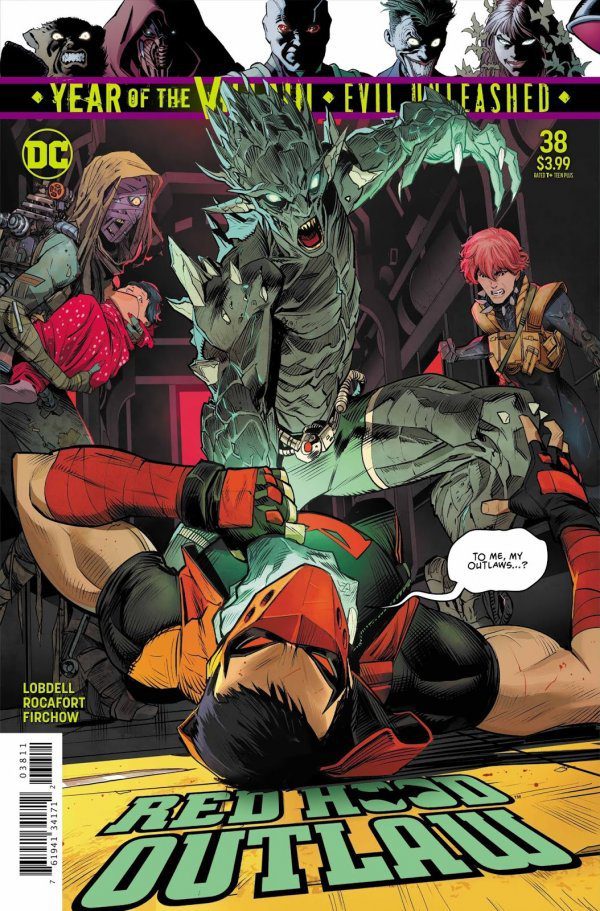 Red Hood the teacher was definitely better in the Red Hood: Outlaw #38 than in the previous issue. It almost feels like we’re watching Batman let Jason learn. Through trial and (mostly) error. Of course, that worked out so well.

Also, as much as there was a little extra attention devoted to Devour and Doomed, it was natural. And Red Hood still had a commanding presence throughout the issue.

The fight between Doomed and Devor was pretty cool, too. In some ways predictable. Though I do question how much it actually humbled Devour. Man, that kid is annoying — just like Jason was as Robin.

There’s some potential in this group. But they don’t give off a 5-star, can’t-miss talent vibe either.

Meanwhile, Artemis and Bizarro are taking their sweet time getting back to their Earth. Can we pick up the pace a little bit guys? I realize Lobdell is trying to establish a few other things before re-integrating them, but come on! I need the Artemis, Red Hood, Isabel love triangle like I need air!

But . . . I will admit, if Lobdell slow-playing Bizarro and Artemis’ return leads to a full issue or two with Pup-Pup actually talking and not being a figment of Bizarro’s imagination, I’m all in.