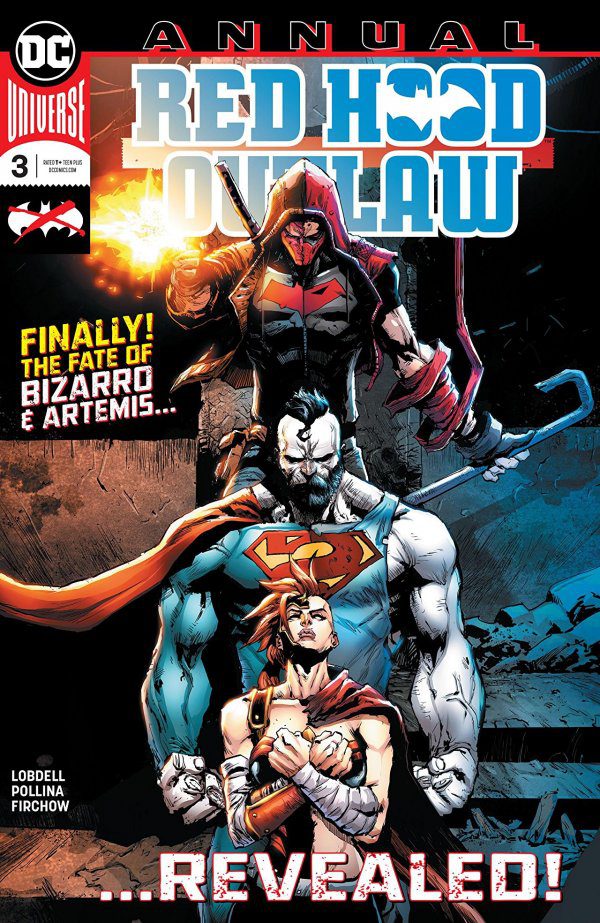 Not only did Scott Lobdell give readers a worthy explanation of what’s going on with the Red Hood’s old partners, he managed to create another interesting world in DC’s expansive multiverse. This fully-loaded, one-off presents new characters — who we may, unfortunately, never see again — who Artemis and Bizarro are forced to work with in order to save the world from a familiar foe.

Jack Knife was a little on the nose. Obviously this alternate reality’s twist on Joker. But he was not the same guy. In fact, he was a hero. But after gaining a better understanding of the reality Bizarro and Artemis, their “Joker” being a good guy kind of makes sense.

Because this whole world is ass-backward.

I can’t imagine all human being in the DC Universe like superheroes. In fact. We know it (see Doomsday Clock). But essentially the entire world turns on the heroes the first chance they get? That seems like a slightly extreme reaction. Safe to say, this reality is a miserable place to be.

However, it all paved for some great strategizing and fight scenes that involved Artemis and Bizarro. It’s been too long since we’ve seen the Dark Trinity in action again.

Admittedly, I prefer Red Hood’s original male Outlaw companion, Arsenal, to Bizarro, but I missed the big guy. And Artemis is the best of all Jason Todd’s Outlaw friends, so it’s about time she was brought back into the fray.

But, things are going to get weird if Jason is still with Isabel when Artemis gets back. (Drama!)

Generation Outlaw should be wild!