Resolutiion Coming to Switch and PC on 28th May

Get those HDMI cords plugged in nice and firm because Resolutiion, Monolith of Minds’ grim-dark cyberpunk adventure, is launching in just a few weeks!

Deck13 Spotlight and developer Monolith of Minds, a team of two angry (and magnificently handsome) brothers today announce the Nintendo Switch™ version and the official release date for “Resolutiion”. The fast paced action adventure will be launching on Nintendo Switch™, Windows, Mac and Linux on May 28th.

A fresh trailer to celebrate these announcement has just been released, showing off the Nintendo Switch™ gameplay for the very first time. In Resolutiion players will slip into the role of Valor, an old killer escorting a curious AI to infiltrate a terrorist network. They will find themselves in a grim dark cyberpunk world where nothing and everything can be real and where they will need to crush a revolt against the dystopian paradise the world has become. 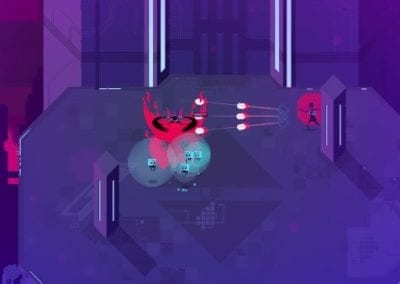