Thanks to Lenovo for providing this review unit.

Starting at just $799, the Yoga 730 is the latest 13″ ultrabook from Lenovo. For a laptop released in 2018, it checks nearly all the boxes the average consumer is looking for: thin & light, convertible, bright display, a backlit keyboard, and pen support. More expensive laptops offer a higher density display (4K), more I/O and better battery life. You may recall I reviewed the Yoga 720 (2017 model) just recently in October. I love that laptop and have recommended it many times. The difference here is the 8th-gen Intel CPU that offers quad-core processing in an ultrabook. It’s a noticeable step up over the Yoga 720. Overall the Yoga 730 is an excellent iteration over the 720 and definitely worth your money.

The Yoga 730 has sharp , slightly rounded edges and a cool double-barrel look around the hinges. The entire chassis is gorgeous and a solid piece of aluminum separate the two pieces. Along the left-side are 2 USB Type C ports with Thunderbolt and a headphone jack. Along the right is simply the USB-A port and power button. In the front, where the chassis opens, regrettably you will not find a lip to assist you with opening the laptop for use. The display hinges are incredibly tight. Coming from my daily laptop, the Razer Blade Stealth which supports 1-hand opening, I was really surprised to find the process of opening the Yoga 730 disappointing. But keep in mind this is a 2-in-1 convertible laptop. You don’t want the hinge to wear out. You may be aware Lenovo produces a 900-series Yoga as well. That’s where their unique and incredibly smooth watchband hinge is found.

Another change from last year is the addition of far-field microphones that support Cortana. Recently Microsoft announced a partnership with Amazon, so the Yoga 730 is about to support Alexa as well. I’ve been using Alexa and Google Assistant for more than a year. I don’t think AI assistants are ready for prime-time yet. But having the support here for the future is a welcomed addition.

If you’re new to the Yoga 700 series, you should know the following: 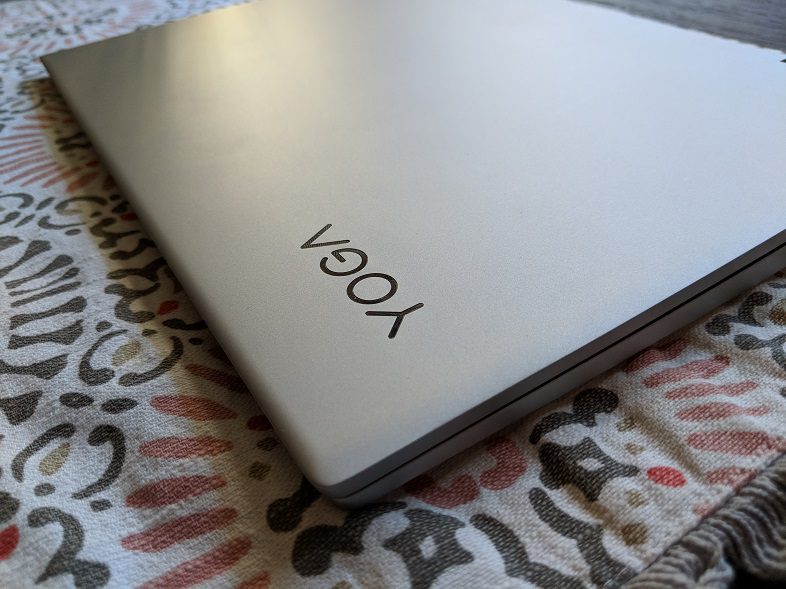 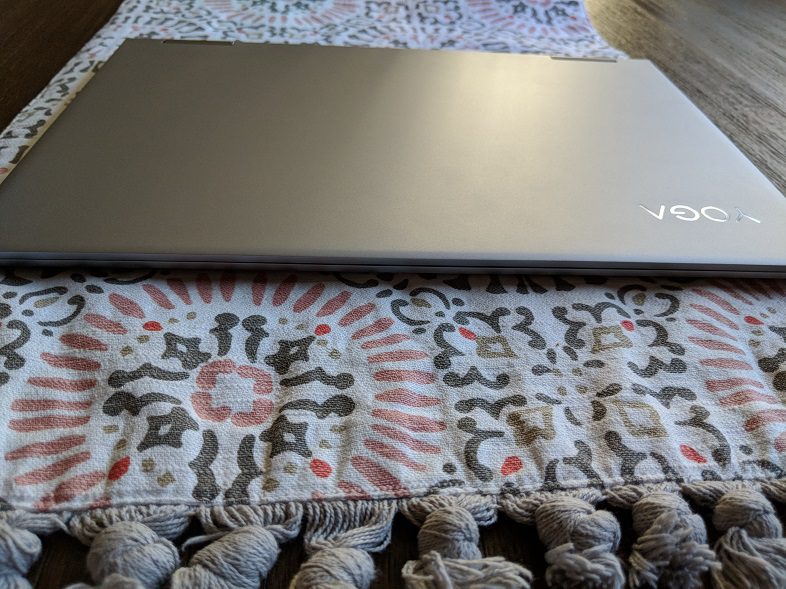 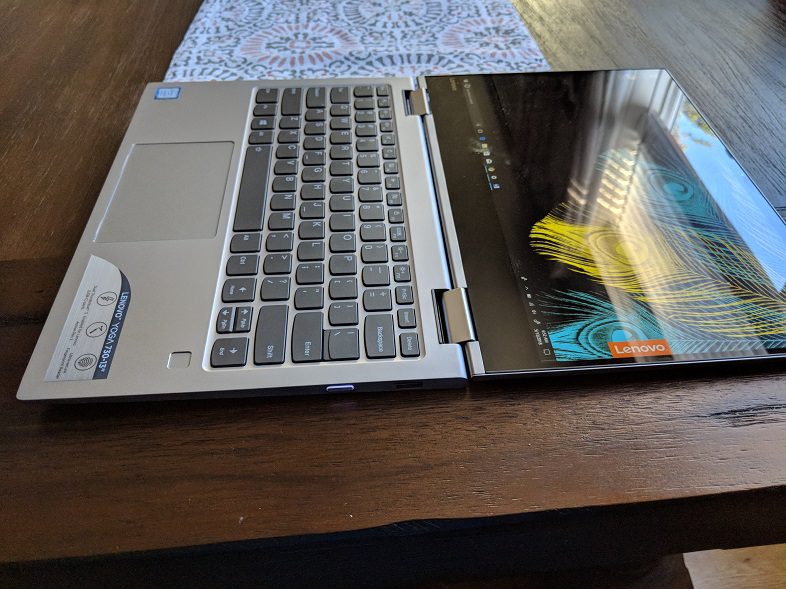 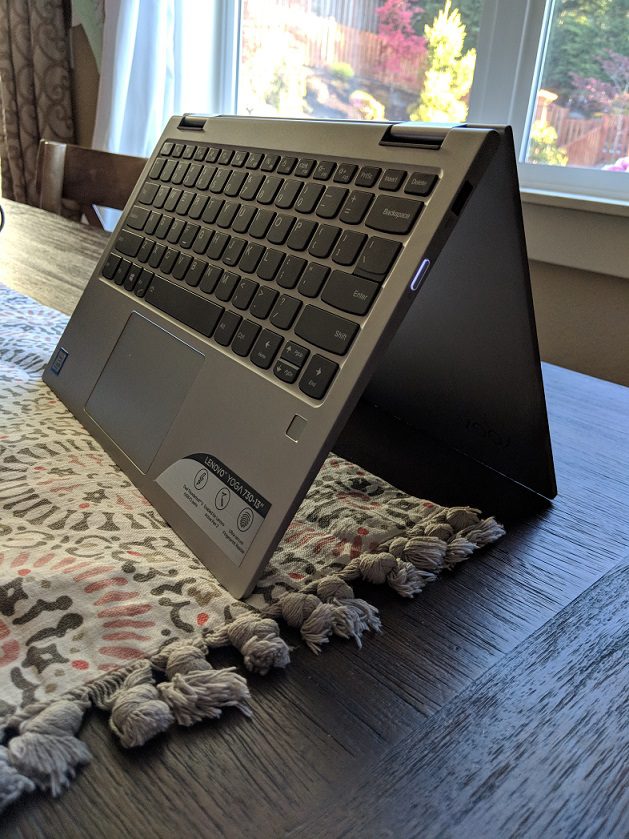 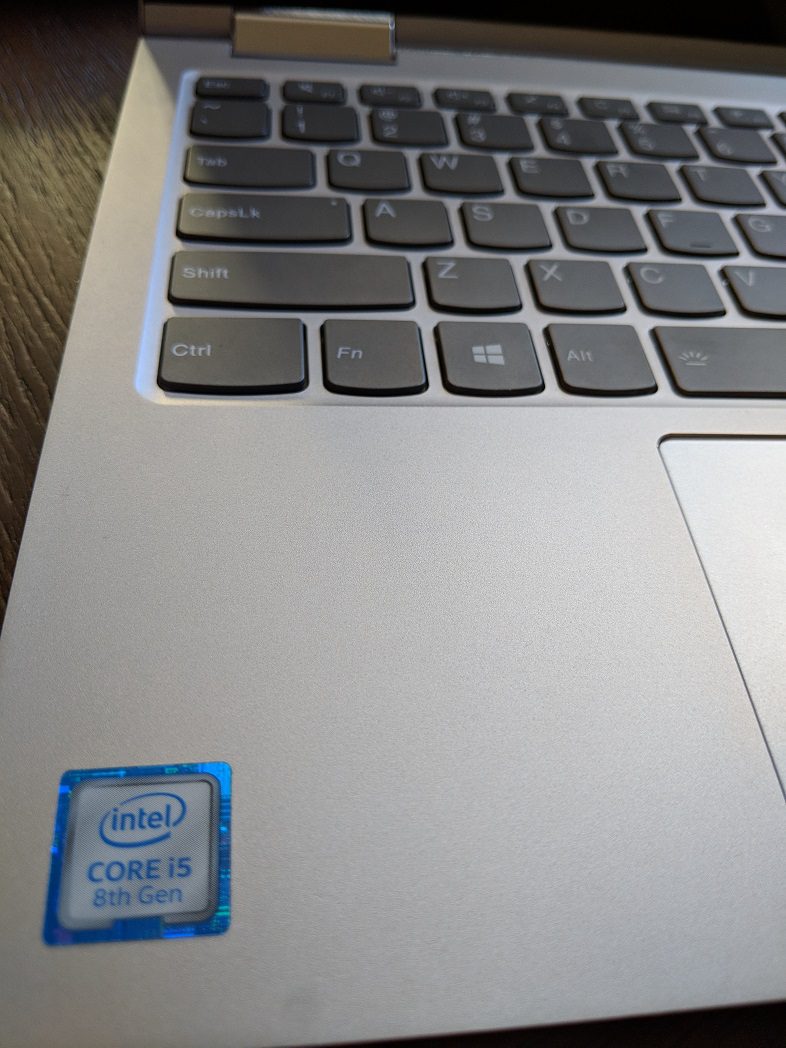 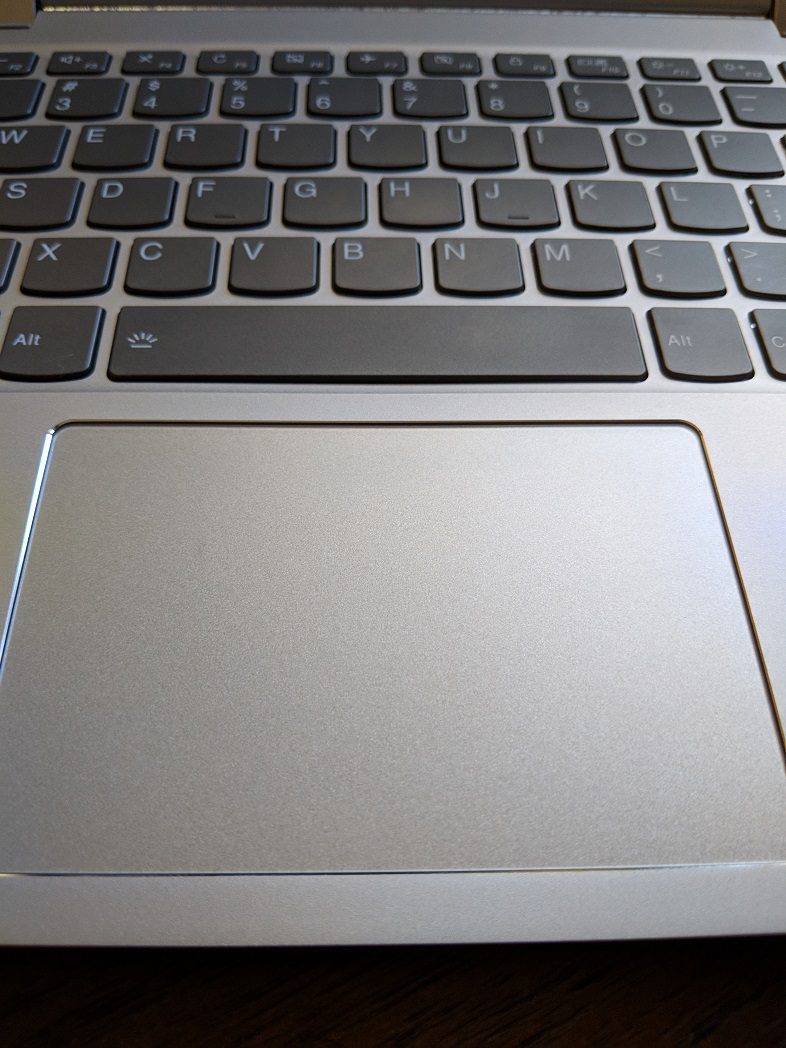 Fingerprint readers are really underrated. Having spent $1200 on the Razer Blade Stealth, I can’t believe how annoying it’s become to type in my password instead of a simply finger swipe, as is found here with the Yoga 730. A step above would be the Windows Hello camera support for facial recognition. Unfortunately that cannot be found here.

Most of my time with the Yoga 730 has been spent in Chrome and the Microsoft Office suite. Even with an i5 processor and the battery profile set to “Better Battery” mode, the 730 performed excellently. If you’re a student or business user, you won’t have any issues with day-to-day activities. Moreover, this is a relatively inexpensive ultrabook that looks great!

If you’re on a budget and looking for the latest Intel CPU in an attractive 13″ design, the new Yoga 730 is for you. 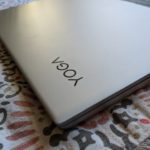