Rick and Morty: Pocket It Like You Stole It #2 REVIEW 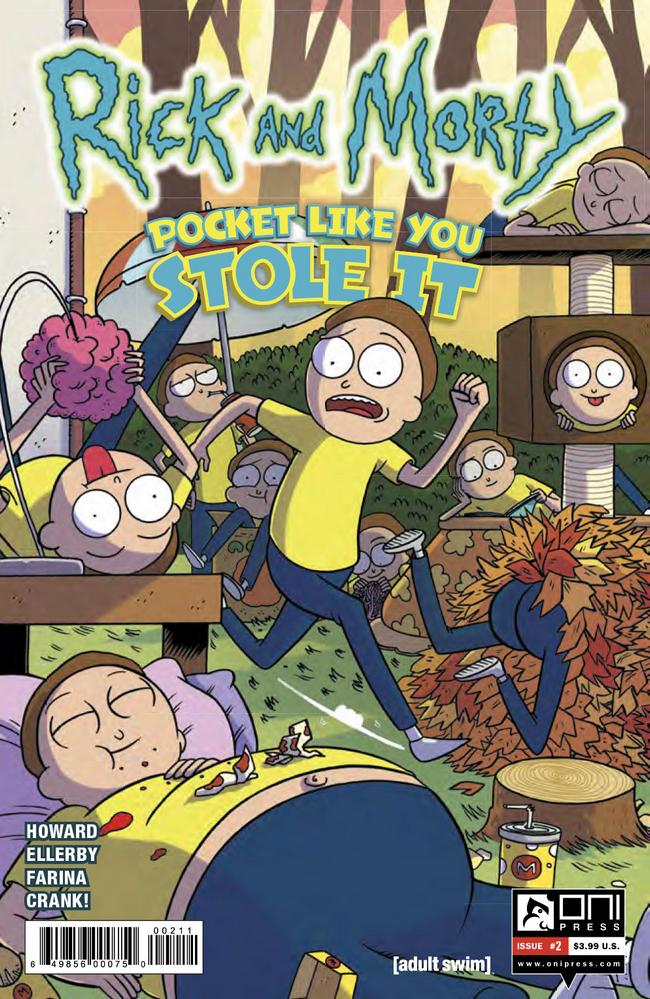 Rick and Morty: Pocket It Like You Stole It #2
ONI Press

A pocket Morty? I must’ve missed something… Oh well.

How many Ricks can there be? How many Mortys can there be? Short answer? Many. With different parallel universes come a unique Rick and Morty duo… or, wait, why do these particular Ricks have so many Mortys, don’t they have their own Ricks, their own homes?

Sorry, that’s not answered here. I asked it to bug you, haha.

But seriously, I would never have thought I would see a Crazy Cat Man Rick and a Hippie Rick… especially that last one, considering he’s all about throwing punches and witnessing the carnage, am I right, or am I right?

It was cute to see all those Mortys nibbling on kibble and wearing silly hats. It started out looking like Rick genuinely cared for these Mortys and liked giving them time away from their respective universes for a break… until our little Morty didn’t adhere to the rules he knew nothing about. Let’s just say, Rick neutered Mortys, and our pocket Morty was close to losing his lil’ fire hose. 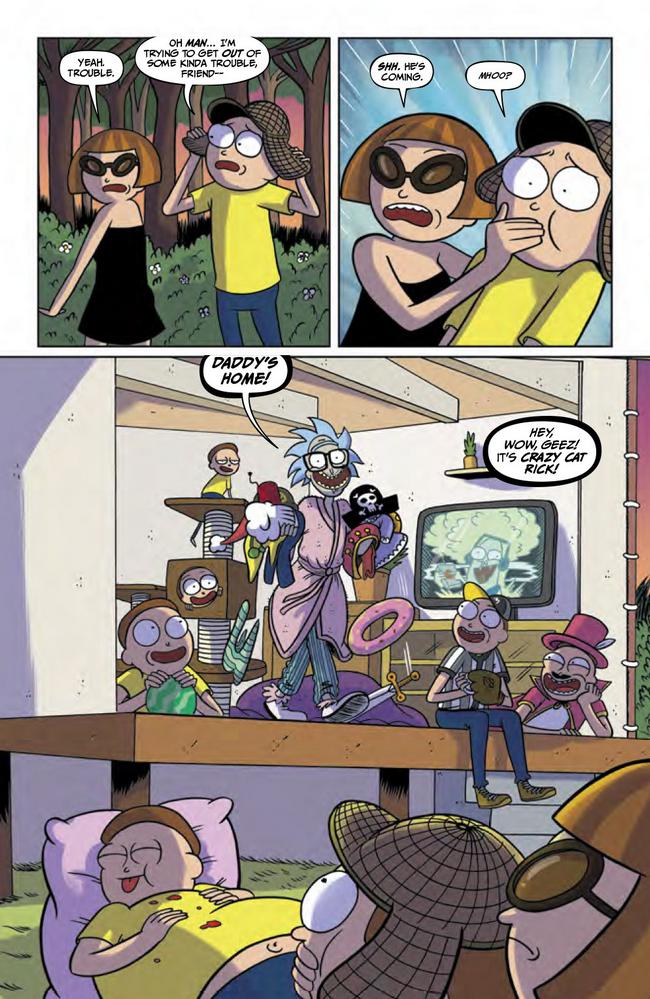 Have you seen this:
STAR WARS ADVENTURES: GHOSTS OF VADER's CASTLE # 1 (REVIEW)

Distracted by a Morty enacting some cute feline behavior, Crazy Cat Rick runs back home, leaving our Morty alone, only for him to bump into another Rick, this time, Hippie Rick, drunk off of Kombucha. There’s really not enough alcohol in Kombucha to get drunk off of (I know, I drink this stuff) so Rick hired a BUNCH of Mortys to work the fields in order to grow and pick the ingredients to make the drink Hippie Rick can get wasted off of – and he needs A LOT. Morty learns from Hippie Rick that there was a time where Pocket Ricks existed, but they soon killed each other due to their lust for violence and killing. They rebelled against those who kept them and were soon free. Morty then believes he needs to round up all the other Pocket Mortys and form their own rebellion, but Hippie Rick has some bad news, all the Ricks put in a failsafe so that never happens… “A failsafe made of total dicks,” I mean a Council of Ricks.

So many Ricks, so many Mortys… so little time. But time is an illusion, right Rick? Er… Rick?

Oh yeah. My universe doesn’t have a Rick… or a Morty… damn! I could really use a Meeseeks!