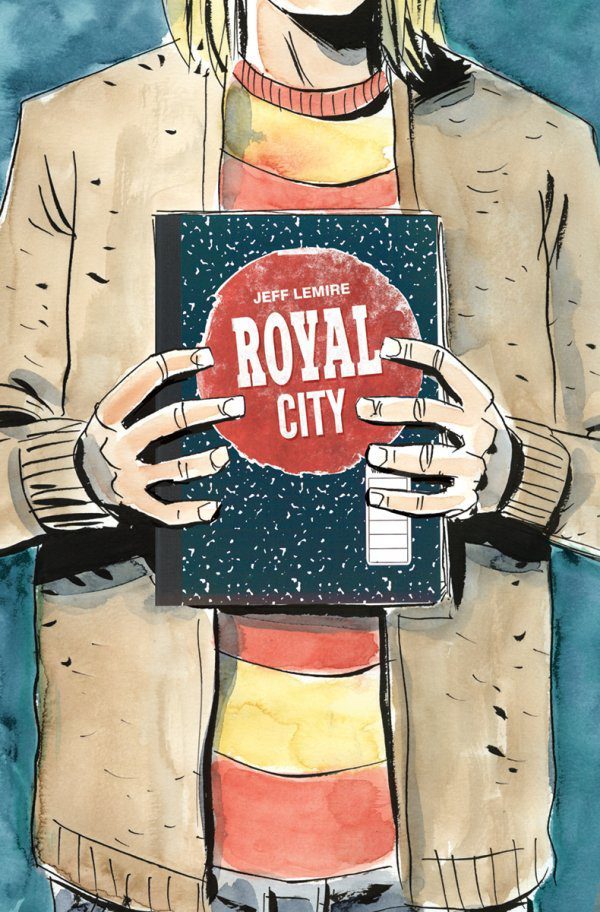 We’re winding down to the last four issues of Royal City and things have finally come to light for Patrick as he discovers why things have fallen apart so badly with his other siblings. We don’t get a lot of Tommy in the issue but he is a very much big deal in the subject matter for this issue. I think forgiveness can be used to describe some of the themes that are going on in this issue. With Patrick finally sitting down with his wife Greta to finally see where their future together may be, and even Tara and Richie are finally having a talk and it certainly feels like it’s been forever since they’ve seen each other. A lot has been built up and if things aren’t shared, it could be downhill in more ways than one for some of the Pike family members here. I love how Greta was the one to come out and see what she can do to help with her and Patrick’s marriage.

The biggest flaw in their relationship from what we have seen has been the lack of communication between the two. If they were to keep shutting each other out, I’m sure it wouldn’t be long until divorce papers were sent from either of them. You just feel like Patrick has just given up on so much since he came back to Royal City. Tara seems to finally be ready to try and just start things over with her brother Richie. Something from the past really put some friction between the two and we learn what happened and it’s understandable given the lack of responsibility Richie takes for himself. But here she is, trying to salvage what they have to try and be a family. It’s just up to Richie to pull the same weight if not more because he has a long way to go to so he can improve things with the rest of his family.

The art from Jeff Lemire continues to draw you into his characters souls. Even though his style isn’t necessarily clean, it just works really well with the stories that he’s telling here. I feel like it really brings out the sadness and rough edges of these characters that really can pull a reader in. You want to see things come out better for all of them, and it just hits really hard when you can relate some of the tension and inner turmoil that the characters go through. One thing you can learn from reading about this family is that you never want to leave regret with the ones you have around you.