Rumors Heat Up for the SNES Classic

Be still my heart, the SNES Classic may be closer than we think.

Eurogamer has cited sources claiming that Nintendo is working on a follow up to the popular NES Classic. Supposedly due by the holidays of 2017, this could explain the sudden halt in production of the miniature NES that came with 30 games pre-downloaded on to the system. 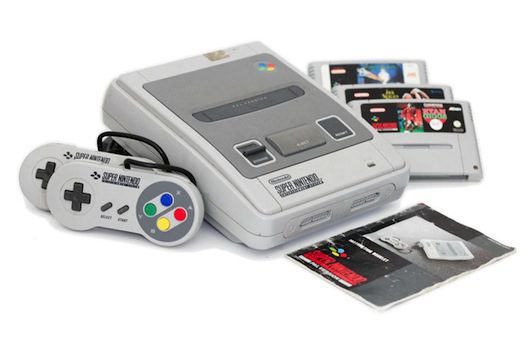 Nintendo has been defending their decision to discontinue the product stating that they did not intend it to be a long term production. Hopefully fans will be appeased by the announcement and the widespread supply issues will not be repeated.

With over 49 million units sold the Super Nintendo has an extremely feverish fan base that has been clamoring for this since the announcement of the NES Classic. I have no doubt that the SNES Classic will be a success but the key to assuaging the Nintendo nostalgics will hinge on the included games. The library of the Super Nintendo was vast and choosing thirty will be tough. Just think… Super Mario World, Link to the Past, Donkey Kong Country, F-Zero, Castlevania IV, Actraiser, Aero the Acrobat, Super Metroid, Star Fox,  Street Fighter II, Chronotrigger… the list goes on and on. Not to mention some of the great licensed games that have aged quite well (Super Star Wars, Power Rangers, Captain America and the Avengers).

Have you seen this:
The Devil’s Trick

It’s a shame that the conversation will be overshadowed by the lingering pain of shortages but I for one could not be more excited to welcome the new addition to the series. Look for more news on the SNES Classic in the coming months.

Are you excited for the SNES Classic or do you still have a bad taste in your mouth from the last round of Nintendo nostalgia? Comment below and stay tuned to GWW for more Nintendo news.