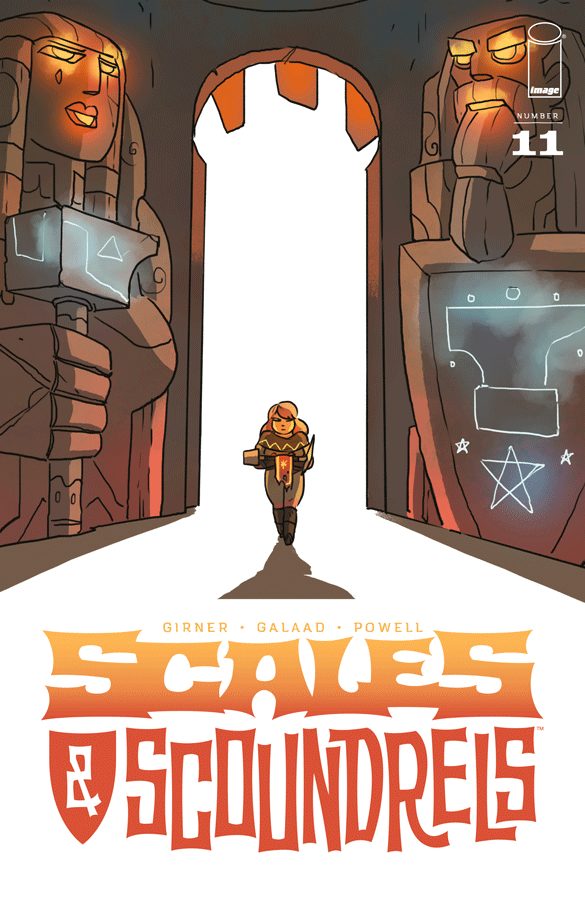 This is the first issue that does not feature the main character, Luvander and instead focuses on Dorma and her return home. The issue’s main focus is the struggle that Dorma is dealing with from her journey. The death of her brother Taras and how her hometown of Archfire has fallen in despair.

The art and story are strong and are worked together in a way that helps blend the present and past. This blend helps bring a great coherent story that explains Dorma’s relationship with her brother and how profound the loss has been on her and the family. Being able to blend all of these emotions and styles shows how much faith Sebastian and Galaad have with each other.

Dorma, in my opinion, was the second strongest character after Luvander. The way Dorma navigates the loss of her brother shows that she is capable of anything that comes her way. Since her appearance, she has only gotten stronger as a person and grows from each new encounter.

Sadly, this issue is bittersweet as it was announced that there is only one more issue left. Since issue one, I have been a massive fan and knowing that the series is going to end was a somber moment.

Scales and Scoundrels #11 is strong and has followed the path of the second story arch to expand on the universe and showcase the different struggles found in it.