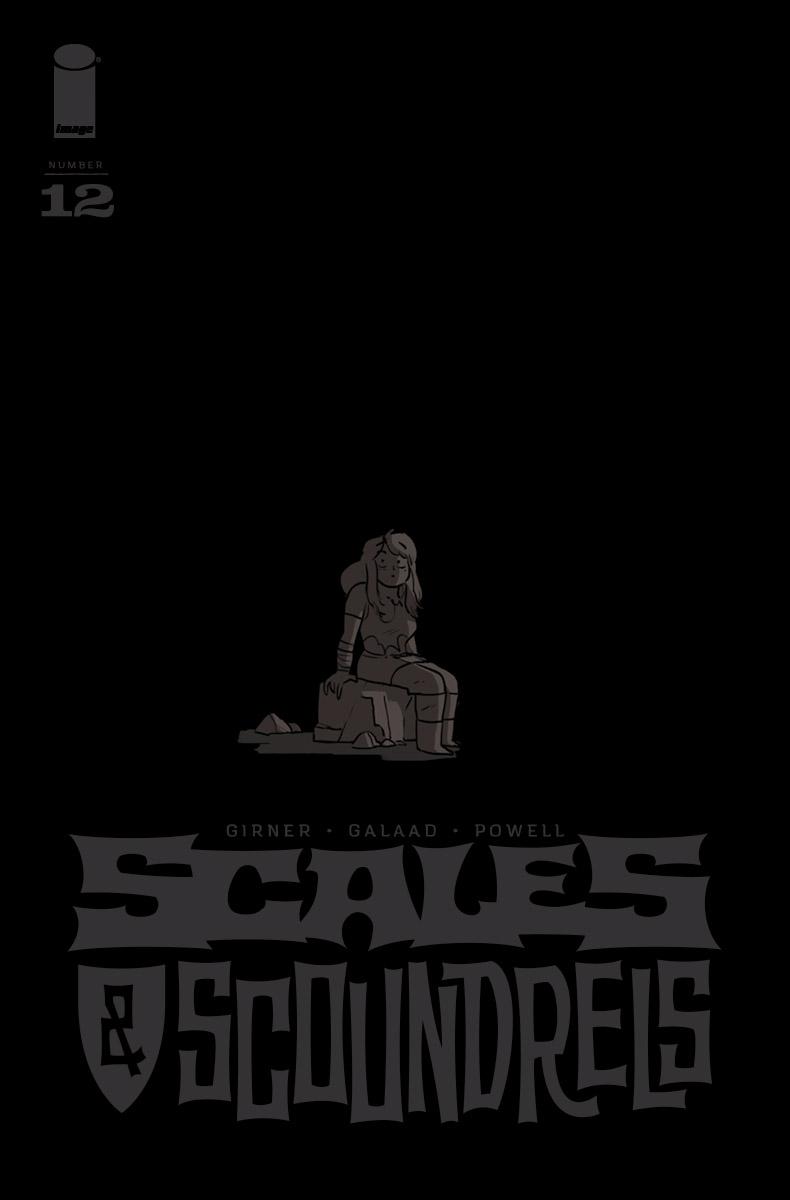 This has been one of my favorite series since it was first published a year ago when I did an advance review of it. One of the things I wrote in my initial review, was that I hoped it took its time to develop the characters and not rush them. Galaad and Griner did just that and gave us a world that was beautiful and amazing.

Sadly, issue #12 will be the last for the series. Griner and Galaad have stated that hopefully, they will be able to return and continue the story. This is something I will be looking forward to as it has been in my opinion one of the best fantasy books in a long time.

The issue continues the story of Dorma and her struggle with coming back home. She is trapped in the tombs by a cave in that was caused by other dwarves using explosions. Dorma is now tasked with finding the other dwarves and a way out. This is an important moment for Dorma as she needs to find out what she is capable of on her own.

Have you seen this:
Inkblot # 1 (REVIEW)

Galaad nails the art again in this issue. Being able to use the limited color palette and still give depth and uniqueness to each character. This shows his skills to adapt his style to any surroundings and still be consistent throughout the issue.

Girner story is solid as well. We can see the growth of Dorma from her imagining Luvander, Koro, and Prince Aki as a representation of that growth. This has been the strength of Scales and Scoundrels by showing characters growing and changing.

Scales and Scoundrels #12 wasn’t supposed to be the final issue. This works as a stopping point as we are not given a rushed ending and we can pick up where it left off similar to what Rat Queens did. I am going to miss this series and when it does come back, we can see what Prince Aki and Koro have learned from their adventures like Luvander and Dorma have.