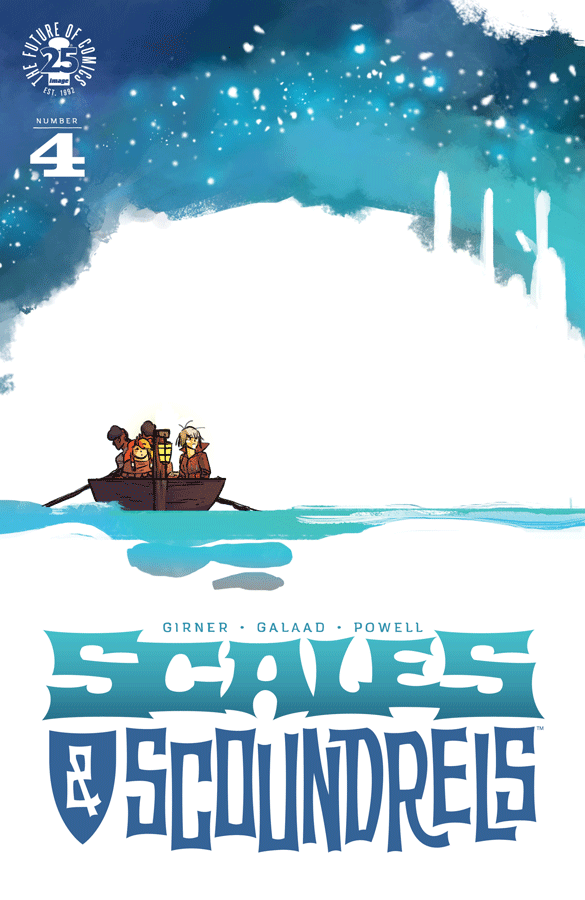 Written by: Sebastian Girner
Art/Cover by: Galaad
Letter and Design by: Jeff Powell

The artist Galaad, being new to the American scene of comics has a bright future here. The first panel in this issue has that dark depths of an underworld tone to it, and yet it is very luminous. His details in this issue are remarkable. One example is the large faces scattered throughout the issue which gives you the feeling that someone or something on a large scale is watching or guiding our heroes. You see it as they are crossing a pillar on one panel. In another panel as all the heroes are leaving Sogbottom Cave. A face that adorns a cave wall has that Cubist style much akin to Pablo Picasso. I have no idea if Galaad is a Picasso fan, but it looks like he drew inspiration from him. The detail for the coloring he uses is marvelous. You know that they are underground by the earthy tones he uses while they are in Yaji’s abode. No bright colors adorn a dwarfs domicile. Finally, I loved the black and white panels for the flashback scene. When I see black and white, I think something ominous is about to happen. Yet in one panel the dwarf, his Isp, and the rock are gleeful as if they all knew what was about to be discovered.

Sebastian Girner said in an article that he was excited to tell Dormas story. I didn’t expect some of the backstory for her in this issue. I didn’t see the tragedy that was about to transpire. We, Scoundrels, hope that Dorma finds Taras and he is alive and well! The writing when Lu is reunited with the party was hilarious. They are happy she is alive and Lu has one thing on her mind, food. The pleasantries can ensure once her belly is full. 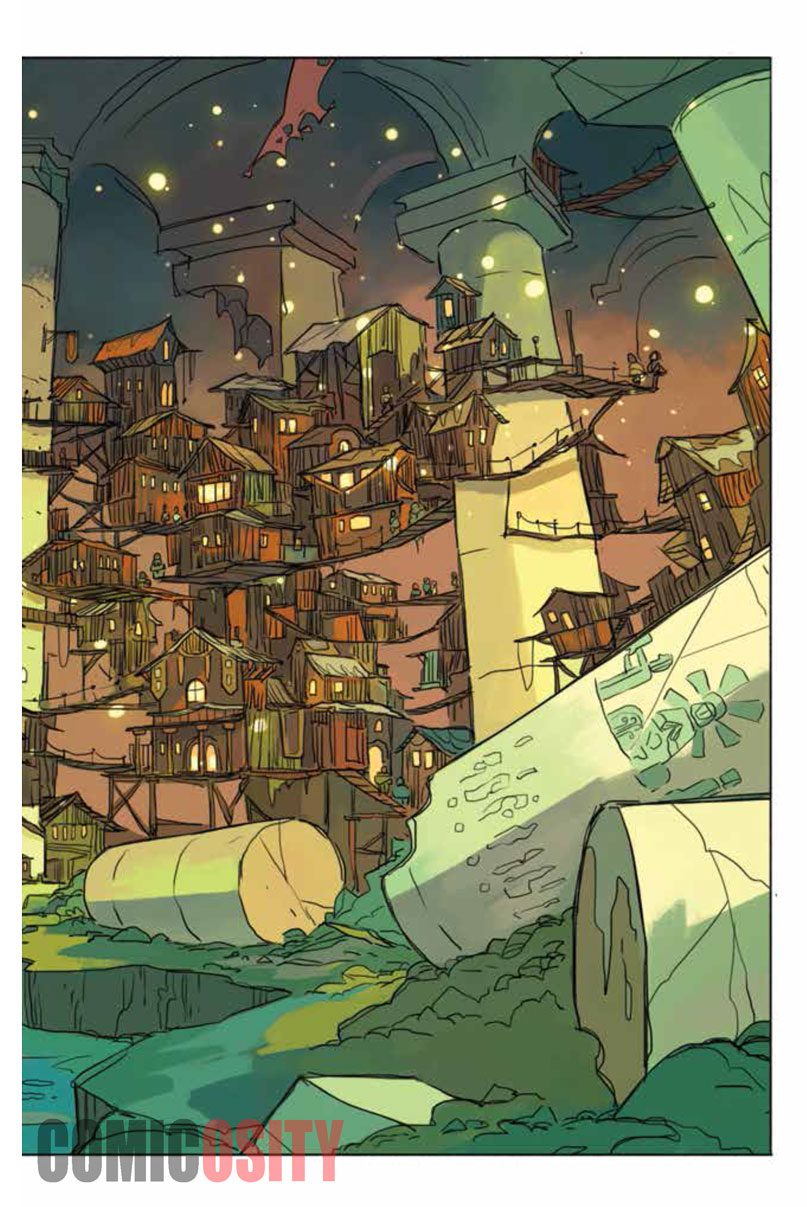 The conversation between Lu and Koro was what was expected in this issue. I was hoping that Lu had a sneaking suspicion that Koro was to blame for the fall off that rope bridge from the previous issue. Its Seems Koro has a little dragon luck in her veins as well. Koro has one main duty and that is to Prince Aki. She is duty bound to the Prince and will not let anything hurt him not even his dreams of adventure. The tension between Lu and Koro is building up, however, they have other issues to worry about. Such as the adventurers falling off the face of the Earth. I am certain Lu didn’t need another long drop into another body of water. They do survive, a little wet and happy to be alive. They are also ecstatic to be where no one has been before. That is until they see an isle and it has a temple on it. Is the temple abandoned?

Well from the looks on their faces and what is behind the price says otherwise. Does the party of 4 plus their little Isp make it to the island? I am sure we will get some more answers and questions in issue 5.  On the topic of issue 5, it seems that Koro is covered and kneeling in blood. Is this the price that must be paid for all the treasure on the cover?

I really love Scales and Scoundrels! It reminds me when I played tons of RPG’s in the mid-80’s. So if you have played or are still playing RPG’s you need to add this to your list of comics to read. This comic is rated E for everyone, so its great for the entire family.