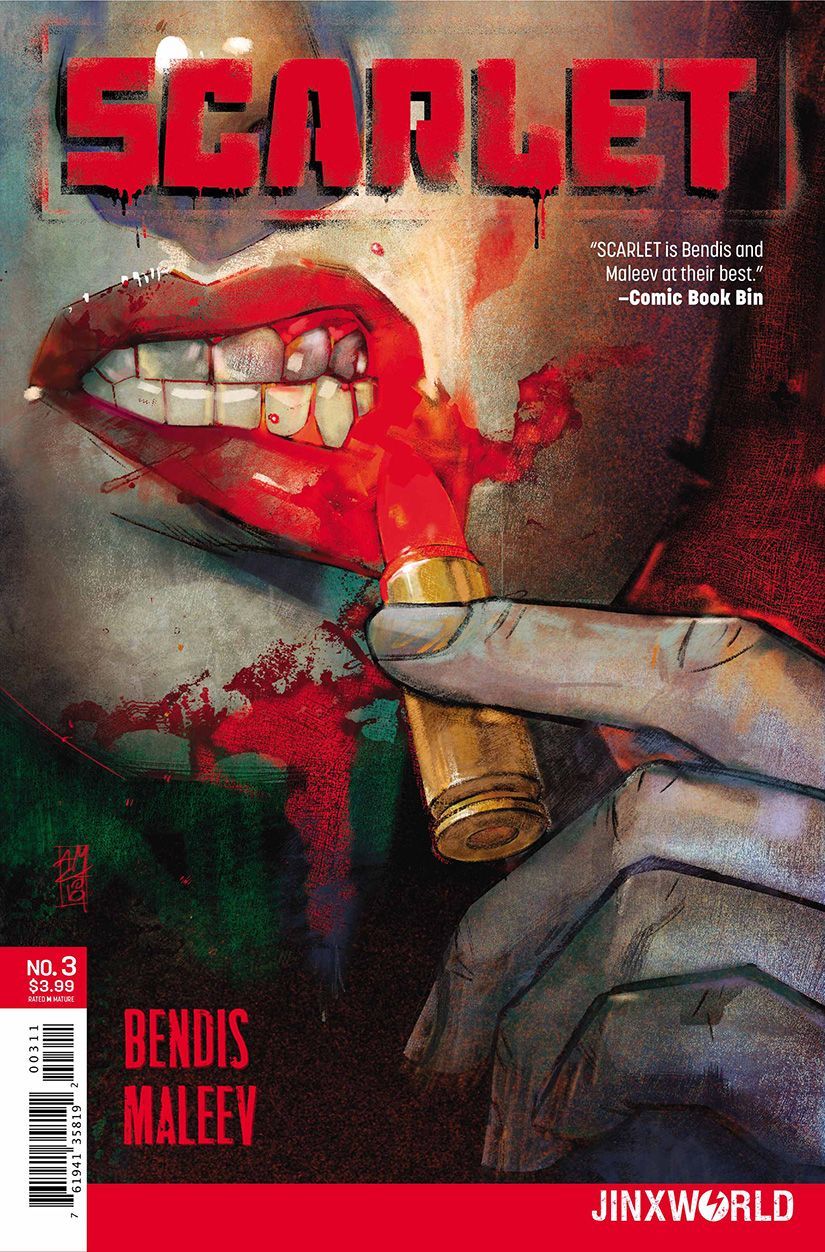 The new wave of the American revolution continues in issue three of the fantastic series from masters of their craft Bendis & Maleev. The war in Portland continues and the room for escape grows narrower as the action intensifies leading to a dangerous cliffhanger. Scarlet know what must be done and knows the time for the final conflict grows nearer. Can she lead the resistance to peace? Or will Portland perish?

This issue sets its focus on a character named Kit and her history before the revolution. We see her before the war began and how her life is affected both before and after. It’s a focal point of the whole issue and made look at the series from a different perspective. Up until this issue id really been looking at things from the resistances viewpoint and this issue flipped things around. As Scarlet states in the issue “If theres a hero in every story entitled there’s an asshole in every story too.” I found this a great way to approach issue three with now knowing the main characters and plot it was a genius written to take a look at the situation as a whole. As with the previous issues it touches upon real events taking place within our own world.

The second half of the issue sees once again us look at things from another point of view and with a deeper more personal touch. Scarlet is seen gearing up for a final confrontation and I’m more than excited to see how it’s all good img to end. It’s dialogue in issue three is limited but not missed with the use of Alex Maleevs stunningly suited art. The pages without text bang with vibrant explosions or dark moody claustrophobia alluding to each panel more than text would in most cases.

The issue is short in terms of its story by text but not in its direction and building up it’s finale. The characters were properly explored in the first two issues allowing this issue to focus on the acts and consequences of their actions. It’s brilliantly paced in that it flows in a somewhat cinematic way. It never feels rushed or that its dragging at any moment and it’s something I could drift off reading if it was a much larger story. I wouldn’t say any issues have been superior over any others it’s just a magnificent series that challenges the times we face in society. I’ve loved this story of the rebellious redhead so far and eagerly advise you to pick up the series.