Simm to Return to Doctor Who

John Simm will be reprising his role as the Master in Season 10 of Doctor Who. To a non-Whovian, this may sound like non-news. However, standoffish Simm has done nothing but complain about Whovians since finishing his stint as the arch-nemesis of our favorite Time Lord in 2010. 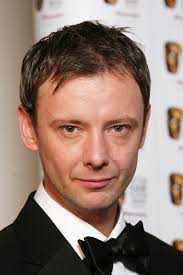 He has stated that Doctor Who fans make his life a misery and to just “Leave (him) alone!” I get it. It has to be hard to go out with family when people are hounding you about something you did a few times.

But, why come back? The show has a notoriously low-budget. Could the pay really have been that good? He seems to have steady work such as his most recent TV series The Catch, but who can ever tell. It’s certainly not my place to say. I’m sure that we’ll find out after he’s off the show again and starts to go into how delusional we all are.

He did make an exceptional Master and will not be replacing Missy but instead will be facing her. Will they be working together? I can’t envision the Master cooperating with anyone even his/herself.

I guess Steven Moffett wanted to go out in style, because an entire slew of Season 10 news has been making it’s way to fans almost daily. Is there going to be a season to discover by the 15th? I’m beginning to wonder.

Doctor Who dr. who john simm news Television TV Show
Are you an Insider?News, reviews, & updates are just the beginning.