SNK Heroines is a 2-on-2 tag team fighting game. It consists of 15 characters as you fight your way to victory by performing killer techniques. This is not your typical fighting style game, let alone your typical SNK style game. Of course, as you can imagine by reading the title, this game consists strictly of female characters, majority of which have appeared in previous SNK titles such King of Fighters and Fatal Fury. The fighting style is pretty straight forward, there are your light and heavy attacks and are all done by a single buttons. Then of course, there are your special attacks. In the game players can only knock out the opponent by using your special attack called a Dream Finish, this requires players to have a full stamina gauge in order to do so. Players will have to deplete the opponents health bar, but when a small percentage is left, you will hear a bell in the background signaling that you can now use your special attack to finish off your opponent.

With every match completed, whether it’s via story mode or online, players are awarded with gold which they can use to buy a numerous amount of things in the online store, including accessories of the characters. That seems to be one of the bigger attractions to this game, the customization. Players can spend their gold on gear ranging from animal ears, to headphones to wings. 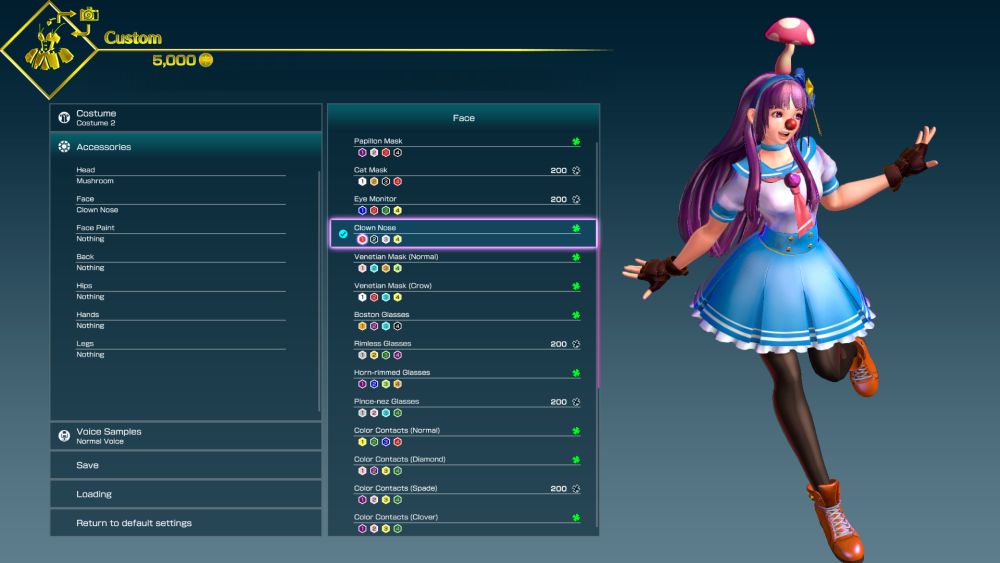 In story mode, there is a mysterious hooded character that brings all these SNK Heroines together by transporting them into some sort of pocket dimension to fight each other. This was one of the first moments, I realized this game doesn’t quite take itself too seriously as the antagonist dances and makes funny gestures throughout the cut scenes. The story is actually really short. I didn’t quite track my time through story mode but I would say it took about 30 minutes or so. I think the tutorial was shorter only by a few minutes. One of the reasons of this is because, although you are fighting with two characters, your team in fact shares the same health bar this causes matches to run pretty short. One of the things I found hilarious was the appearance of Terry Bogard of the Fatal Fury series, who in this version is a female. Or as the internet may call it, “Rule 63”. 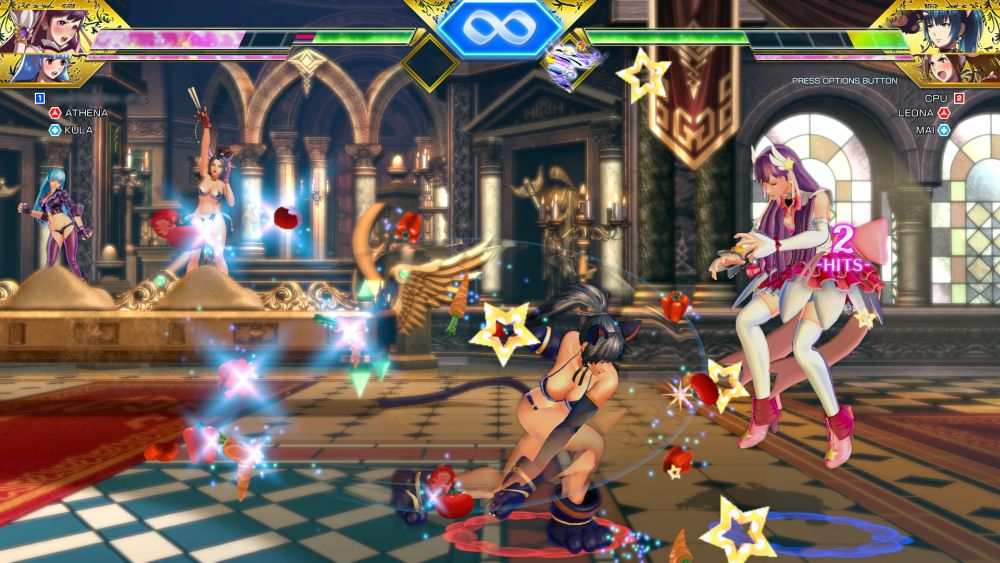 The graphics are pretty well done. Everything from the character designs, to their costumes, their special attacks as well as the levels are very bright and radiant. The load screens prior to the matches really dragged though. I’m not against load screens, I understand it’s expected but there were times where it felt like it would take 20-30 seconds just to get into a match and this was running on a PS4 Pro. When a match usually lasts in a matter of minutes, the load time can  get a bit tiresome.

Like I said, this is a game that doesn’t take itself too serious and in all honesty, despite it not being like a typical SNK fighter, I still had fun playing it. I don’t think the story itself has a lot of replay value but It’s a very casual fighting game that’s fun to play with a group of friends or if you are just into the SNK ladies. I did review this on the PS4, this game is also out on the Nintendo Switch as well. I have to say, you may expect some looks if you are playing this out in public on the Switch, just in case the scantly clad characters and exaggerated “physics” wasn’t enough of a tell.