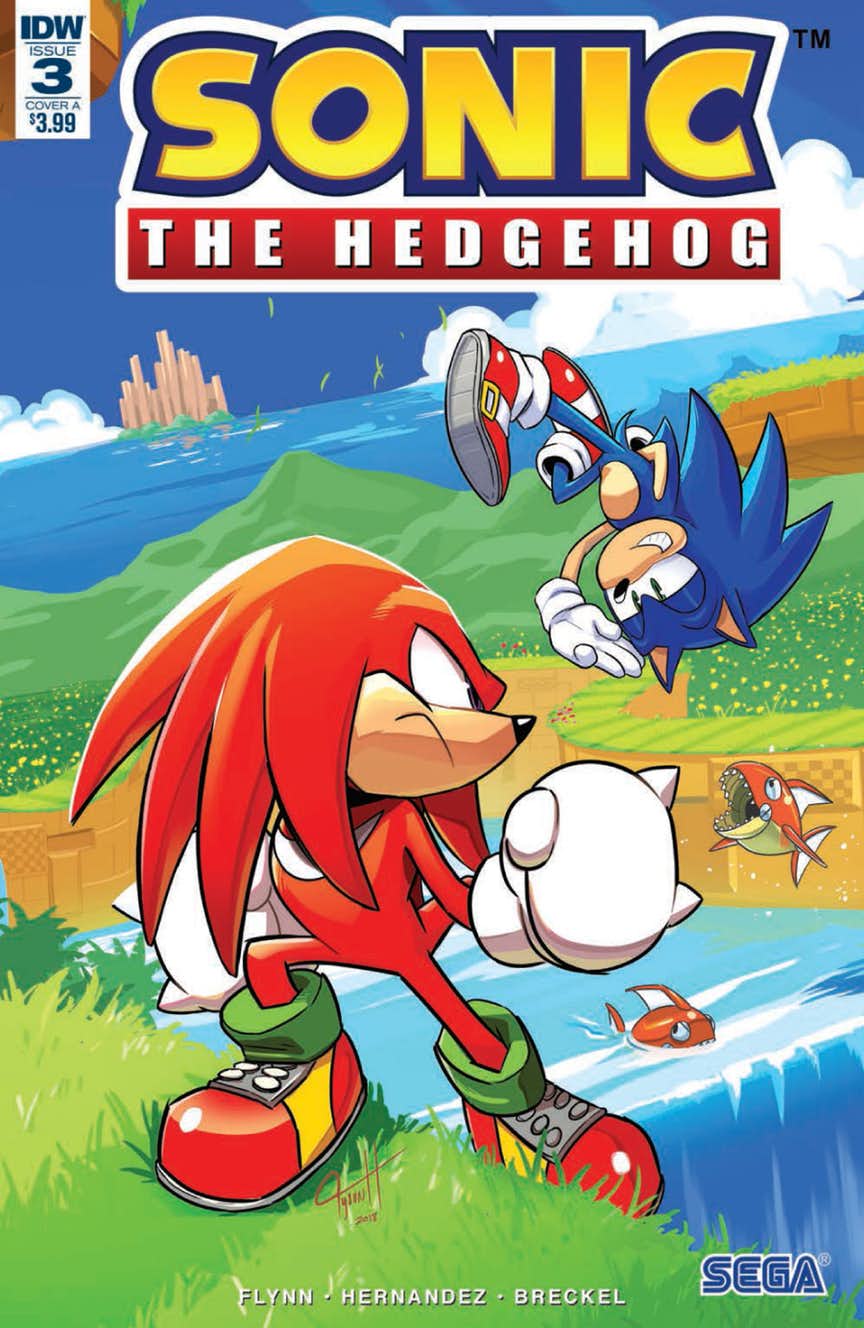 Sonic The Hedgehog #3 continues the start of a new beginning with many familiar things for old fans that are jumping in. Like in the previous issues of this new series, we see Sonic going in to help another town from a robot attack, but this time we get to see him team up with his pal Knuckles. It’s definitely done right when you have Knuckles introduced by showing him using his famous fists. I’m glad to see he’s not the typical brute on the surface that many think of him as. You can see that he enjoys his fights, but all for the right reasons. The new duo of villains that we get introduced to end up being nothing but a couple of jobbers. This is a bit disappointing since the last issue ended with a tease of them but the fun that was had with Sonic and Knuckles as they squared off was enjoyable enough thanks to the jokes the accompanied there team-up.

We still aren’t shown who it is that’s been behind the recent robot attacks since Dr. Eggman has been beaten, and I do hope we get a nice surprise whenever we do get that reveal. The art is your typical standard Sonic the Hedgehog art that we’ve had in the past. This isn’t a bad thing as it’s still very recognizable and the style essentially makes it look like a cartoon show. I would never say that Sonic’s comics were really ever known for their art, but more so for their story arcs. Right now it’s still a build up on establishing the characters and the world they are all in. I certainly do hope we begin to see some weight put onto the heroes here soon because right now we have gotten just these rather simple one-off adventures with little built up on the bigger story for what’s set to come. The best part here though is the interaction between Sonic and his friends. Their teamwork is in sync which is why right now none of their fights have been difficult for them.

Right now the new series is a great entry for younger and new fans of Sonic in his comic world but fans of the previous run may be left with a bit more desire. Even at that, old fans will still find some enjoyment out of it but if you’re not a fan of the blue speedster, you’ll end up passing up on him.