Coming off an impressive E3 2016 loaded with exclusives, Sony continued to show that their primary focus is on games by opting to not even mention hardware during this year’s showcase. In fact, Shawn Layden, President & CEO of Sony Interactive Entertainment America and Chairman of SIE Worldwide Studios, only appeared on stage twice. His presence was mainly to introduce the showcase’s trove of gameplay reveals and trailers. There were neither flashy sales pitches nor long-winded industry jargon. Sony simply reinforced their commitment to gamers and developers by letting the games speak for themselves. Unless specifically stated, all of these titles are considered PlayStation exclusives. 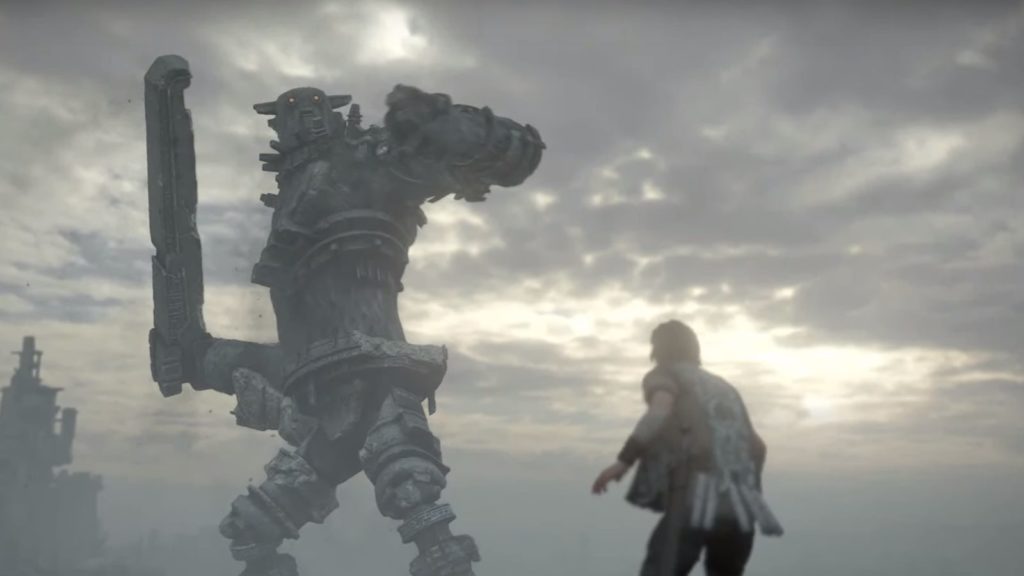 Sony didn’t come to this year’s showcase palming as many aces as they did last year, but that doesn’t mean we didn’t get to glimpse some exciting new titles. A pair of DLC trailers spearheaded the showcase, revealing the new ruins and environments players will explore in the already-announced Uncharted 4’s “The Lost Legacy” expansion. The showcase’s first surprise was Horizon: Zero Dawn’s “The Frozen Wilds” DLC. This upcoming chapter in Guerrilla Games’ graphical stunner takes players to a new, snow-swept mountain region. Aloy appears to be the main protagonist for the story-based DLC, and you can rest assured that there will be new weapons, armor, and enemies introduced along the journey to confront whatever “guards the mountain.”

Activision’s Destiny 2 revealed a new gameplay trailer that introduced the main villain, which could help give the story the direction it lacked in the first iteration. The trailer also revealed that exclusive content (most likely timed) will be released on the PlayStation 4, including the “Lake of Shadows” strike mission, a PvP map named “Retribution,” and various weapons and armor. Destiny 2 will release on PlayStation 4, Xbox One, and PC on September 6th.

Monster Hunter: World was revealed for PlayStation 4, Xbox One, and PC with a release date of early 2018. The trailer focused on the game’s stealthy survival gameplay, showing a single player using traps, the environment, and a big sword to take down Jurassic monstrosities. Monster Hunter: World will reportedly support drop in/out four-player co-op and retain the series’ mainstays of crafting and skill-based progression.

Finally, although Marvel vs. Capcom: Infinite had already been revealed, a new trailer was accompanied by the announcement that a story demo is available for download today. As in, right now. A few new characters, including Black Panther, Dante, Gamora, Nova, Thanos, and Zero of Mega Man X fame were also shown. Marvel vs. Capcom: Infinite will release on PlayStation 4, Xbox One, and PC September 19th. 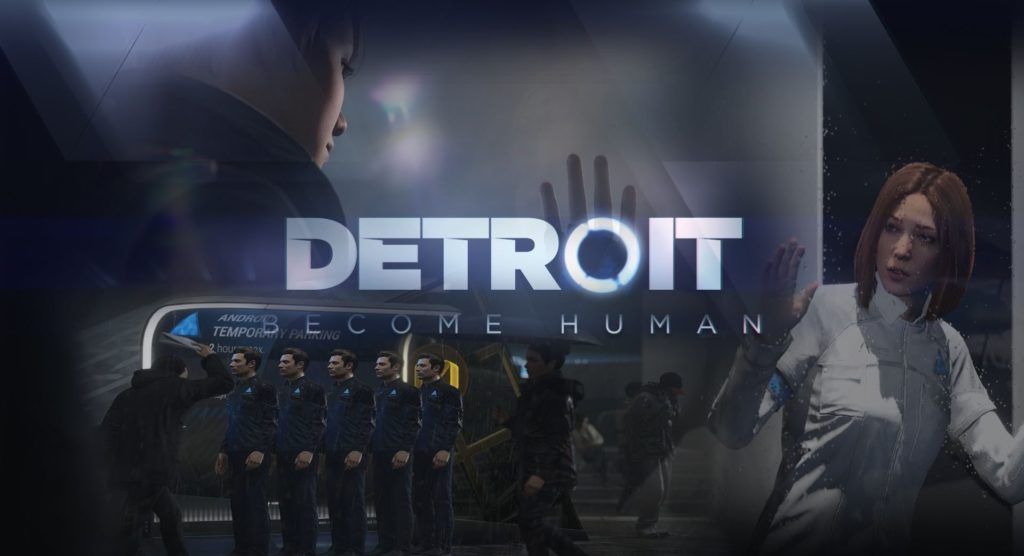 Although Sony didn’t come packing as many surprises at this year’s showcase, they did offer players closer looks at gameplay for many of their upcoming titles.

Further details regarding gameplay and other elements for Quantic Dreams’ Detroit: Become Human were finally revealed. A new character named Markus, an android vigilante on a quest to free other androids from the oppression of humans, is introduced and featured alongside a close-knit group of resistance members throughout the trailer. Moment-to-Moment gameplay is shown to be heavily dependent on choice, displaying many different options to negotiate the game’s confrontations in line with Quantic Dreams’ past titles. Markus and his resistance group use sabotage and stealth tactics to quietly infiltrate the CyberLife stores they’re targeting. Players can run, hide, or climb over obstacles by choosing between different routes during tense encounters. We also catch a glimpse of some “choice-arcs” throughout the demo, showing that taking a “violence” or “pacifism” approach will have a heavy impact on the world around you and the way your resistance group is perceived within it.

Days Gone, SIE Bend Studio’s upcoming post-apocalyptic zombie thriller, was given a lengthy new gameplay demo, which starts with Deacon (the game’s protagonist) riding a motorcycle through a lush pine forest during a rainy night. Deacon encounters a group of wolves and while outrunning them, clears the brush and rides onto an asphalt road as dawn approaches. He’s ambushed by a group of raiders and engages in visceral close-quarters combat using a knife and rope as killing instruments, The Last of Us style.

As Deacon continues his quest to find a missing friend, we are shown that players will be able to use binoculars to scout enemy camps and plan the use of traps that can not only kill enemies, but lure the undead lurking around the world to attack them in a fast-moving swarm of rotten teeth and nails. The end of the demo shows the more light-sided dialogue between characters despite the bleak situation, and reveals that the game might get creative with its creature design by introducing a lumbering, barb-wire wrapped grizzly bear zombie.

A new gameplay trailer was also revealed for God of War, which was given a release date of early 2018. Aside from giving us a fresh look at the game’s weighty and raw combat, the new footage shows that the relationship between Kratos and his son will indeed be the main focus of the game’s narrative, and that this relationship will be more than superficial. For instance, his son makes a statement that Kratos doesn’t respect him because “he isn’t like him.” Throughout the rest of the trailer, his son acts as a moral sounding board, trying to convince Kratos that the world isn’t all bad while Kratos is trying to teach him that to become a warrior, he must be cold and dispassionate. This has the potential to lead to substantial character development for our ferocious friend and could provide the emotional element that the series always lacked despite its past glory. 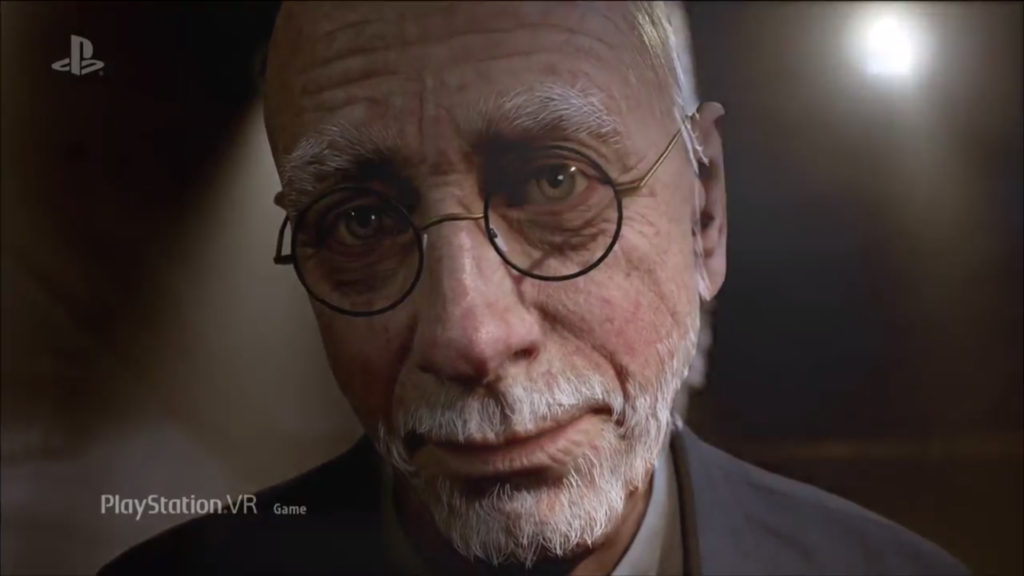 It’s clear after Microsoft failed to mention VR during this year’s E3 that Sony has the corner on that market for now. PSVR experienced moderate success with Resident Evil 7 and Farpoint earlier this year, and Sony seems to be doubling down by trying to bring more serious titles to the platform.

The most promising of these looks to be The Inpatient, a psychological survival-horror thriller by Supermassive Games that takes place 60 year prior to their previous title, Until Dawn, and serves as a prequel. Players will assume the role of a patient with amnesia in the Blackwood Sanatorium. Here, they will experience an all-new story and meet an interesting cast of characters along their harrowing journey. As in Until Dawn, choices and consequence will have an effect on how the game unfolds.

I don’t know what the record is for how many times a single game has been remade, but Skyrim has to be close to the top of that list. Its reveal for PSVR comes on the heels of Bethesda’s announcement at their own 2017 E3 Conference that the hit title will be coming out for Nintendo Switch. No doubt this announcement adds a quality title to PSVR’s limited library, as Skyrim has sold well anytime it was re-released.

Other titles announced for PSVR include Bravo Team, a first-person, squad-based shooter also being developed by Supermassive games. Moss, a unique platformer from Polyarc in which you follow a saber-wielding mouse that’s guided by a spirit on its journey through the wilderness. Star Child, a colorful sci-fi adventure platformer developed by Playful that seems to alternate between first-person and 2-D side-scrolling perspectives. Lastly, Final Fantasy XV will get a PSVR expansion called Monster of the Deep this September. It will focus primarily on fishing, but will also include small moments where players will interact with the game’s other characters. 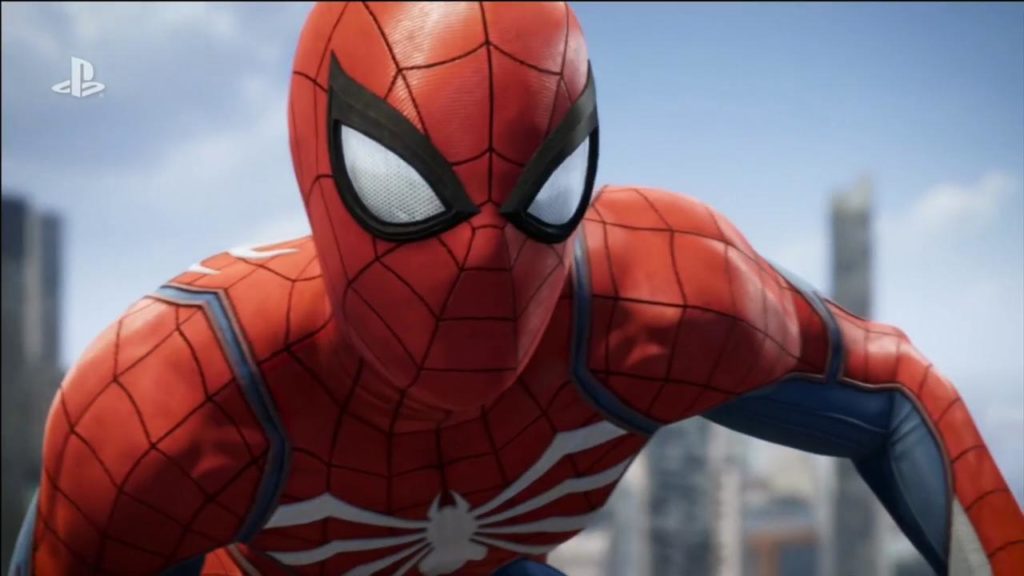 The real showstopper was Insomniac’s Spider-Man, closing out Sony’s showcase with a lengthy gameplay demo. It opens to the voice of a police dispatcher calling all units to respond to “shots fired at Fisk tower,” which may hint at Kingpin being one of game’s villains, although we see him in jail cell assisting Spider-Man later in the demo so his exact role is still unclear.

In the gameplay reveal, our wise-cracking hero descends on a group of Demon henchman (revealed in last year’s trailer) at Fisk’s tower. Using his web-slinging abilities to set traps and perform stealthy takedowns, Spidey thins out the herd before engaging the black-masked enemies head on. When it’s time to enter combat, he closes the distance in a flash, shooting a web-blast into the face of one henchman then deftly punching, kicking, and webbing the enemies into less-than-lethal submission with a dazzling display of acrobatic moves. Throughout combat, Spider-Man also takes advantage of his slow-mo “spidey-sense” by dodging fists and bullets and using his webbing on certain objects/individuals when the timing is right. The combat and stealth sequences are very reminiscent of the Arkham series, although Spider-Man’s movements appear more quick-twitch and natural than Batman’s bruising style.

Another interesting aspect of gameplay is shown when Spidey confronts Martin Li (AKA Mr. Negative) in a helicopter chase sequence. During the chase, Spider-Man needs to use his acrobatic abilities to prevent a gigantic construction crane and other debris from falling onto the streets below. The sequence is packed with all the signature web-swinging and wall-crawling we’ve come to associate with the Spider-Man experience. It culminates with Spidey disabling the helicopter and preventing its descent onto the crowded streets below by catching it in a handy web hammock.

As a last tease, a young Miles Morales is shown on the streets below snapping a photo of the suspended helicopter. Miles Morales replaced Peter Parker as Spider-Man in the comics in 2011. It’s hard to infer what this tidbit means about the game’s story, but I’m sure we’ll find out more by the time Spider-Man releases in 2018.

All in all, Sony had a great showcase by giving gamers more of what they wanted and sprinkling in a few unexpected surprises. Although it’s disappointing that a PlayStation 4 Pro price drop and some expected cornerstone titles weren’t featured, we were reminded on PlayStation Live right before the showcase started that PSX will be coming in December, so expect more news then!