As if the man weren’t busy enough these days, It director Andy Muschietti has signed on to direct another huge feature with another rabid fan base.

Two years ago it was announced that Sony was going to bring the classic anime series Robotech to the big screen after getting the rights from Warner Brothers. The Hollywood Reporter broke the story exclusively that the director of the upcoming adaptation of Stephen King’s It has signed on to direct the Robotech film for Sony.

The project has been in development for over a decade with studios and directors coming and going from the project, including Aquaman director James Wan. While no script has been written, Sony is in the process of searching for a writer to match Muschietti’s vision so that they can fast track the film and get it into production as soon as possible. The potential franchise film is a high priority for the studio. 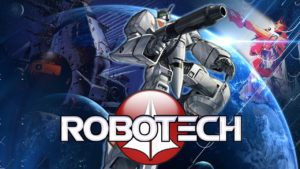 Robotech was originally three different series cut together and re-dubbed into one, but the main premise of the series was that an alien ship crash landed to Earth and the governments of the planet began to use its technology to create defensive weapons and advance human technology. Unbeknownst to them, the creators of the ship have come to Earth to retrieve it and are willing to destroy the entire planet and everyone on it to reach that goal.

Andy Muschietti’s next film It will be released this fall. He will also take over the directing duties of the Locke & Key pilot series for Hulu. Locke & key, ironically, is based on the series written by Stephen King’s son author Joe Hill.

Let me know what you think of this Robotech news in the comments below.