Spidey’s New Suit In ‘Spider-Man: Far From Home’ Based On ‘Homecoming’ Concept and Nod To Black Suit?

The sequel to Spider-Man: Homecoming titled Spider-Man: Far From Home will seemingly not only take Peter Parker overseas to Europe, but will see the character change-up his iconic suit. Something that fans have expected over the years as he has multiple incarnations in the comics.

Some new set photos from the New York City shoot have established that even his regular suit is getting some detail changes. It looks like a modified version of the darker designs that Marvel Studios concept artist Ryan Meinerding was coming up with for Spider-Man: Homecoming. 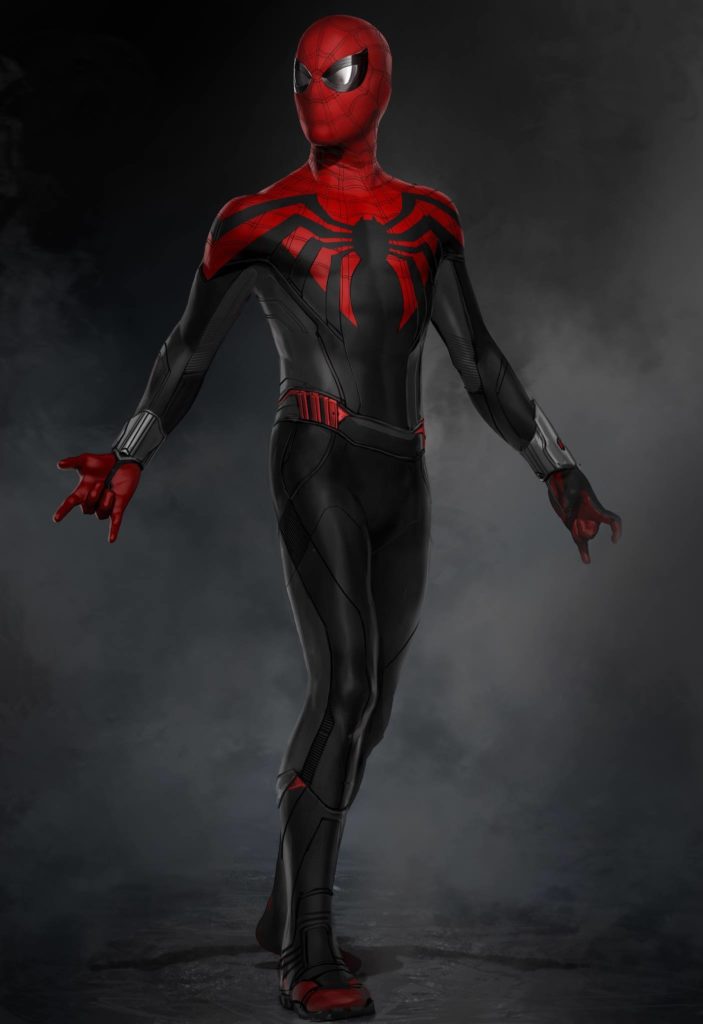 Check out the set photos here.

An interesting detail on the back is a white spider against black material, which might be a nod to Parker’s black suit that he picked-up in the Secret Wars comics when the symbiote first bonded with him. Although, we’re doubtful this is connected to Venom but a design nod to that iconic suit.

It’s not the only Spider-Man suit we’re expected to see in the film as he’s been spotted on set with some version of a tactical/stealth suit (given to him by Nick Fury?) during the Prague leg of the shoot as well.  Potentially a nod to both Shattered Dimension’s Spider-Man Noir suit and the recent Stealth Suit.

Have you seen this:
Kevin Feige Talks the "Real Mandarin" in Shang Chi and the legend of the ten rings

The production has moved to New York City and is expected to wrap sometime in November/December.