Thanks to multiple trailers for Thor: Ragnarok we already know a major plot thread of that movie is Thor loses his iconic hammer Mjolnir as it’s destroyed by the Goddess of Death, Hela. If you haven’t seen it already, check out the trailer below, featuring the destruction of Thor’s most prized possession.

Ever since we have learned that Thor loses Mjolnir fans have been speculating if, when and how he gets it back. Well luckily for you, we have a source on the production of Avengers: Infinity War that has provided us with some details on Thor’s new weapon. While we trust this source, we understand there are doubters so please feel free to take this as you will. DO NOT PROCEED IF YOU DON’T WANT TO KNOW!

In the concept art below you can see that Thor’s new weapon features a much longer handle making many people speculate we may get an Ultimate’s version of Mjolnir or the God Killing Ax Jarnbjorn.

Have you seen this:
Jujutsu Kaisen 0: Feature Length Film 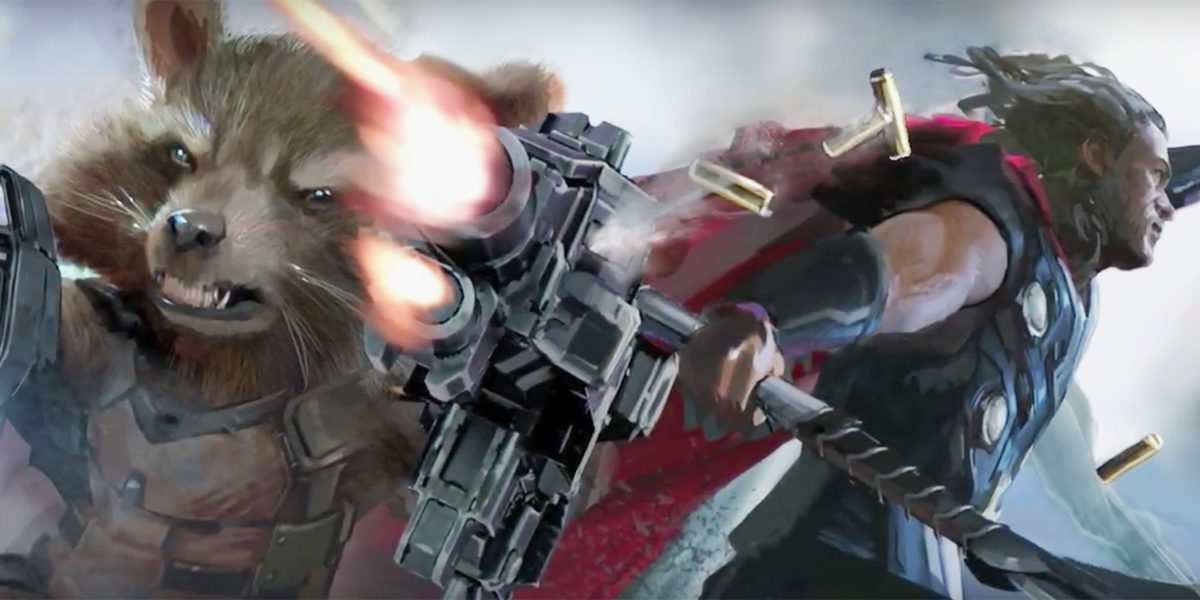 While we don’t know exact details on how, but we have learned that Thor does, in fact, get a new Hammer that will resemble the version from the Ultimates in Avengers: Infinity War. The most interesting part though is it appears he only receives the head of the hammer initially (maybe he forged himself or had a new one forged for him). So what is a God of Thunder to do with a handless hammer?

Thanks to Groot and what we can only assume is an act of friendship and comradery, the living tree, cuts off his arm and hands it to Thor, who then uses it as the handle for his new hammer. In the concept art below you can see that a much longer handle is featured on Thor’s new hammer. With Groot’s living arm as the the handle this could also add some unique functionality to Thor’s new weapon.

I know not an internet breaking scoop, but still, cool none the less as it shows a building bond between these characters and possibly gives Thor’s hammer some regenerative properties.

Let us know what you think of this revelation in the comments below. And maybe share your theories on how Thor gets a new hammerhead.