Star Wars: The Last Jedi, maybe the biggest risk in the Star Wars franchise to date. It falls on the heels of The Force Awakens, a film that was undeniably using its nostalgia to make the world fall in love with Star Wars again. And while it was new, it still felt very familiar, safe even, and many of us wondered whether The Last Jedi and the subsequent Star Wars films would follow suit. Each using nostalgia and mirroring the original trilogy to bridge the gap between new and old and make up for past wrongs. If you were hoping for The Last Jedi to continue this trip down memory lane, I’m afraid you may be disappointed. While The Force Awakens may have been a rehash of A New Hope, The Last Jedi does not follow the same path as Empire, that doesn’t mean it isn’t just as good, in fact, it may be better, but don’t expect this to be a movie about grandiose revelations or ultimate questions answered, instead think of it as a spark to start the fire of something new for the Star Wars universe.

Star Wars: The Last Jedi opens right where The Force Awakens left off, the Republic is no more but the resistance fights on even as they are being relentlessly pursued by The First Order. Rey has traveled to the home of Luke Skywalker to seek training as her powers in the force grow. As Rey pursues Luke who of course is reluctant to accept her, the republic is in a last ditch effort to escape The New Order and find a stronghold to regroup and gather forces before they become completely overwhelmed. At this point, Star Wars: The Last Jedi becomes a chase and heist movie as a jump to lightspeed won’t save the republic this time due to The New Order’s new toy which can now track them where ever they go. This forces Finn (John Boyega) and our new addition to the rebel team, Rose (Kelly Marie Tan), to venture to the casino planet of Canto Bight in search of a master code breaker who can sneak them onto the First Order ship in order to disable the tracker so the Republic can escape and find a new home. While the Republic tries to outrun The First Order, Rey continues to test her powers under the begrudging eye of Skywalker who after his last attempt at training Jedi, just wants to leave it all behind and die.

Star Wars: The Last Jedi feels like something very new for the franchise, its a genre-blending, character driver, not stop thrill ride through uncharted space. With the exception of the third act battle I never once felt like Rian Johnson was trying to use nostalgia to make you love this film, instead, he lets the characters and Universe do that for him.  Each character has their moment to shine even though Kylo (Adam Driver) and Rey (Daisy Ridley) are certainly the focus of this story, the pace and editing make each moment with all of our characters feel significant. Everything has an impact and everything felt like it had weight to it, I never felt like anyone was safe and always had the inkling that anything could happen. Even the Porgs were done right, cute, cuddly, funny when needed, but never overbearing.

This is the most alive any Star Wars film has felt, you really begin to understand what really matters in this universe and what doesn’t. Every one of your emotions will be played upon, and Johnson does it masterfully. He understands where this universe needs to go and how we can get there. Even though his ride has a few bumps, its destination is something the Star Wars franchise needs if it’s going to live on as long as Disney and the rest of us want it to. Outside of a giant third act plot hole that I can’t seem to get out of my mind, there is so much in The Last Jedi I want to experience again and again. The Canto Bight scenes alone are worth a rewatch just for the sheer density of aliens and things to see in the background. The Last Jedi is not only emotionally satisfying but it’s also such a visual wonder. From its epic and wonderfully choreographed space battles, too maybe the greatest Lightsaber throw down in the franchise and finally a striking sacrificial moment that is as beautiful as it is gratifying, Star War: The Last Jedi is definitely the best looking Star Wars film to date. 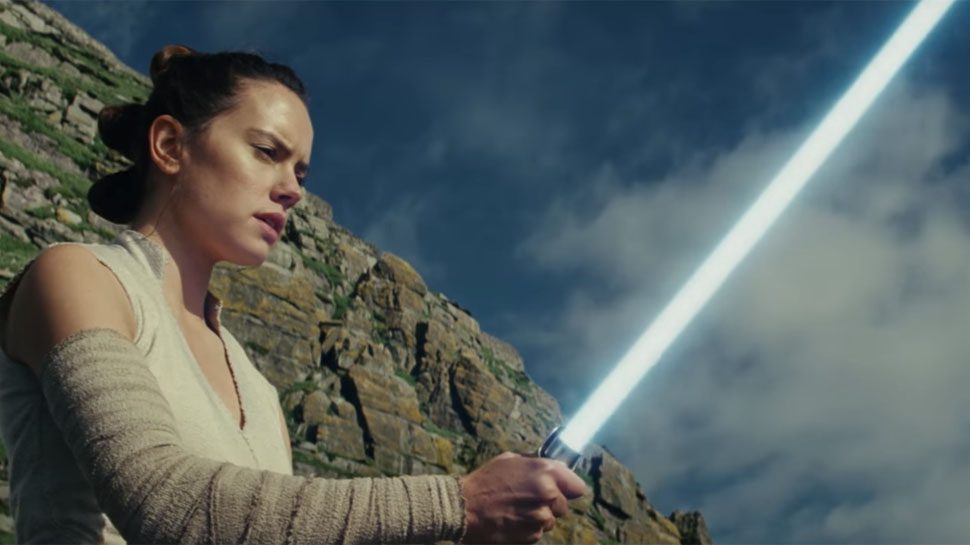 The more I think about Star Wars: The Last Jedi, the more I feel it may be a divisive film among fans. This is mostly because The Last Jedi, doesn’t care about your theories or predictions, it no longer what’s to hold itself to an old standard or your expectations but instead looks to the future and a much bigger universe. The Last Jedi wants you to know this is merely the beginning and what you thought you knew and what you thought mattered doesn’t, because at the end of the day this is a big universe, and there will always be light to meet the darkness, and a spark to ignite a rebellion.

*Also check out our VIDEO REVIEW