The Clone Wars was prematurely cancelled in 2013 by Disney as it was deemed to be too ‘dark’. Before the show’s cancellation, there were plans for Season 6, Season 7, and Season 8 each consisting of 20 episodes. Season 6 became the Lost Missions, episodes which had been completed before cancellation. The other episodes, on the other hand, were still in development and were unfinished. Those remaining episode arcs were never officially released. Now, on Disney Plus, Dave Filoni’s animated show has found new life. Disney at last renewed The Clone Wars for a final new season although only consisting of 12 episodes. Two previously unfinished three-episode arcs have been completed with some changes made. These episodes have already been released on Disney Plus and have been mediocre to say the least. They are at base kid-friendly and lack what made the show truly special in its heyday. It is a real shame that we will never get to see completed versions of the other, potentially more interesting arcs such as The Son of Dathomir. Disney has most likely opted to air these particular arcs because they can be easily joined together to build up to their final, also planned arc, The Siege of Mandalore.

So begins the end. After a mediocre bunch of episodes, The Clone Wars is going headstrong into its final four-episode arc. Ahsoka has finally left the twins and joined the Mandalorians in their mission to capture Maul. This latest episode is aptly titled “Part 1” in the opening credits shown after an old green Lucasfilm logo. This is not just another arc, but each episode feels like a proper cinematic installment in its own right. While the Mandalorians fight, The Clone Wars still continues and nears its end. Revenge of The Sith and Order 66 is fast approaching, and the show is set to overlap with the events of the film. A dark fate awaits the Jedi and the galaxy. This dire inevitability is teased during the episode with a cameo appearance from General Grievous in the opening credits and the report of Palpatine’s capture. Everything is coming together neatly as The Clone Wars fills in the gaps from the films. The battles have always been a highlight of the show and this episode is no exception. In the very first scene, the Republic forces including Anakin and Obi-Wan face down against the Separatists. It is fun seeing all the old characters back in action, and Anakin shines in the scene as it is his quick thinking that manages to outwit the ignorant droids. The arrival of Rex and his squadron with their jet-packs concludes the scene on the perfect note. Judging even by the first scene, The Clone Wars is not messing about. The show has triumphantly returned to form by succinctly capturing what made The Clone Wars so special in the first place. 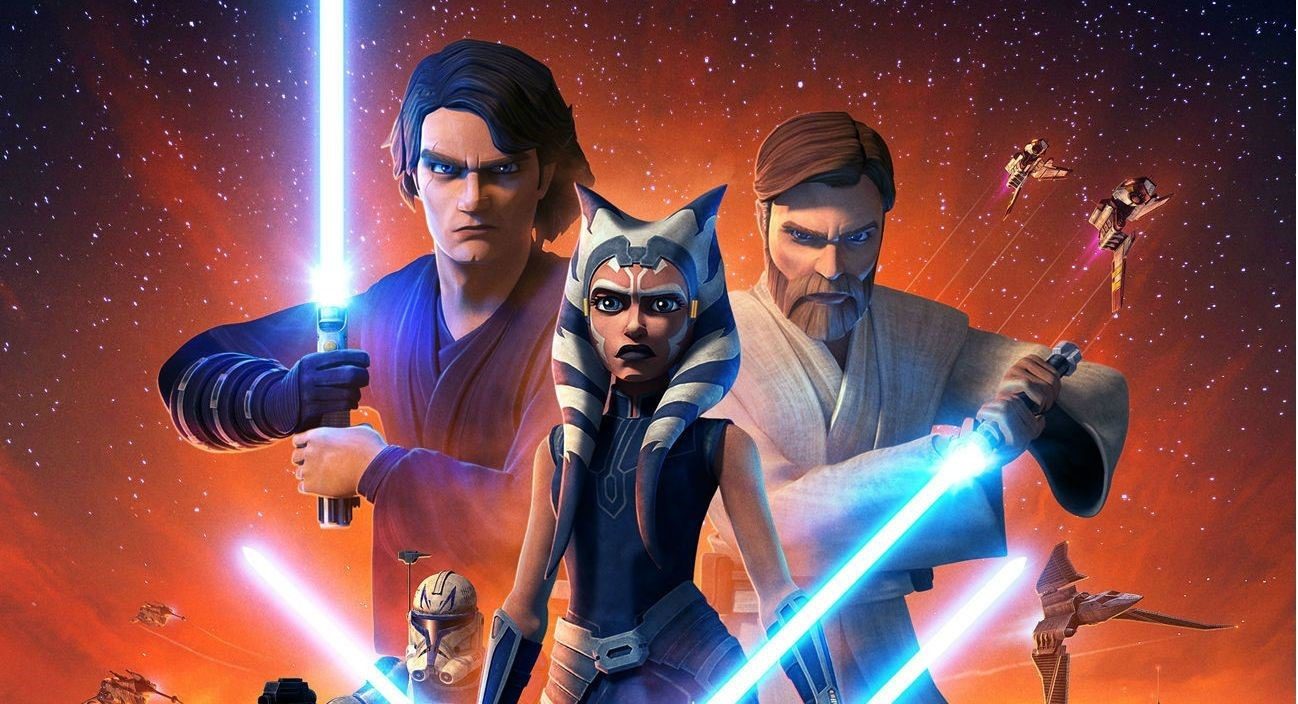 Speaking of Rex and his squadron, they are once again invaluable as they help Ahsoka. Ahsoka’s return to the show has made for a mixed bag of episodes but this episode is not one of them. By putting her on the side of the Mandalorians, the show has finally found an interesting storyline for Ahsoka. Furthermore, Maul at the centre of everything is enough to excite any fan. Bo-Katan previously enlisted Ahsoka into this search for Maul. After locating Maul in Mandalore, they now plan a Siege of Mandalore. The only problem is that they do not currently have enough troops to take back the planet. This is a neat way to unite Ahsoka with Anakin, Obi-Wan, Rex, and more. Moreover, it feels completely warranted and not just for the sake of it since it actually serves the story. In fact, Rex and his squadron are required for the siege. The interactions between Ahsoka and the other original characters are excellent. The respect between Ahsoka and Rex shown by the helmet art tribute; the awkwardness between Ahsoka and Anakin in conversation; the coldness between Ahsoka and Obi-Wan. All of it works and builds on previous episodes. Obi-Wan is probably the most fascinating character in the scene. Since Duchess Satine’s death, he has become more and more emotionally withdrawn. He instinctively refuses to help Ahsoka and is now more than ever committed to the pure ideals of the Jedi Council. When his help is required in Coruscant, he goes. Even with Maul on the loose, Obi-Wan does not allow his personal feelings to guide him as he has become a slave to the order. Ahsoka, after going to Anakin and Obi-Wan, leaves without their help but with Rex and his squadron. What once was between friends is no more.

With the help of Rex and his squadron, Ahsoka and Bo-Katan’s troops plan to take back Mandalore and find Maul. The once Sith Lord is at the centre of everything. Fittingly, Maul has gone back to his old ways (well, not so old) as he rules Mandalore underground and has a monopoly on crime. To maintain appearances, Maul has set up a puppet ruler to govern Mandalore. The whole planet has bowed before the new leadership; only a few rebels are left including Bo-Katan. The return of fan-favorite Bo-Katan makes sense story wise. Since the death of her sister, Duchess Satine, the Mandalorian has been seeking vengeance and now she has the chance to take down Maul. The conflict on Mandalore is superbly executed since it is great to see the Mandalorians, with their weapons and jet-packs, back in action under Bo-Katan’s command. Ahsoka, Rex and his squadron also lend a helping hand in a very cinematic action sequence. This scene alone may even better than anything we got in the last Star Wars film. Just as things are going well for the heroes, Filoni pulls out the rug from underneath us. It was a trap. The Clone Wars once again mirrors the films. Every Star Wars fan can surely imagine Admiral Ackbar’s booming voice in this moment. Of course, Maul would not have let the heroes get this far without a plan of his own. Maul is a more calculated villain than that and we have come to expect such things from him in Filoni’s shows. Ahsoka, in the underground caverns, watches as the clone troopers are killed around her. She realizes Maul’s plan too late. This well executed moment is hard hitting and sets the stakes for future episodes. The tables have turned and the once Sith lord now has the heroes exactly where he wants them. And so, Maul triumphantly emerges from the shadows to reveal himself. A thrilling episode ends on the highest note possible. 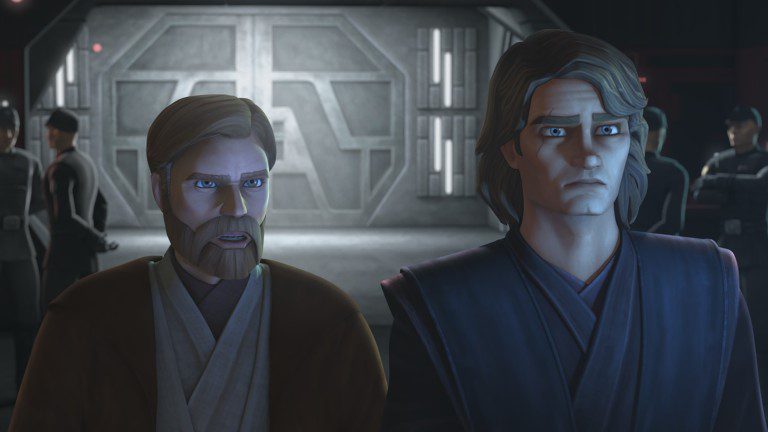 In previous episodes, The Clone Wars has failed to recapture its past magic. No longer. This latest episode marks a fantastic return to form and looks set to be only the first chapter in an arc that will serve as the perfect send-off to the show. Familiar faces have returned; an exciting conflict will take place on Mandalore; Maul is set to be the villain. The stakes are higher than ever. It is disappointing that it has taken this long to get a solid arc. Time has been uselessly wasted on filler episodes. The story in this episode alone could certainly have been stretched out across episodes. With only three episodes to go, the show will have to go at light-speed to wrap everything up. Is that a good thing? Can this four-episode arc provide a solid resolution to the Mandalorian conflict and to the show itself? Time will tell. If this episode is any indication, we are in for a ride.