May the 4th be with you! To celebrate the day that has become host to Star Wars celebrations worldwide we’ve decided to revisit some of the forgotten Star Wars video games of years past. Although there have been tons of Star Wars games since the dawn of the video game era, very few of these have been quality games. Yes, Star Wars Bounty Hunter, Rebel Assault, Rogue Squadron, and Battlefront are all great but for every one of those, we have ten games that belong in a galaxy far far away (Ugh I so badly wanted Yoda Stories to be good).

Similar to comic book or licensed games, developers have a tough road ahead of them when developing a Star Wars title. How does one give a new and interesting playable experience to the most rabid fanbase ever? Also, how do you fit so much into one game without watering it down? The key to a great Star Wars game seems to be a split between telling a new story within the confines of the series or simply recreating the famous set pieces all the while allowing players to experience the powers seen in the franchise. The other heavily weighted factor is the use of the powerful technology and weapons that fans have come to love. The games we cover here are a mixed bag of the above but hit some great notes. Lightsabers? Ships? Violence? Check, check and check. Now let’s get going on some games to check out on your Star Wars holiday.

Following the basic plot of Star Wars: A New Hope, the Game Gear version of Star Wars has the player controlling Luke Skywalker through a series of quests across Tatooine eventually culminating in the Death Star battle. The Game Gear has a few exclusive levels, the first of which is Leia delivering the stolen plans to R2-D2. Unlike the NES port, the overworld is replaced with three side-scrolling levels through the desert for Luke to travel through on foot. A great standout in this iteration is the Game Gear’s ability to handle the first-person style pilot level of the Millennium Falcon. Although this section appears in other Star Wars games, most notably using the Super FX chip in the SNES, the handheld Sega version shows a great amount of technical prowess to contain such a mission. Classic characters including Boba Fett, Stormtroopers, Jawas, and Banthas, however, Darth Vader only makes an appearance during the game over scene and the most important character in the series, Chewbacca, is nowhere to be found.

Obi-Wan is a 2001 video game that was a little ahead of its time. Set in the weeks prior to and during the events of the ever popular Episode I, the game allows players to control Obi-Won as he displays his superior lightsaber skills. The lightsaber controls, while not intuitive, were a giant leap in sword wielding mechanics in 3D worlds. By mapping the sword swing to a single joystick, players felt like they were wielding a lightsaber for the first time. The graphics were amazing for the era as well, featuring great 3-D environments when this was still a work in process. It’s also important to note that this was basically a launch game for the original Xbox but due to middling sales and reviews it was never ported to other systems.

Super Star Wars: Return of the Jedi is by far my favorite 16-bit Star Wars game and, for nostalgia reasons, one of my favorite games on the Super Nintendo. The game plays nearly identical to the previous installments on the console with players taking control of Luke, Leia, Chewbacca, Han Solo, and even Wicket. Although the game is very difficult I implore you to play through it if only for the great sound effects, music, and level design that is a great expansion on what we see in the films. There are multiple vehicle sequences using the power of the Super FX chip, including a great version of the speeder bike scene on Endor and the final Death Star run of the Millennium Falcon. If you check out one Star Wars game on the SNES, this should be it.

This entry in the Dark Forces series fit perfectly on GameCube and is a great addition to the Star Wars gaming franchise. For those that haven’t played it, Dark Forces was the original Star Wars first-person shooter for the PC. Players wielded blaster rifles and other weapons as they shot down Stormtroopers in an attempt to steal the Death Star plans (How great would Rogue One have been if it had been called Dark Forces?). This entry places an emphasis on the lightsaber, with the lead character Kyle Katarn using the laser blade in a variety of ways. Throughout the game, Kyle learns to use the force and becomes stronger as the levels get more difficult. A great aspect of this is the lore of the previous games factoring into Kyle’s journey; since he was in tune with the Dark Side of force he has access to both dark and light Jedi tricks. The Jedi Knight series is a great way to become familiar with the Kyle Katarn mythos as we push forward with the Star Wars cinematic universe.

The Nintendo DS found itself the home to a great number of Star Wars titles. Most of them were poor ports of console games such as Battlefront or the Lego series, however, one port stood out above the rest. Star Wars Episode III: Revenge of the Sith is probably one of the more overlooked games on this list. The game is a side-scrolling beat-em-up where you control Obi-Won and Anakin as they battle through the events of the movie. The DS version exclusively features 3D multiplayer space battles that take advantage of the DS’ graphical capabilities and allow players to pilot and battle with iconic vehicles from both the prequel and original eras of Star Wars. This entry also features an experience point system that allows players to upgrade their force powers throughout the game. If you’ve ever wanted to play the Star Wars version of Double Dragon, then Star Wars Episode III: Revenge of the Sith is your chance.

Have you seen this:
Spider-Man: Miles Morales Review

Fun Fact: The PS2 and Xbox versions offer an alternate ending to that seen in the movie. In another break In the final level, the battle between Anakin and Obi-Wan, the player can play as Anakin and is given the opportunity to kill Obi-Wan. In this ending, Anakin’s originally ill-fated jump is successful and he impales Obi-Wan with his lightsaber. After slaying his former master, Anakin returns to Chancellor Palpatine and obtains a new Sith lightsaber. Acting quickly, Anakin kills Palpatine and declares himself ruler of the galaxy. This ending is not present in the GBA and DS versions.

This is not only the best Star Wars game for the original Xbox but also one of the best games for the console period. Republic Commando puts the player inside the helmet of a clone soldier during the titular Clone Wars of Star Wars Episode II. As the leader of your elite squad, you direct the additional soldiers in a style similar to the Ghost Recon series where tactical decisions are the surefire way to victory. The viewpoint from the interior of the helmet can be limiting due to the HUD yet I like the approach as it lets us see through the eyes of Delta 38. Between scoping out derelict ships and defending the Wookie home planet of Kashyyk, this game keeps the foot on the gas with excitement and great environments. Series mainstays including Yoda and Chewbacca help make this a must play for any Star Wars fan.

How are you celebrating May the 4th? What are you favorite Star Wars games? Comment below and stay tuned to GWW for more video game news and commentary. 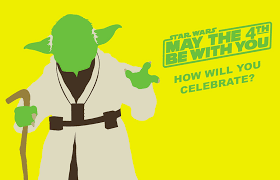