During SXSW, fans were treated with a (Work-in-progress) screening of Kumail Nanjiani and Dave Bautista’s upcoming film Stuber.

Prior to the screening, we got to talk with the duo briefly on what it was like working on this film and their favorite moments.

Kumail Nanjiani: I would say my favorite part was Dave. You know, getting to know him and be friends with him. It was really like sort of falling in love with him and learning so much from him and getting close to him. That was my favorite part.

Dave Bautista: Working with Kumail is amazing. I just love him as a human being. Movie aside, I just love that dude. He is just a good dude. He has a good spirit, a good soul. I got to really see how great of an actor he is…

I don’t think people realize how great of an actor he is. His range is crazy. I haven’t seen the film and I don’t know how they edited It but some of the scenes we did, his acting range is insane. That’s rare to see. I have worked with guys who can do this great, or that great, but to have that full range, I have been able to work with a few guys who have had that and Kumail is one of them. I love that dude, I love his acting. To work with Iko Uwais, that dude is a different level of action star. He is going to be a huge action star. It was also really great for me to work with Karen Gillan outside of her makeup. We worked together in Guardians for years but we never worked together outside of our makeup and she is a totally different character than Nebula, who is deep, dark and mean as Nebula. To see her play someone more true to herself was something special.

The two had nothing but love for one another, the bromance was absolutely real. If this weekend’s Wrestlemania taught us anything, it’s that Kumail and Dave definitely have each other’s backs.

Check out our gallery from the Q&A below: 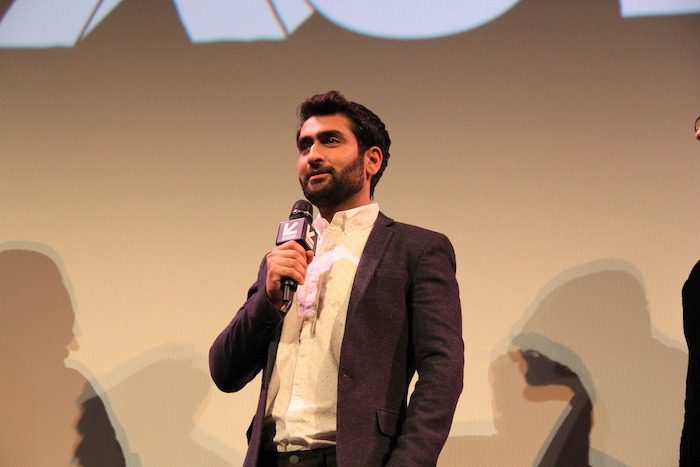 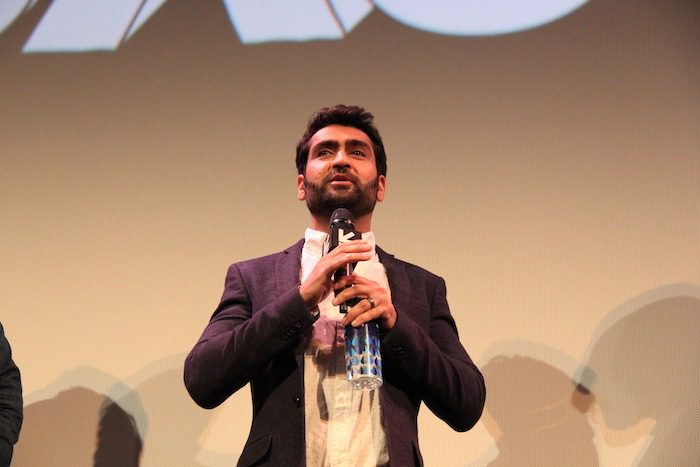 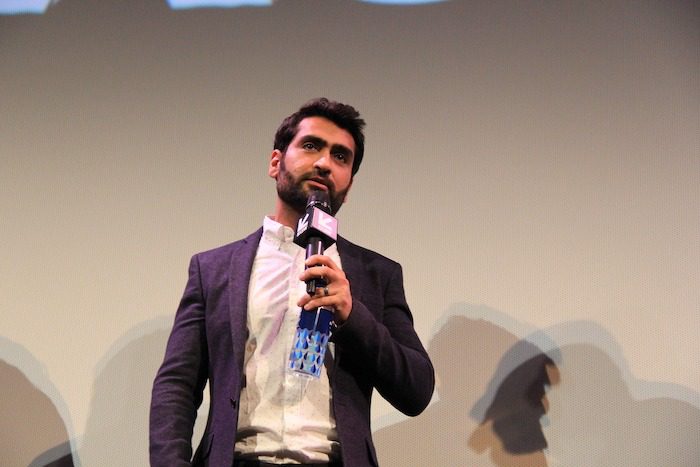 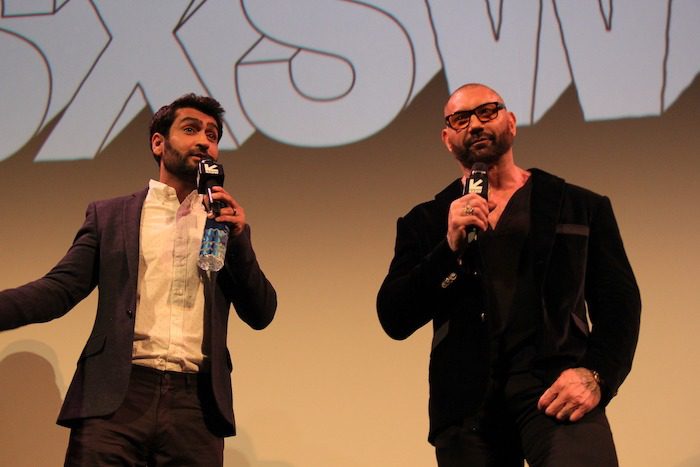 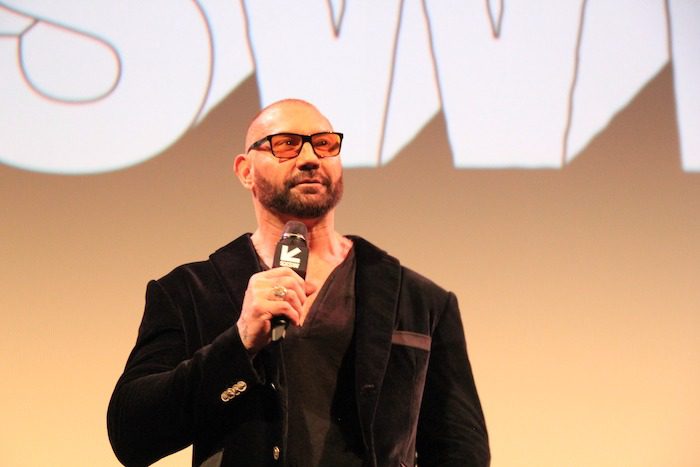 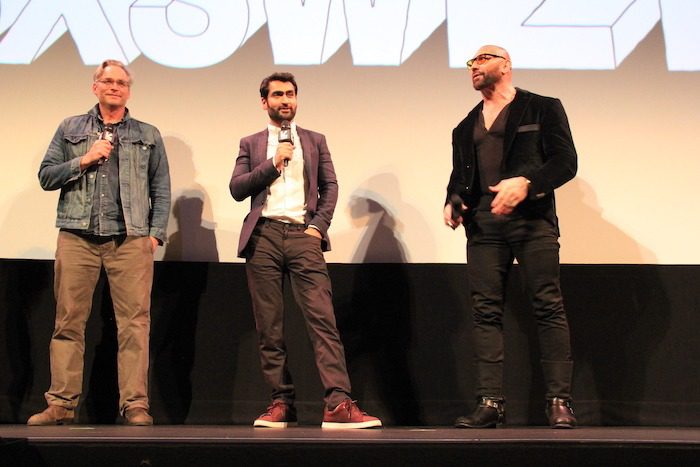 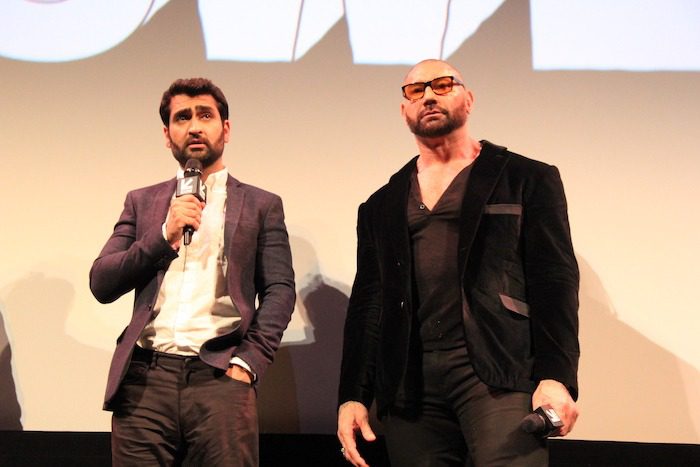 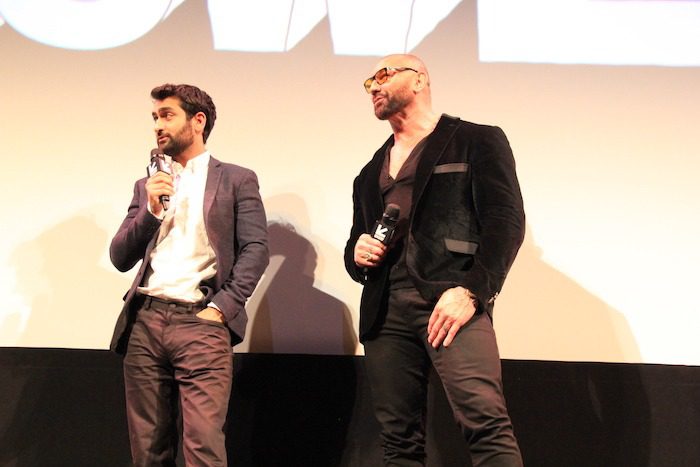 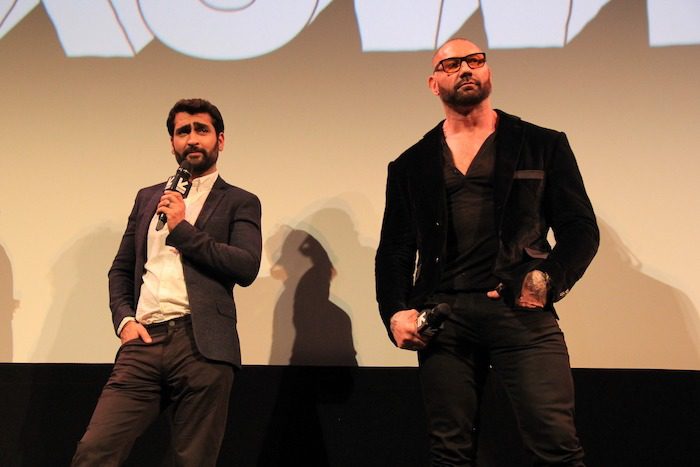 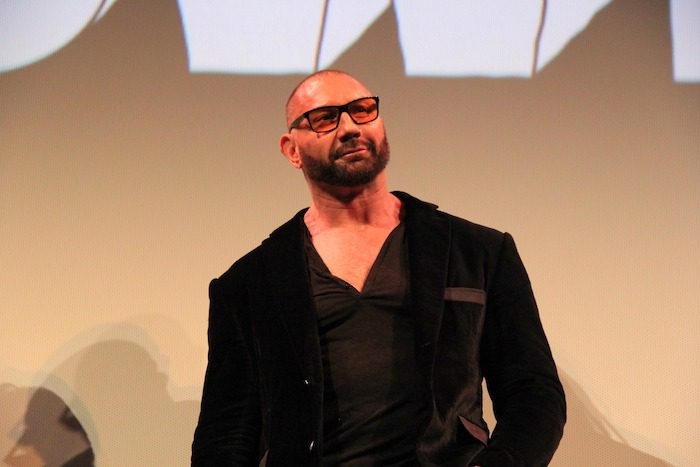 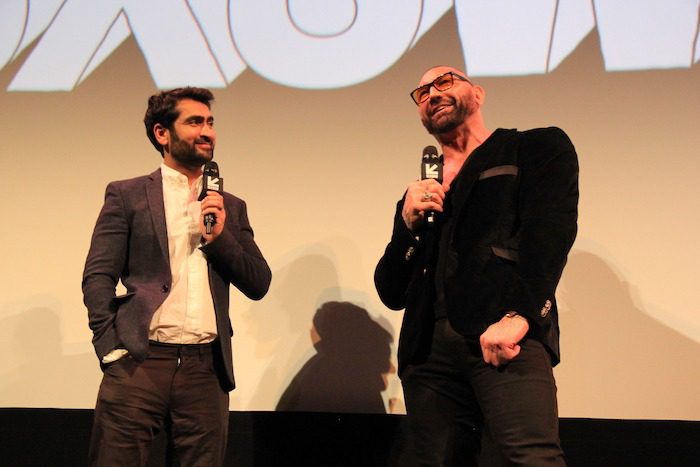 Official Synopsis:
After crashing his car, a cop (Bautista) who’s recovering from eye surgery recruits an Uber driver (Nanjiani) to help him catch a heroin dealer. The mismatched pair soon find themselves in for a wild day of stakeouts and shootouts as they encounter the city’s seedy side.

Check out the full trailer:

You can also check out footage from the Q&A after the film below:

What We Do In The Shadows invades ...