Kevin Smith and Supergirl are a match made in Krypton. The pre-horrific explosion, death causing Krypton, anyways, I’m rambling Holy Rao the treatment Smith brings to the already amazing Supergirl set up just lifts the Girl of Steel to another level. We’re treated to a well crafted story, adequate attention and development for our primary and supporting cast, and the mix of fun and campy paired with the emotional and powerful. I’m a huge fan of the direction Supergirl has been taken on, and I’ve been a fan of Smith’s work for years, it’s very apparent when someone who appreciates the mythos and soul of something takes on the director chair.

We further the plot with Mon El’s parents, take a new step both in Alex and Maggie’s and Kara and Mon El’s relationships, and get to watch the Super Friends working together. I’m getting more on board with the relationship developed between Kara and Mon El, as up and down, and manufactured as it’s seemed at times, it’s growing on me. There were a hundred high points in this episode, the only real low for me is a gripe I’ve had for a few weeks, and that’s just the use of Terri Hatcher and Kevin Sorbo, even though they’re performing the parts well, and it’s working with the story, I still feel they could’ve been used in more rich and satisfying fashion.

Mon El has expanded quite a bit in this episode. Fresh on the forgiveness from Kara he has taken up cooking (resulting in Kara being everyone’s spirit animal with her reaction at the amazing breakfast food, especially BACON), started reading “Romeo and Juliet” (which he hadn’t quite finished resulting in some not so appropriate comparisons to his and Kara’s relationship) and makes some commendable strides to protect Kara from his parents. After it is discovered that a bounty has been placed on Kara’s head resulting in battles against intergalactic hunters, Mon El confronts his parents regarding the price on Kara’s head, which they of course deny.

Have you seen this:
Superman and Lois Receive Early second season Renewal 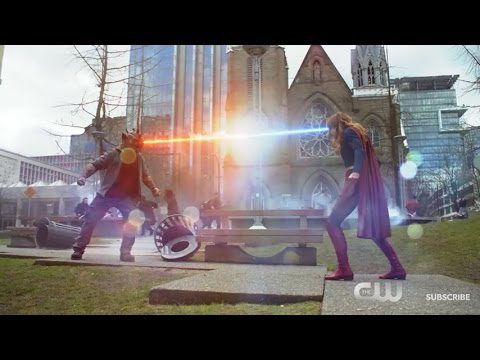 Mon El’s mother proves to be an angry violent monster, placing the bounty on Kara’s head, and attacking Kara with a pair of kryptonite sais, like an evil alien ninja. Mon El eventually sacrifices himself, offering to return to Daxon in order for his mother to spare Kara. When he leaves with them Mon El tries to convince his father to abandon their old ways of tyranny on Daxon, resulting in his mother locking him up in the prison to ‘get rid of those ideas’. After Supergirl, J’onn, and Winn rescue Mon El, she holds blame against Sorbo’s character, slaying him. All in all, Hatcher is proving to be quite the vicious vile villain, though she could’ve been used in a more enticing character, and could use some more lessons on handling the sais, for the character she’s in she’s giving one hell of a performance. 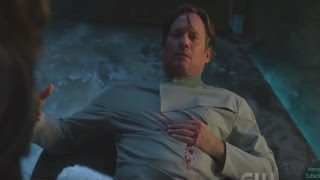 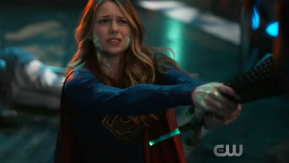 Alex and Maggie get to expand their relationship further, after a figure from Maggie’s past paves the way to some backstory and a new layer of trust between her and Alex. The relationship between these two is nice for two reasons, one, it’s progressive, giving some positive media representation for the LGBTQ community, with two powerful independent women just finding loving and allowing to be vulnerable to one another in order to feel happiness and grow together. The second reason is because it’s real, it’s not overly happy, not overly sad, it’s a lot more akin to real life, where a pivotal point of their day is enduring a yoga class together, it’s nice to see some ‘normal real life things’ get limelight in a show filled with aliens, monsters, and super powers. The chemistry amongst all of the character relationships, couples, siblings, friends, everyone in this show meshes, there is never an interaction that feels flat. Having a show where the flow is so natural between this many characters really helps to bring the episodes to another level. 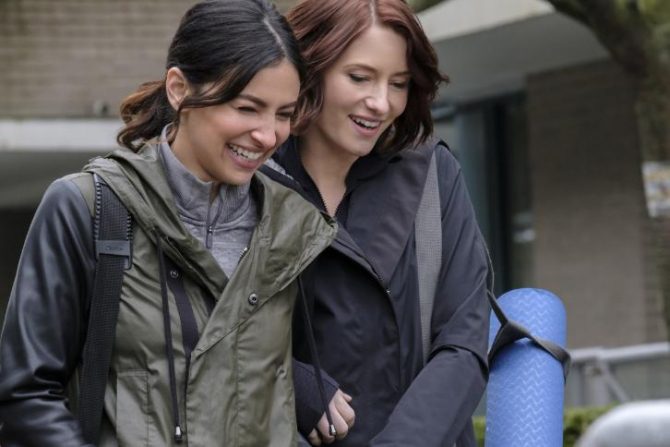 Kevin Smith and the Super Team knocked another one out of the park. The bounty hunters, mind controlled Mon El, the showdowns with Mama Daxon, and Supergirl and J’onn taking on the Daxon guards provided some nice action to the episode. Coupled with emotional exchanges between Alex and Maggie, and Kara’s reaction to Mon El’s sacrifice to save her  really tugged at heart strings. We get a ton of laughs and normal day silly moments with Kara’s almost breakfast in bed, her game night under house arrest, and even her adorable reaction to seeing her hologram on the bounty hunter messages. The writers and director team really know how to work to complement the strengths of this cast. This Super formula has delivered another hit and continues to have our favorite Kryptonian fighting at the top of my TV show rankings.

Unfortunately Supergirl is on a short hiatus until April 24th, in the mean time I recommend going back on your DVR and rewatching the season thus far, that’s what I’ll be doing, come April we’ll be back on another wacky adventure with Kara of Krypton and her Superfirends, until then #keepitnerdy