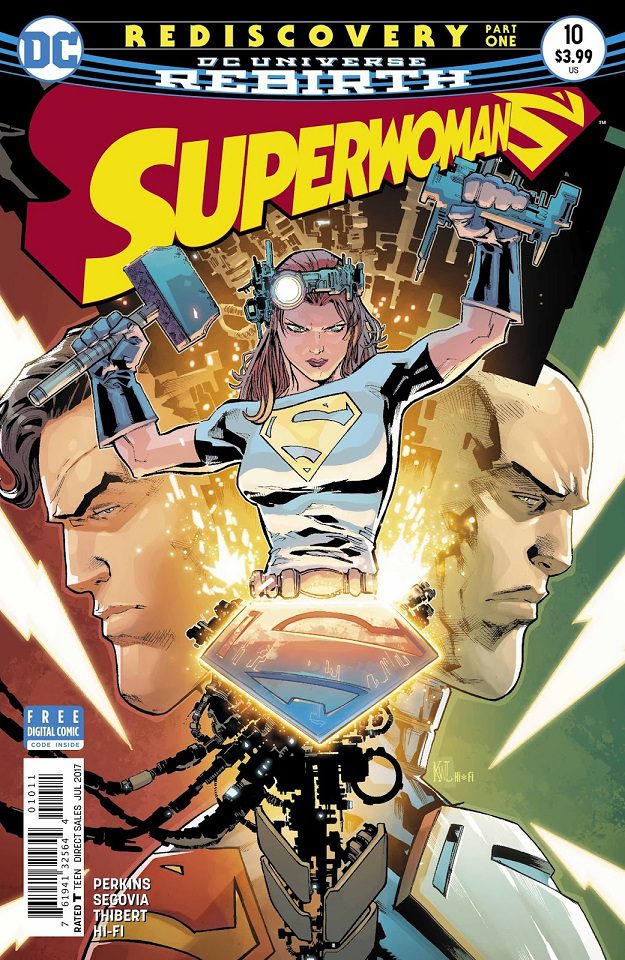 K. Perkins’ Superwoman #10 is a fresh start for the series and the character of Superwoman. Last issue, K. Perkins crafted a Lana Lang that was conflicted, compassionate, and ultimately very human. In issue #10, Perkins turns her attention to Superwoman. Writer K. Perkins continue to weave a human narrative that grounds both the character and the reader.

Lana Lang, still powerless, is aware that she is not finished helping people. Lana enlists the help of John Henry’s niece Natasha to try to help her deal with some of the emotional struggles she is experiencing. After the loss of powers and friends, Lana understandably has fears and insecurities. Through the emotional acknowledgment and confrontation of those emotions, Lana begins to break through her psychological barriers and rediscovers her strength and power. Lana’s human emotions ultimately provide her with the strength to become Superwoman again.

If it were all that straight forward, it would be an emotional journey for the character and the reader. K. Perkins succeeds in reaching the destination, but the journey 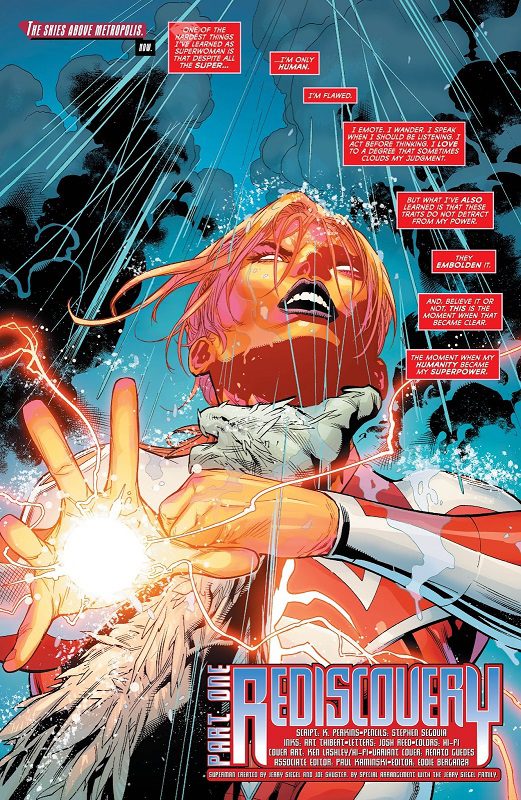 hinges on a piece of Lana Lang history that predates the New 52. The Insect Queen and Lana’s connection to her armor references a pre-New 52 storyline where Lana was taken over by the alien Insect Queen and created a biological connection with her and her armor. Lana’s control and connection over the armor dates back to a 1960’s storyline. While this is a reference that shows K. Perkins’ awareness and interest in Lana’s history, it also is applied with little context for a newer reader. For a reader unaware of the historical connection, the appearance of the armor may seem too convenient. It does suggest a willingness from Perkins to reach into Lana’s history and connect it to the current state of the Rebirth world. With all the changes and questions left after the Superman Reborn crossover, Perkins may be defining Lana’s history going forward.

In spite of a historic and convenient plot device, K. Perkins defines a strong, human voice for Lana and a confidence to Lana’s role as Superwoman. Lana’s renewed confidence in her own humanity and her power create a compelling reason for readers to stick around and discover where K. Perkins is going.