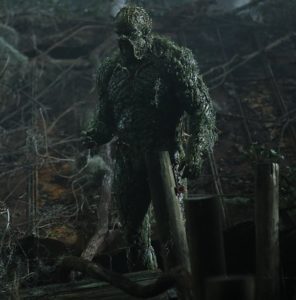 While watching Episode Two of Swamp Thing, one thing is apparent; The show is out to create a truly diverse environment for the audience to enjoy. From the dimly lit bayou implying danger at night to sets that make you feel like you’re smack dab in the middle of a remote, Louisiana lifestyle. The mood is perfectly captured scene to scene.

That being said, don’t believe it’s only about the atmosphere. There is some wonderful character building at play here. Crystal Reed continues to impress as Abby Arcane, plus the script grants deeper dives into the supporting cast from the previous installment. Susie (Elle Graham), Matt Cable (Henderson Wade), Liz Tremayne (Maria Sten) and Madame Xanadu (Jeryl Prescott) all continue to develop quite nicely and naturally. Xanadu’s emergence also proves to be quite impactful. Not only is her look enough to chill you to the core, but she is also deeply rooted in Maria Sunderland’s downward spiral of grief.

Will Patton’s portrayal of Avery Sunderland is downright excellent. Each appearance is a highlight. One scene, in particular, explores the emotional scars reopened with Abby’s return to her hometown after a 14 year, self-imposed exile, exposing what a true master manipulator he is. Not long after, we receive hints at the sinister villain he’s bound to become. Patton’s performance is so good in fact, I implore the writers not to bother with a faithful adaptation of Alan Moore’s classic Swamp Thing story, the Anatomy Lesson. More on comic continuity a little later. 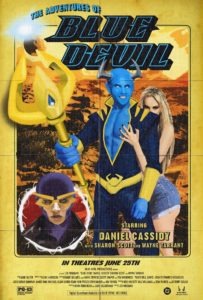 Episode Two ushers in some new faces to the cast with Sheriff Cable (Jennifer Beals), Jason Woodrue (Kevin Durand) and Dan Cassidy aka the Blue Devil (Ian Ziering). To be perfectly honest,the whole idea of including Blue Devil rubbed me the wrong way when it was announced. I worried the series would turn into a bloated superhero ensemble rather than focus on the most important players, Swamp Thing and Abby. While I’m not ditching my concerns entirely as we are only two episodes in, seeing how Blue Devil was implemented here and Ziering’s charming performance put me at ease.

The final act is a full immersion into a perfectly paced slasher film. Edge of your seat suspense, with the right amount of action and gore. Swamp Thing is also finally allowed his time to shine. While not given much screen time overall, I will say what we do get of Swamp Thing is nothing short of fantastic. This episode gives us a better look at our hero and doesn’t disappoint in the slightest. The design is absolutely spot on. Some may argue in this day and age going full CGI makes the most sense, but mixing an actor in a body suit (Derek Mears) with modern effects has proven to be the smart choice. All we need now is more of him.

And oh, the last bit of dialogue during the show will send tingles down your spine, provided you still have one after witnessing what happens to Swamp Thing’s enemies.

Finally, as I mentioned in my review of the pilot, fans of the source material need to adjust their expectations on what is being translated to the television show. You’ll be immediately struck by the location changing from Houma to Marais, yet they maintain that Holland has a dog per Swamp Thing volume 1 from the 70s. These examples are only scratching the surface as some alterations may seriously tempt you to pull your hair out. 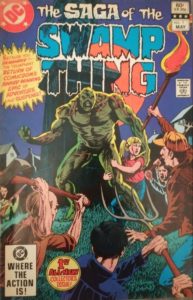 First off, please don’t do that. Speaking for guys with a Kojak sheen, we can only dream about having the beautiful locks you’re about to yank on. Secondly, it opens up speculation avenues for those who are well read in Swamp Thing lore. Something that’s struck me over the course of the last two episodes is how Susie resembles Karen Clancy from the 1982 Swamp Thing relaunch. Did the writers have her in mind while scripting the series? Probably not, but I’ve ultimately decided that it’s much more fun to enhance my viewing experience with theories than trash it for lack of loyalty.

It’s safe to say, Swamp Thing officially has me hooked.  If you enjoy visually stunning, character-driven, gothic horror, feel free to grab some popcorn and pull up a stump. We’re in for one heck of a show.