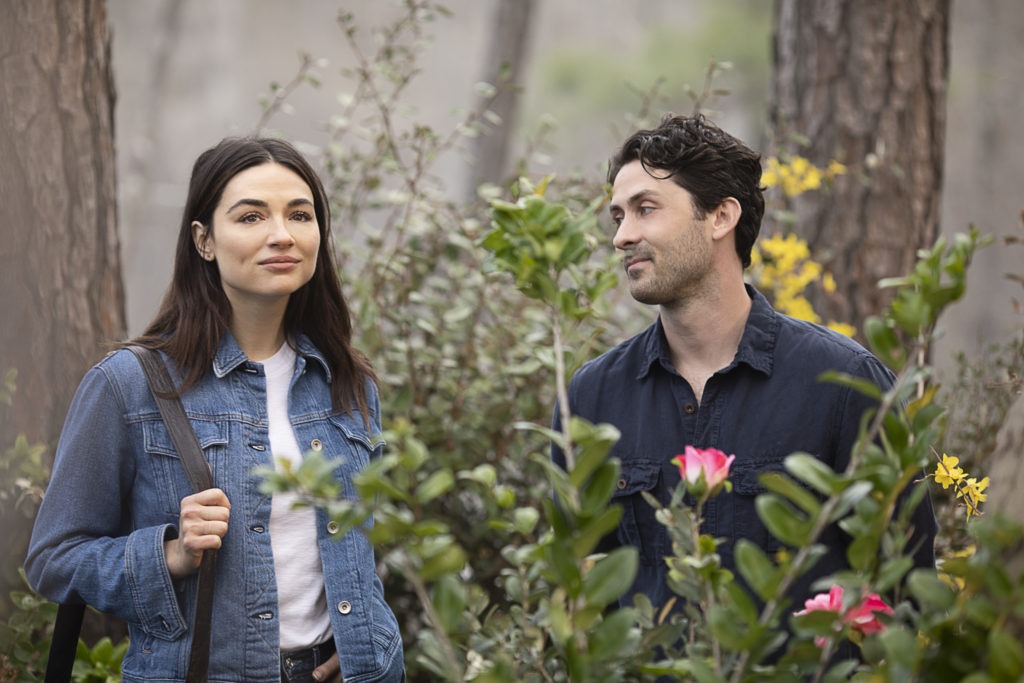 Continuing from the previous episode, Swamp Thing has produced a spore that allows Abby (Crystal Reed) to hallucinate and view him as Alec Holland (Andy Bean). For the uninitiated, this ia a trick used in the comics through the use of tubers he grows from his body, albeit in the case of Swampy and Abby, for ahem… lovemaking. While the results appeared uneven at times, seeing the concept translated onscreen is quite enjoyable. I’m glad they decided to use that as a storytelling tactic prior to the series conclusion.

The reunion leads Alec and Abby to the Rot, a force that’s been addressed previously on the show. The Rot is in constant battle with the source of Swamp Thing’s powers, the Green. Yet another cool nod to the source material (there will be more), but Abby has danced with darkness one too many times and during their trip visiting the Rot’s domain in the swamp, she becomes infected by it.

The true meat to be had here has nothing to do with the stars, but rather the supporting cast. There are some outstanding acting performances and subplots that consistently bring the goods. The trio of Avery Sunderland (Will Patton), his wife Maria (Virginia Madsen) and Lucilia Cable (Jennifer Beals) are an absolute tour de force that could crack your television screen.

Beals and Patton are paired up after she throws a serious wrinkle into Avery’s plans to host his benefactor, Nathan Ellery of the Conclave (told you more comic connections were coming). Avery’s goal is to secure the funds Jason Woodrue (Kevin Durand) needs to finish his research. Rather than arriving at dinner on time, Avery ends up in a serious quagmire. The acting supplants the somewhat predictable outcome to his troubles and accentuates the suspense. Waiter, can I get more of that onscreen chemistry, please? Thank you.

Speaking of interesting wrinkles, the script is fully stocked. It starts with Avery, Lucilia and even her son Matt Cable (Henderson Wade) joins the fun, but doesn’t stop there. For example, it’s been established that Woodrue wants to cure his wife of her Alzheimer’s disease, due to his odd demeanor suspicions are bound to be raised. Namely, what does Woodrue truly love the most, his spouse or science?

While the episode title Brilliant Disguise obviously is a reference to Alec and Abby’s adventure, it may actually, and appropriately, be a metaphor for Maria’s character arc. We’ve seen her emotional status take many forms. There have been flashes of strength, but overall she’s been suffering from grief. To the point, it made her delusional, nearly following the ghost of her daughter Shawna (Given Sharp) to early death in the murky depths. Not…any…more.

Maria flexes her muscles and we witness how she’s not someone to be reckoned with. Empowerment is one heck of a drug, which makes you wonder. Was she always waiting in the weeds ready to strike, or was losing Shawna for good the straw that broke her back? Either way, it’s a powerful performance to watch. Madsen knocks the role out of the park and into oncoming traffic. Which coincidentally, is where one may end up should they cross Maria Sunderland.

Yet again, there isn’t much Swamp Thing physically to be seen. Understandably frustrating for some I’m sure, except there’s poetry at play and it shouldn’t be dismissed. While Abby saw him as Alec again for a brief time, he remained in the body of a monster. No matter what transformations or trials lie ahead Alec accepts his fate, but he’s unwilling to let go of at least one human characteristic, his heart.

Lastly, still in the source material and speculative vein, I must also note this installment ends with a severely wounded Avery letting out blood-curdling scream. What terrifies him so? Could be pain I suppose. My inner fan, however, cried out Anton Arcane! I know, with three episodes left, this isn’t the time to have such hopes. But think about it for a second, how perfect would it be that Brilliant Disguise gave birth to the greatest charlatan Swamp Thing has ever faced? Hmm…