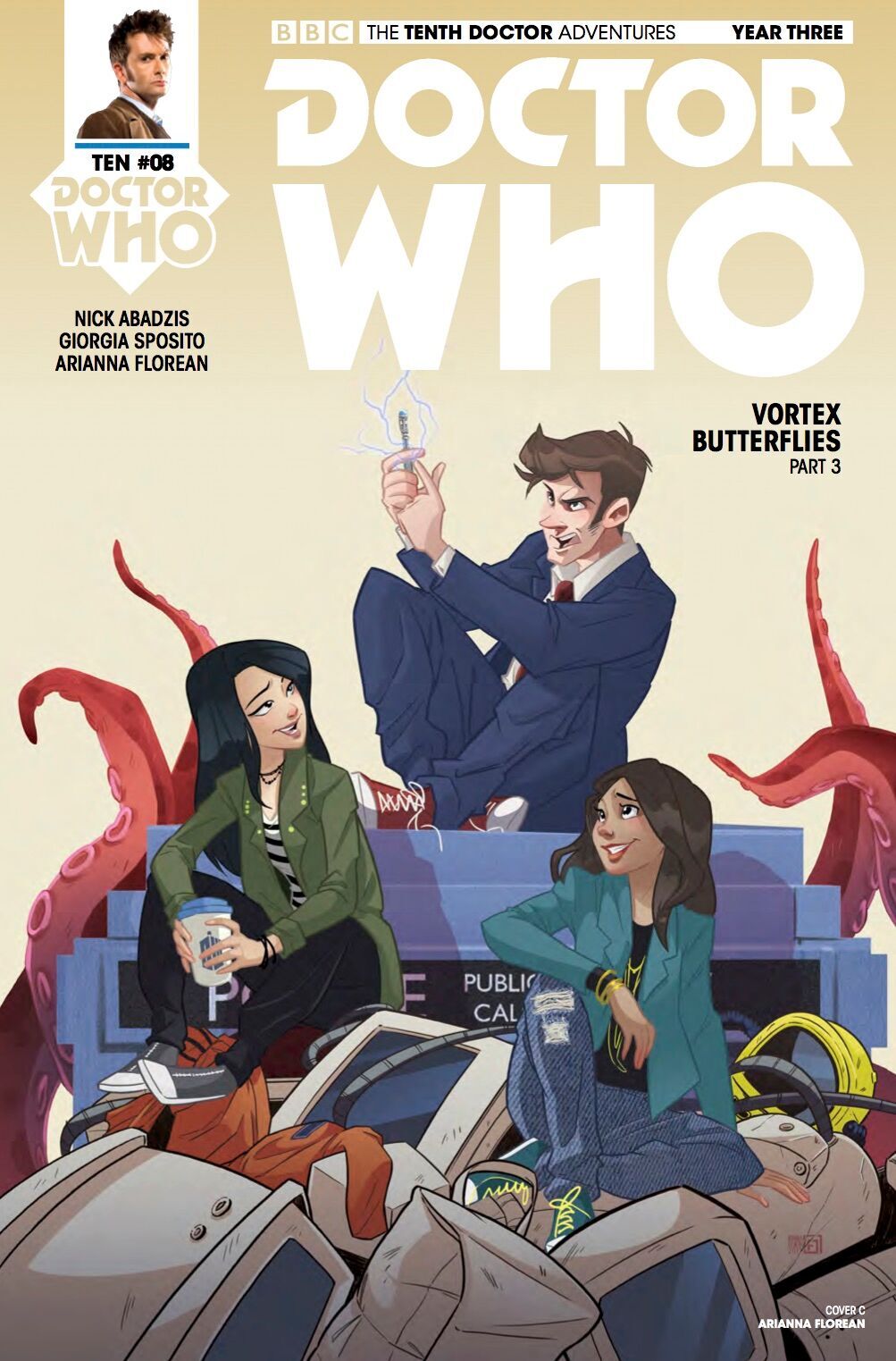 Because I hadn’t read the prior two, that’s why. Sorry, mate.

To be honest, despite not fully knowing how Gabby and Cindy met, or how they got to Earth, why and how they’re living with the awesome companion Sarah Jane Smith, or what powers Gabby has obtained through her journeys… however, I love the fact a companion is an avid artist, gives an art nerd like me some hope.

We meet up with the two girls chatting with Sarah Jane, who I was very excited to see. I’m glad she’s getting some time in the comics as I feel we can never have enough of Sarah Jane Smith, especially in her older years, seeing how much wiser she had gotten – and her awesome computer Mister Smith… oh! And let’s not forget her very own K-9! Sorry, but you can tell I really love this character. 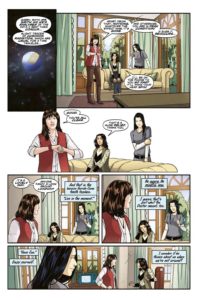 *May Elisabeth Sladen rest in peace *

With Gabby and Cindy on Earth with Ms. Smith, the spindly Doctor is in his TARDIS with a mechanical gizmo called “Marcie.” Together they are tracking a creation unlike anything he has ever seen before. Now, I know about as much as you do about this mysterious phenomena/ creature/ alien thingamabob, but it’s appearance looks very much like the classic opening to the Doctor Who television show! How awesome is that? I hope that was done on purpose.

While the Doctor deals with a strange creature resembling the opening credits to the William Hartnell era of the program on a pink planet with strange crystals and a dislike for “gizmos,” Gabby is trying to move on with her life, signing up for art classes, and getting ready for a life without the Doctor and the TARDIS, but Cindy isn’t ready, but she is ready… she doesn’t know. She wants to reconnect with Gabby on the old friendship level they used to have but Cindy sees Gabby can’t go back… 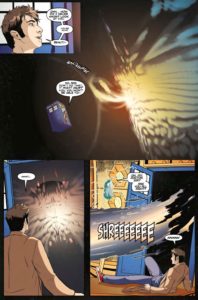 Cindy sees a remarkable amount of wisdom in Sarah Jane, and asks for her opinions, only to learn that while she wasn’t too sure why she loved Gabby so much, Sarah summed it up best: perhaps you love Gabby because she’s Gabby. Apparently, this was an epiphany for Cindy as she was surprised to hear this from Sarah Jane, thinking that’s exactly how she felt. Tell those you love that you love them, before the opportunity passes you by.

It ends with the creation telling the Doctor it wants to get rid of all gizmos, which turns to Gabby, drawing, then looking up to see visions of her past journeys, and the Doctor himself. The term gizmos concerned the Doctor, so perhaps there’s some sort of tech inside of Gabby which allowed her to gain these powers! 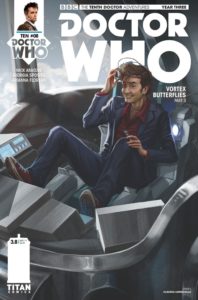 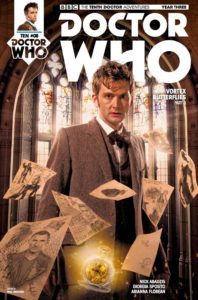 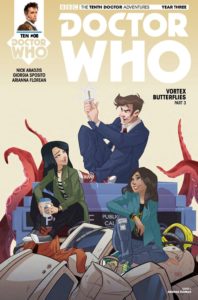