Any hardcore gamer would frown upon the idea of calling the next titles addictive games. But the truth is that most of the ones mentioned here at one point have been more popular than any contemporary title. As a bonus, they are so light that nobody will ever worry about having enough juice to run them. Also, having a several-thousand-dollar setup won’t matter in running these games as many of them were invented at a time when computer memory was called kilobytes. 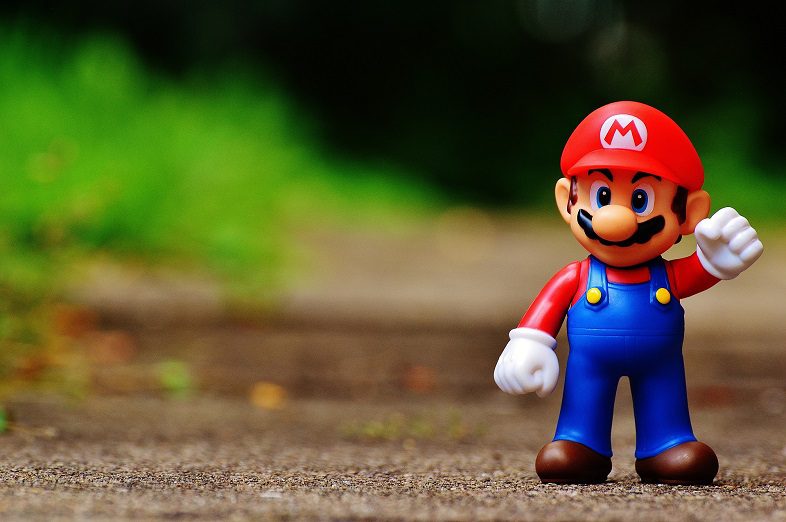 The red-hatted plumber always takes us down memory lane.Super Mario

Though it helps, you don’t need to have grown up in the 90s to know about Super Mario. The storyline of a plumber fighting through turtles and dragons in a quest to save a princess captured the attention of millions and keeps doing so. Initially developed for Nintendo in 1985, the game has since been ported to every existing gaming platform, allowing the Mario craze to keep living three decades after its inception. Opt for Mario Kart for a modern twist on the old classic.

It’d be a gross understatement to say that Candy Crush is a hit.

You can’t skip Candy Crush in a post about the most addictive games. The saga took the world by storm and permanently fixed the better half of smartphone owners to their devices’ screens. Candy Crush more than successfully utilized the idea that the simplest games are the most addictive. Not long after its massive success, the gameplay received countless new and more challenging levels, ensuring that the brain buster will live on for quite some time. 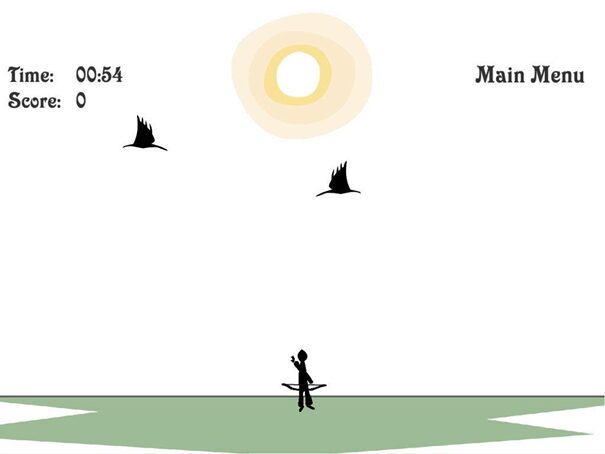 It takes a real mental strain to think about a simpler computer game than the Bow Man.

Speaking of simplicity, it doesn’t get any simpler than the Bowman game. All you have to do is figure out the right angle and pull and release the arrow straight into the enemy’s chest. Thanks to the Bowman, getting your Robin Hood vibe on got a little easier. But we would never admit to playing it while wearing green pants and a pointy brown hat. 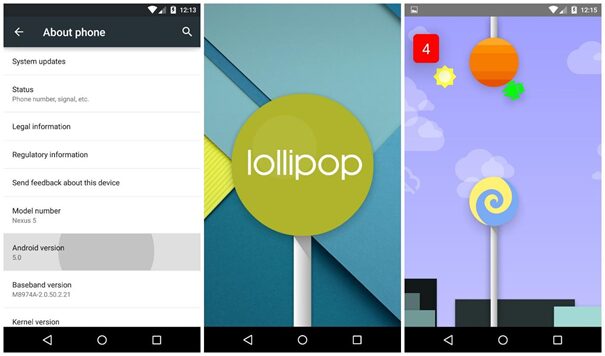 The Android hidden game is not for people with short fuses.

This one is an Easter egg hidden within the Android OS since Gingerbread. Each subsequent Android version got a different gameplay, and each one is annoyingly stubborn to crack. To unlock it:

Alas, we do know about a few cases where phones ended up flying against a wall because of the game. We suspect that it might be Google’s devilish way of stimulating smartphone sales. 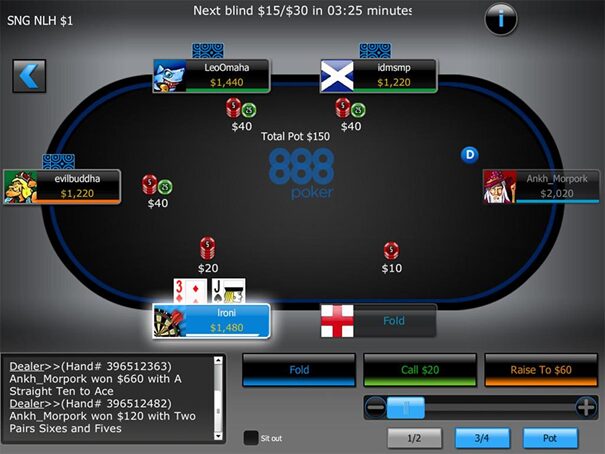 Poker is no longer a casino-only game. Nowadays, anyone with a smartphone can play.

Getting paid to play a game? Does it get better than this? To be fair, you’ll only get paid if you are better than at least one other player. Nevertheless, poker can be quite fun even if only for pretend money. The game has been booming in recent years to the point that now you can download it on any device and pretend that you are 007. Yet another way to silence the loudmouths that say, “gaming is not a real job.” 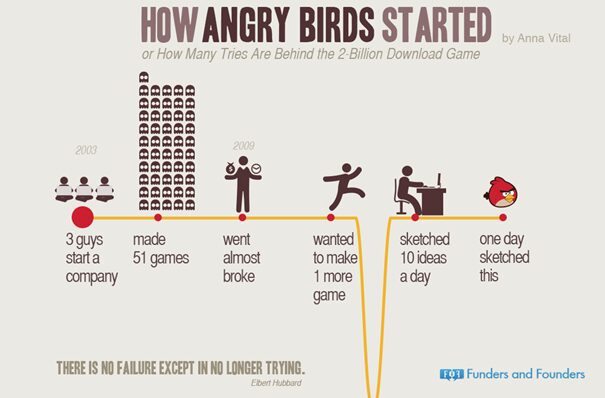 Birds and pigs are having a brawl — what else is there to say?

Anybody who’s tried to go through a flock of geese knows the real meaning of angry birds. So, we never got why they would throw themselves against a bunch of pigs. Yes, they do seem to have some long-standing territorial feud with the grunting creatures, but you’d think there are more sensible ways to settle the beef. Anyways, we can’t help but give the Finnish their due for taking over the world with nothing more than a flock of brightly-feathered selfless warriors. 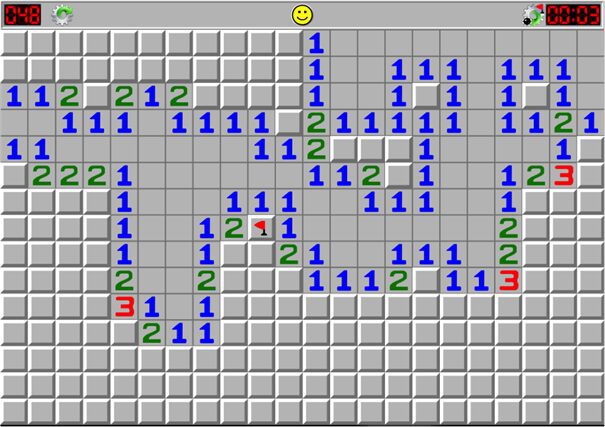 Do you ever wonder how many people got fired for playing this one on company time?

Have you ever felt like the leader of a bomb disposal unit while playing minesweeper? Neither have we. A couple of decades ago, the minesweeping craze overtook office cubicles all over the world like a pandemic. Making sense of numbers, flagging “blasting zones” and holding one’s breath as not to disturb the mines were all too familiar to the average white-collar worker in the 90s. You can even get the game on your Mac, and there’s also a multiplayer version.

Bejeweled is old enough to be graduating from college, yet its fame doesn’t fade away.

Developed a decade before Candy Crush, Bejeweled capitalized on the inexplicable pleasure that people find in matching same-colored objects only to watch them disappear with a pop. The game has survived for more than 20 years (though no longer easy to download), and like most classics, it has been ported for any device that can host games. Bejeweled is the epitome of what you’d call an addictive game: simple gameplay, progressively challenging levels and pretty gems.

Physics, AI and cake — a combination that says, “play me.”

If you feel like you are too sane of a person, Portal will change that. The brain-busting multilevel puzzle game is available for most gaming platforms, so you can give yourself a headache even on the go. Plus, the gameplay shows that AI can be a jerk (looking at you GLaDOS). And if you are feeling especially self-destructive, you’ll be happy to know that as of 2011, there is a Portal 2. We might’ve exaggerated a bit with the difficulty of this game, but it’s no piece of cake either (pun intended).

Minecraft has even found a place in school curriculum.

This one, along with Portal, is a bit of an outlier because its gameplay gets closer to a full-fledged game than the rest. On top of that, we haven’t heard of the other titles being used as an educational tool. That’s right, stacking virtual bricks on top of each other has an Education Edition “that promotes creativity, collaboration and problem-solving in an immersive environment.” It makes a lot of sense — grown-ups are always complaining about kids playing too much computer games. What better way to make them stop than to turn fun into a chore?

No matter how exciting and sophisticated big-title games become, the simple game niche is still a thing. Gaming is not only about 20-button controllers, and one can have fun even by spending a couple of hours matching colorful tiles. Yes, it does sound weird when you put it that way.