The power gap is narrowing between desktops and laptops. But there does exist a group of gamers that stick to their desktops. There are fewer compromises with desktop PCs. And your ability, as an educated consumer, to build and customize your rig presents gamers with the best possible performance to price ratio – also known as value. These days I’ve moved on from building my own PCs and have been enjoying laptops from a variety of manufacturers. The perspective to consider here is there are plenty of PC gamers over 30 that have built one or more PCs. Like me, many of my friends have done this. But, also like me, they are tired of it. It’s not the money – it’s the time, space required, and practicality. Personally, I’ve gone through more PCs (desktops and laptops) than I can count. I’ve built more than I can count. I’ve owned more GPUs that were the best at the time more than I can count. At some point I realized having one machine for gaming, work and travel is just unrealistic.

Enter the Y720 Tower. It’s currently in use as my primary gaming machine, replacing the Lenovo Legion Y920 laptop. My only recent experience with desktop PCs has come from Lenovo. They’ve supplied me with a few review units the past 2 years. I’ve seen their desktops retain their subtle design and include the latest hardware. You’ll see below from my 3D Mark tests, I’m seeing a minor increase in performance over the Y920. Importantly, since the Y920 rarely leaves my office (because I have use an ultrabook for daily use), I could save hundreds of dollars by using a machine like the Y720 Tower instead. With that, I’ve been really happy with the Y720 Tower and, if you grew up on desktop gaming PCs, you would too. 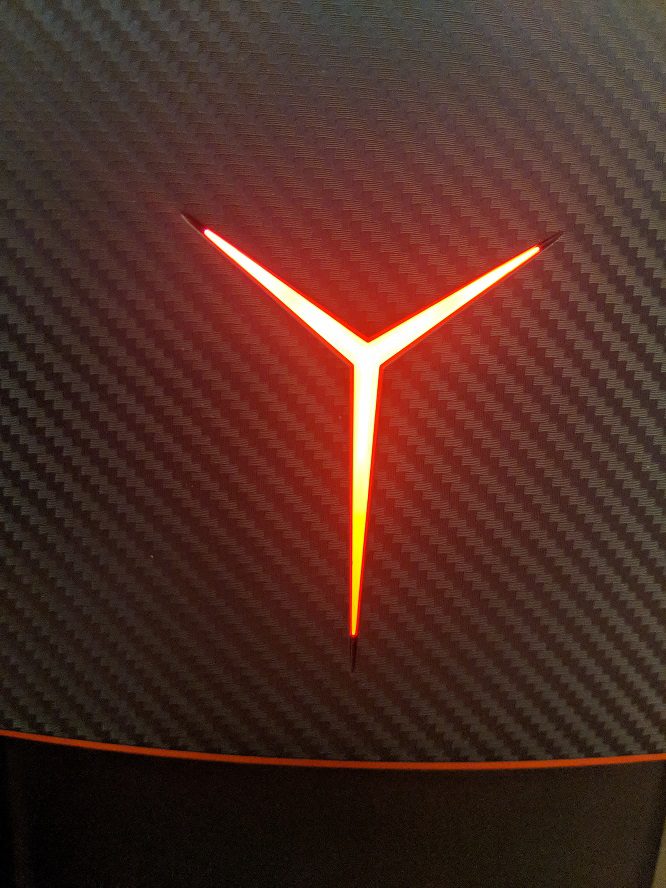 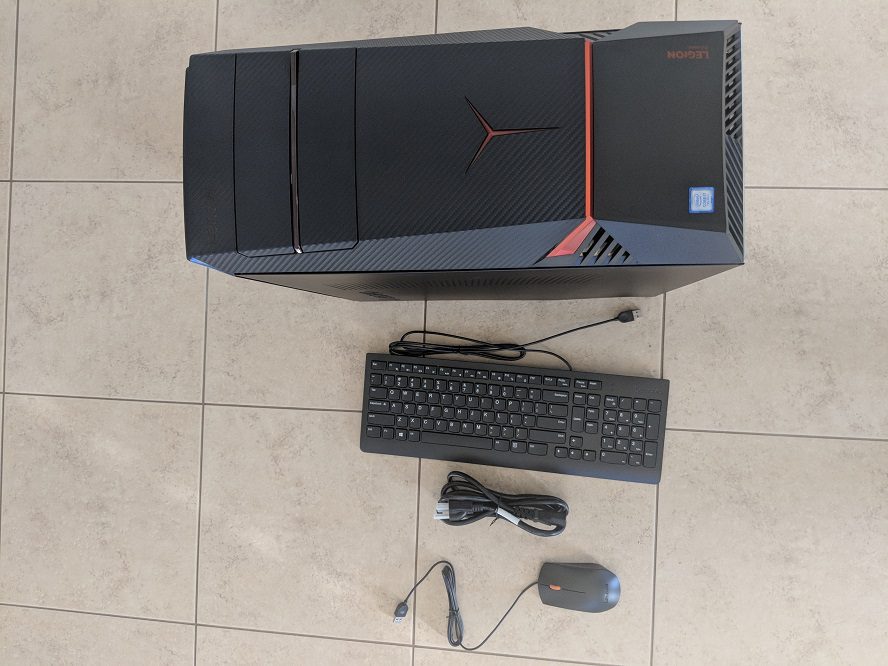 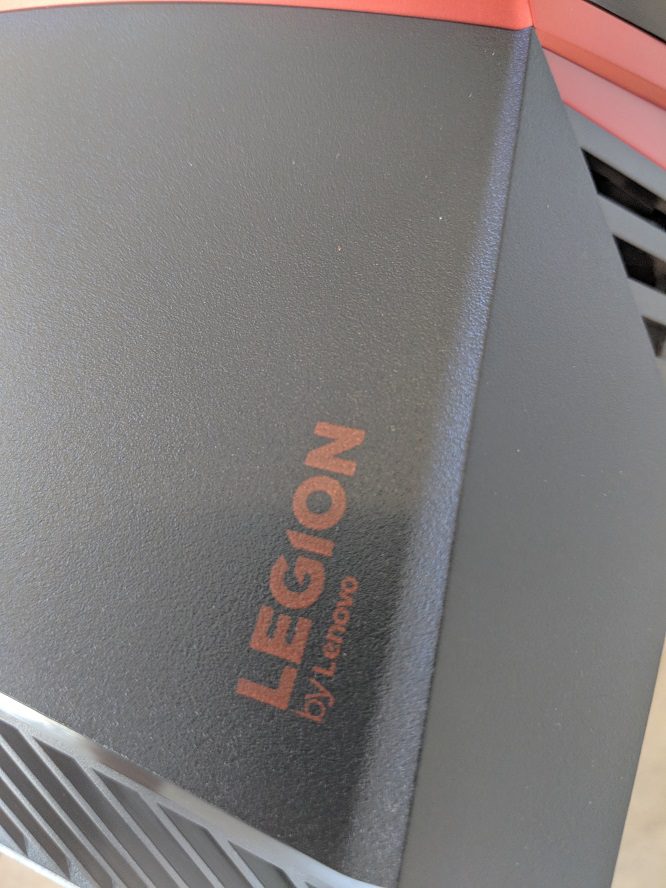 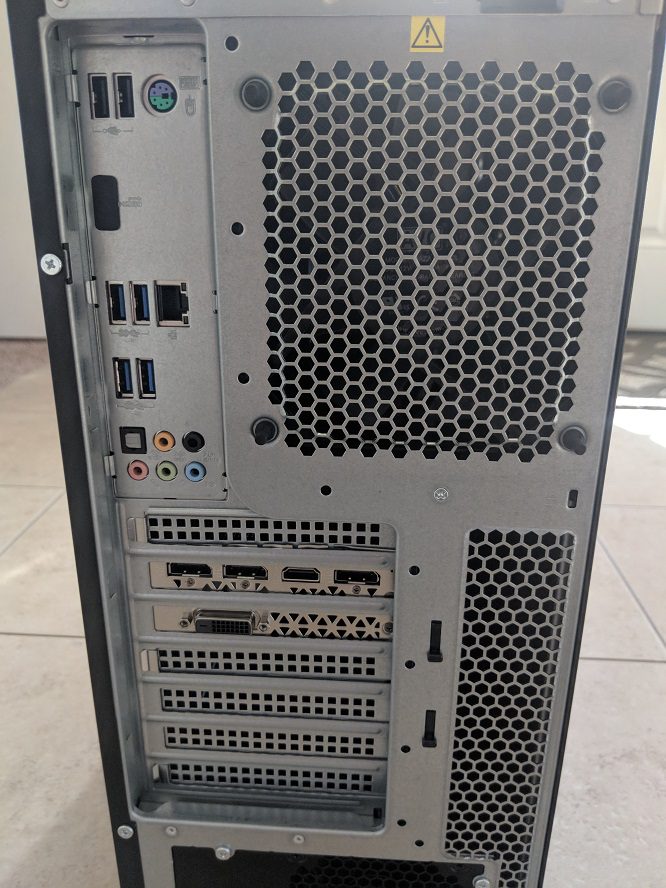 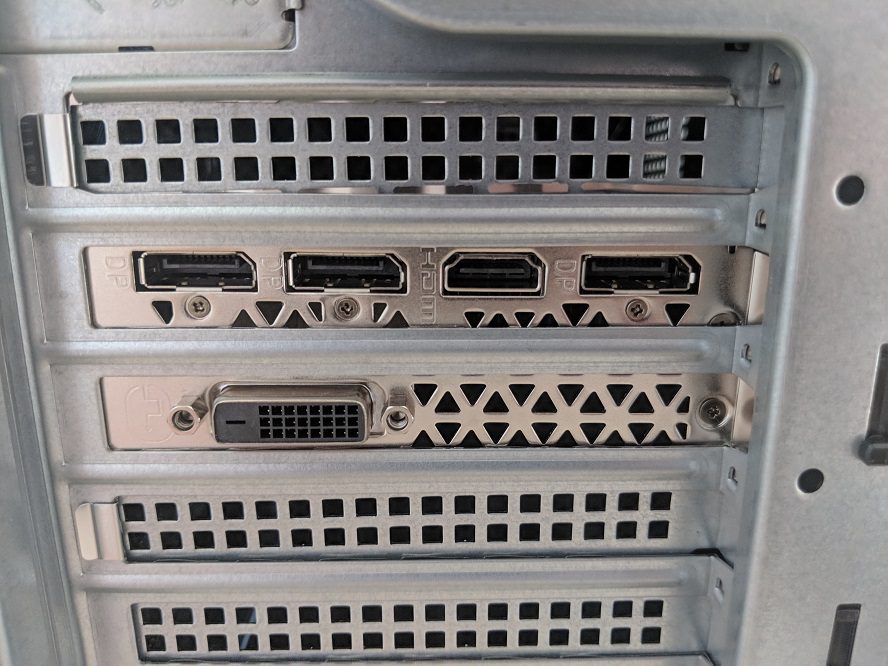 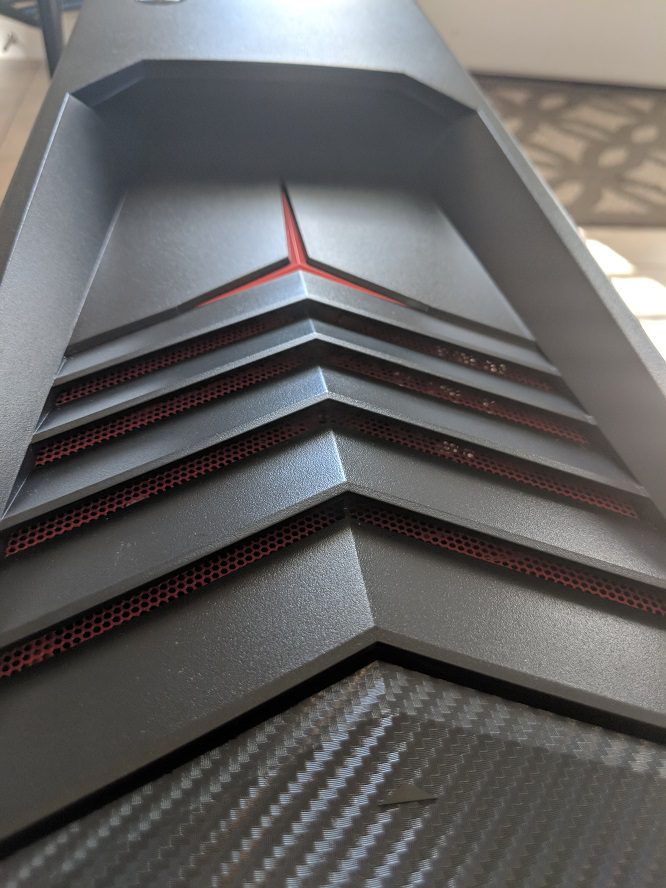 Everything about the Y720 is an appeal to desktop gamers, while maintaining the classic Legion laptop design. Lenovo saved you money: the chassis is not made of high-quality metals used in laptops like aluminum or magnesium, but it is really easy to open. It’s not anymore noise resistant than it has to be, and there’s plenty of room for expansion. This is a great starting point if you want a machine that will carry you several years into the future. Perhaps the most striking design element is the bright-red Legion logo in the front of the chassis. Lenovo’s done a fine job with a logo they’ve used across multiple devices over the years. My personal gaming machine is a Legion laptop. I love seeing that logo light up. The back of the chassis is littered with ports and has 5 open expansion slots. There’s an included DVD drive occupying the top bay in front. You could swap it out for a Blu-Ray drive if you want to try and make physical drives relevant in 2017 (almost 2018!).

Included with the Y720 Tower is a mouse and keyboard. For gamers, these are forgettable components. Don’t forget there are schools and libraries in need of PC components!

This is mostly for fun. I’ve been logging 3D Mark results of Lenovo devices for a few years. The higher the score, the better. Benchmarks are not the best way to test devices, but they help.

The Y720 Tower has replaced my Y920 laptop for the purpose of this review. I’m using the same daily setup: a 27″ 1440p display, and I do see a positive performance difference. When switching to a 27″/144Hz/1080p, curved IPS display from Lenovo, I found I could play every game on the highest graphics settings at no less than 60 FPS. I tested Doom, Dishonored 2, Witcher 3, and several other popular titles. I also took a long run into VR with Lenovo’s Explorer for Windows Mixed Reality. I subjected many friends and family members to this VR setup over the holidays. Some have VR experience, a couple own VR systems, and many were new to VR. In each case I never had a performance blip reported, nor observed on the mirrored display. Windows Mixed Reality devices, such as the Explorer VR, are designed to provide 2 distinct VR experiences. One for low-powered devices (such as an ultrabook) and the other for systems like the Y720. It’s called Windows Mixed Reality Ultra, and the Y720 remained in that mode throughout my use with it.

Between my daily gaming ventures and family VR fun, I’ve been very happy with the performance of the Y720. Pound for pound, and dollar for dollar, this is a compelling option for gamers that really want a desktop PC.

Who is this for

The current price on Lenovo’s website is just under $1,500, which is a $250 savings. The Y720 starts at $750, presently, with a Core i5 and GTX 1050 Ti. The chassis is exactly the same between these models Lenovo’s Y720 Tower has been made for the classic desktop gamer. It’s looks are subtly aggressive and lit just enough for someone who doesn’t need to proclaim their inner gamer. Others may disagree – but I think the design is not overtly “gamer”. Given that, you’re getting a ton of power at about $1,500 for the model I’ve tested. Not to mention the ability to rip and replace the GPU, RAM, store, etc. The Y720 Tower is an excellent choice for gamers and power users out there who don’t mind a steel chassis and some lighting effects. 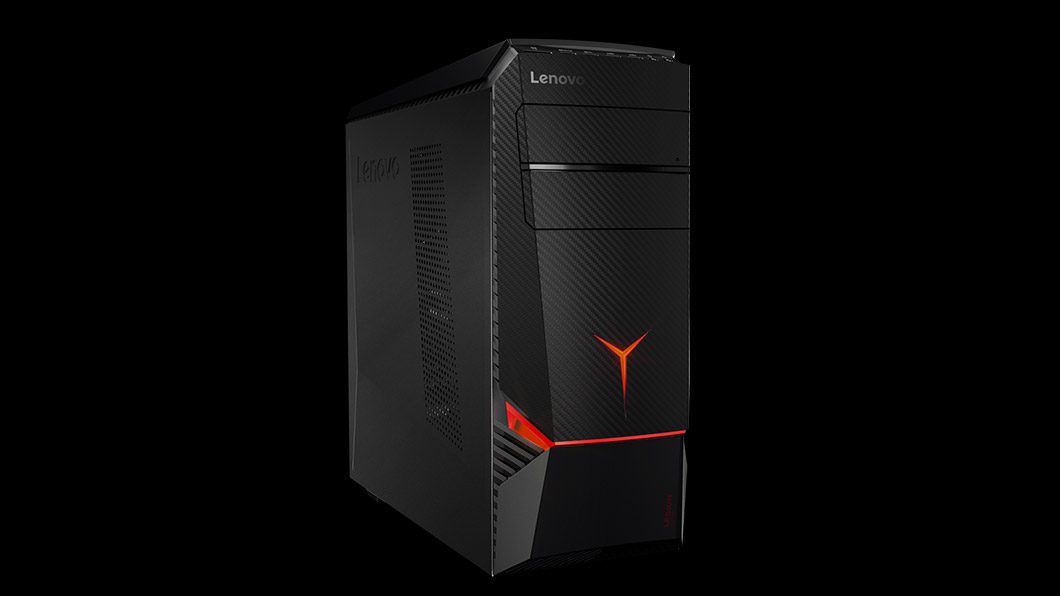 Antman and the Wasp Update