The Batman Who Laughs #6 REVIEW 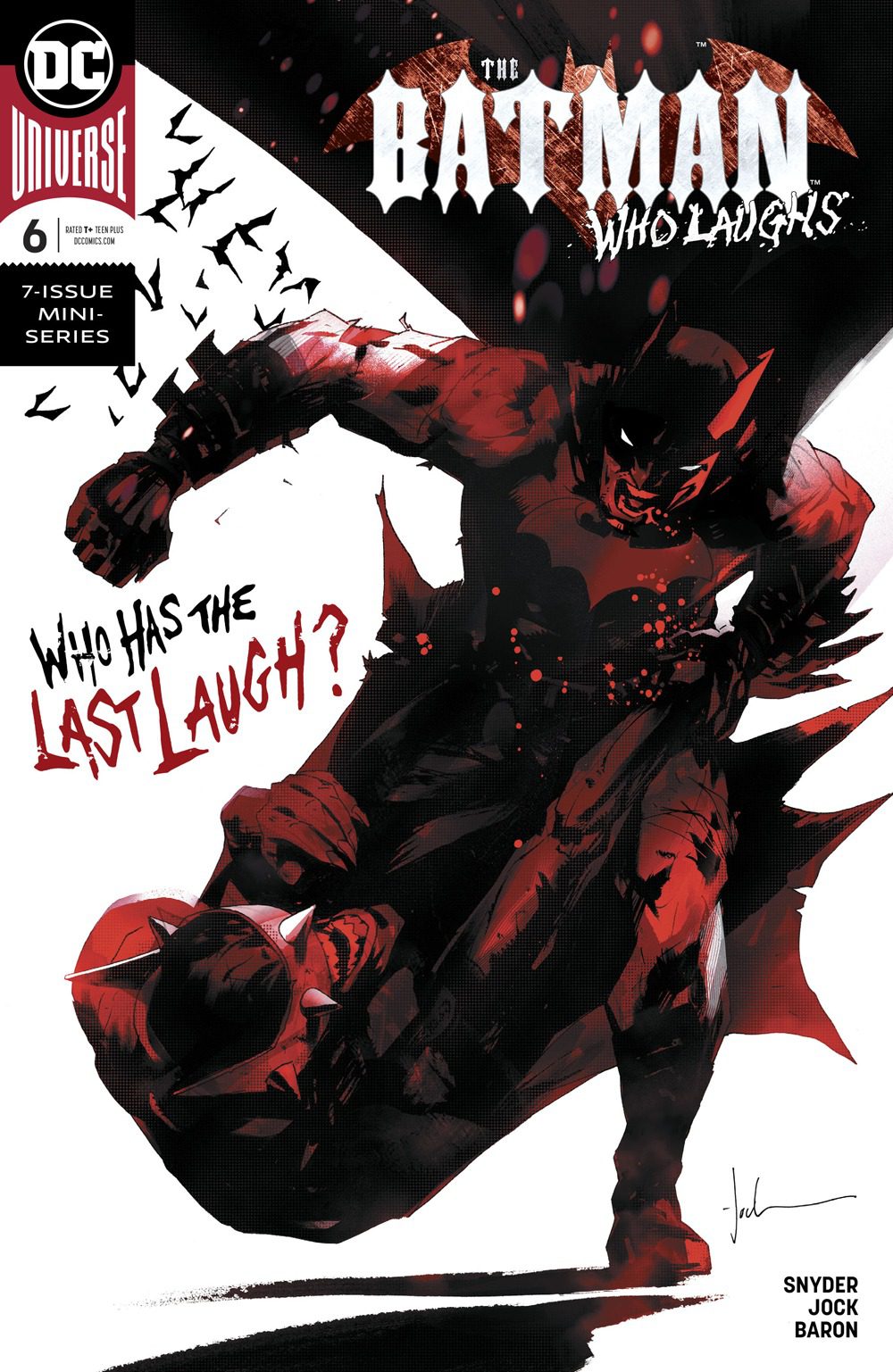 The Batman Who Laughs #6
DC Comics

Scott Snyder’s greatest strength in everything Dark Nights: Metal related is his ability to make Batman seem lost. He does that again in The Batman Who Laughs #6, setting up for a wild finale next issue.

What’s so impressive about Snyder’s writing is he uses everyone’s prior knowledge of Bruce Wayne against the reader. Everyone wants to believe Batman is going to figure everything out. Even against a Joker-Batman combo, he has to find a way. He’s Batman.

And Snyder’s approach is so effective in this issue especially because of the way he used The Batman Who Laughs #5 to set everything up. Last issue, it felt like Batman gave in to the serum and The Batman Who Laughs, but with two issues left in the series there was room to hold out hope. If you kept the faith, you were rewarded at the start of the issue. Seeing Batman back in the driver’s seat for a period makes for more of a roller coaster ride in The Batman Who Laughs #6.

Jock and David Baron lit the world on fire with the artwork this issue. (More on that in the in-depth spoilers section.)

(In-depth spoilers ahead. Don’t read until you’ve finished The Batman Who Laughs #6.)

I can’t speak for everyone, but there’s obviously a good chunk of readers who look forward to the action most from book-to-book. I definitely fall into that group.

The panels felt so cinematic. That’s also, in part, due to Snyder writing. The Batman Who Laughs is over here giving Bruce the business, asking what his angle is and all Batman says in response: “Come Closer. I’ll show you.” Simple, yet both badass and funny. (Also of a fan of the line “You may be the worst Batman.”)

My one knock on this issue is the Grim Knight. I understand he’s only human and everyone has a weakness, but his anger toward Jim Gordon doesn’t seem right to me. He’s still a cool character, but why does he care about this universe’s Gordon that much. (Then again, he does work for The Batman Who Laughs.)