The Age of Resistance draws viewers into a living world where it is easy to forget about puppets and just care for the characters. Lisa Henson and the Jim Henson workshop of puppeteers successfully create a world that maintains the aesthetic of the 1982 movie while expanding the rich canvas of mythology that The Dark Crystal was created on. Over the course of 10 episodes, the Age of Resistance will leave viewers in awe of what the Henson puppeteers are able to accomplish.

While the stylistic elements are impressive, it is the story that propels this series forward. Similar to the original movie, Age of Resistance does hesitate to raise difficult questions about race, class, and power. From the start, Sigourney Weaver’s narrator voice-over introduces new viewers to this world and refreshes long-time fans with the power dynamics in the world of Thra. The reptile-like Skeksis are few in number but rule over the native populations of the world, installing a ceremonial Gelfling ruling class the Vapra. The ruling class has normalized bias and discrimination against the other six clans of the elf-like Gelfling. In addition, the small Podling race faces discrimination throughout the land from the Skeksis and Gelfling alike. The puppets of Thra wrestle with these human issues, but the delivery is not heavy-handed and never obstructs the momentum of the larger narrative.

This narrative does take a while to fully develop, with a significant amount of world-building present in the first few episodes. The pace may feel slow for those new to the series, but even at 10 48-60 minute episodes the pace the scenes feels quick compared to the deliberate pace of the 93-minute original movie. By the fifth episode, the three Gelfling main characters: Rian (from the woodland warrior clan), Brea (a princess from the ruling Vapra clan), and Deet (from the underground Grottan clan) have crossed paths multiple times and are brought together in their quest. The pacing of the middle section of the story (episodes 4-7) propels the quest forward and makes good use of Netflix’s “next episode” option to skip the credits. Episodes 8 and 9 slow the pace down in order to set up the cost and conflict for the tense final episode. 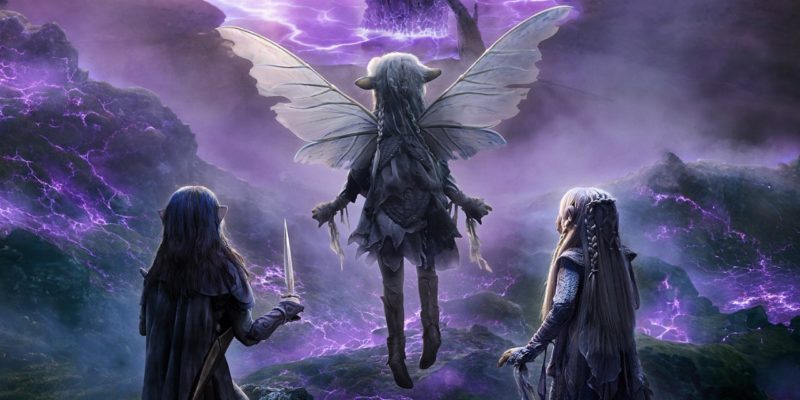 From the families of the main characters to the members of various clans, the supporting Gelfling cast creates a vibrant world that provides multiple avenues for character development. Never was a Gelfling side story forgotten or a character abandoned in the narrative. At times some plot points appeared to a dead end, only to come back a few episodes later. This rich characterization is in direct contrast to the limited antagonist Skeksis. While this one-dimensional characterization makes them less interesting compared to the emotionally complex Gelfling, there are lore reasons that the Skeksis are limited characters.

The lore connections of the Skeksis with the Mystics are creatively explained in an accessible way for viewers new to the world and provide a creative spin for fans that have kept up with the BOOM! Studios comics. The world-building is deliberate and frequently references styles, creatures, and visual elements of the original movie. But the series is not restricted by the 1982 original. Throughout every episode, the director, Louis Leterrier, uses establishing shots, quiet moments, and camera placement to expand the world while stylistically holding true to the original.

These connections to the original also create limitations for the series. As a prequel, there is only so much resolution the story can provide. While it does wrap up the narrative, the conclusions are not as satisfying as a stand-alone adventure.  Beyond some narrative limitations, the world-building scenes of smaller creatures often provide evidence of the studio’s mastery in their craft rather than meaningful story progression. At times this craftsmanship can present as flaunting when it slows down the narrative, but those scenes are few enough that it does not drag down the series. Fortunately, there is a master class of puppetry on display. From the emotion conveyed through limited puppet expressions to the smallest creatures living in this world, the ambitious Henson Creature Shop rarely resort to CGI and that commitment to the craft provides a consistency to the world and the action. Even the action scenes with puppets are tightly shot and edited to provide a sense of movement with limited mobility puppets. 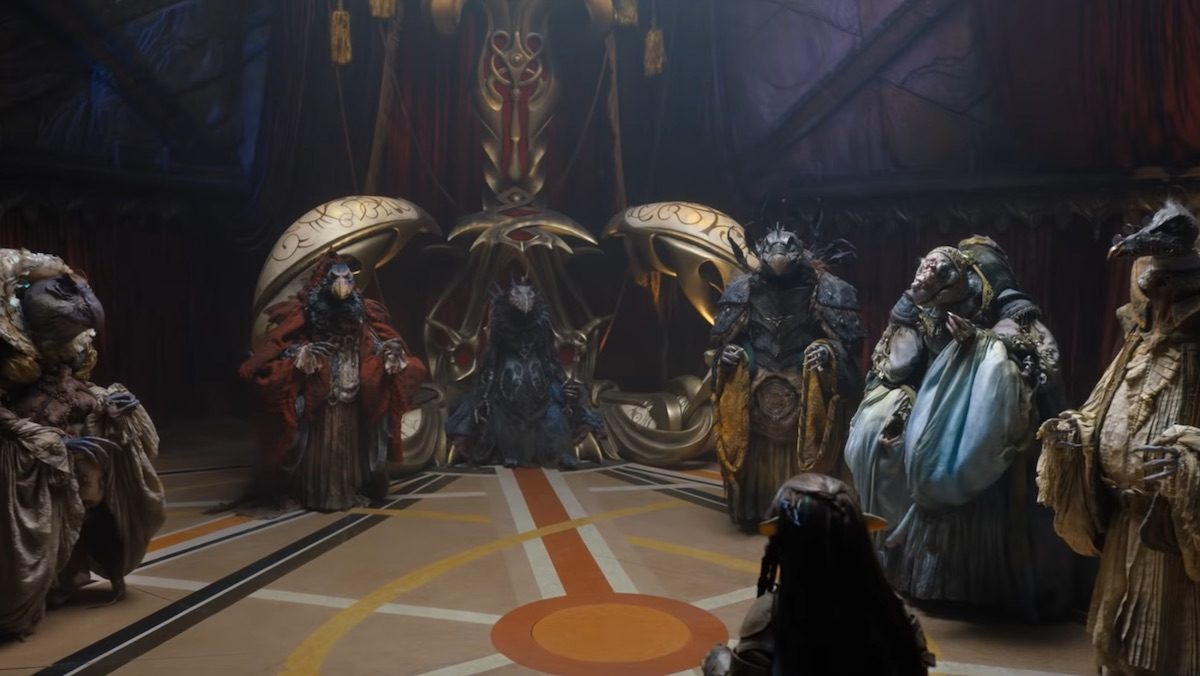 Like a true epic adventure, the journey, not the end is where the value lies. The experiences throughout the quest shape these characters and connect with viewers more than any conclusion could. As a prequel, the state of the Thra by the end of the series was known in 1982. But as its own series, Netflix and The Jim Henson Company create a meaningful and emotional journey for viewers and Gelfling alike. While not always a tightly paced narrative, The Dark Crystal: Age of Resistance succeeds in demonstrating artistry in the craft and allowing viewers to care and connect with a living cast of inanimate puppets.

netflix review The Dark Crystal
Add your voice!Join the conversation on Discord...
Join Our Discord