The Flash 3×16 “Into the Speed Force” Review

In this weeks episode of The Flash, we have Barry and the Speed Force meeting once again! Barry’s last face to face with the Speed Force was back in Season 2, where he noticed that it appears in the form of someone he knows. Going into the Speed Force this time, Barry understands what he is getting himself into; he’ll do ANYTHING to save Wally. Was this episode better than last weeks? Let’s get started..

Barry’s first trip through the Speed Force takes him to the CCPD on a rainy night where we see… EDDIE. Yes, Eddie. Eddie is alone in the entire building, staring out of a window, while it’s raining. Can this scene get even more creepier? Well, we find out that it’s not actually Eddie; it’s the Speed Force. 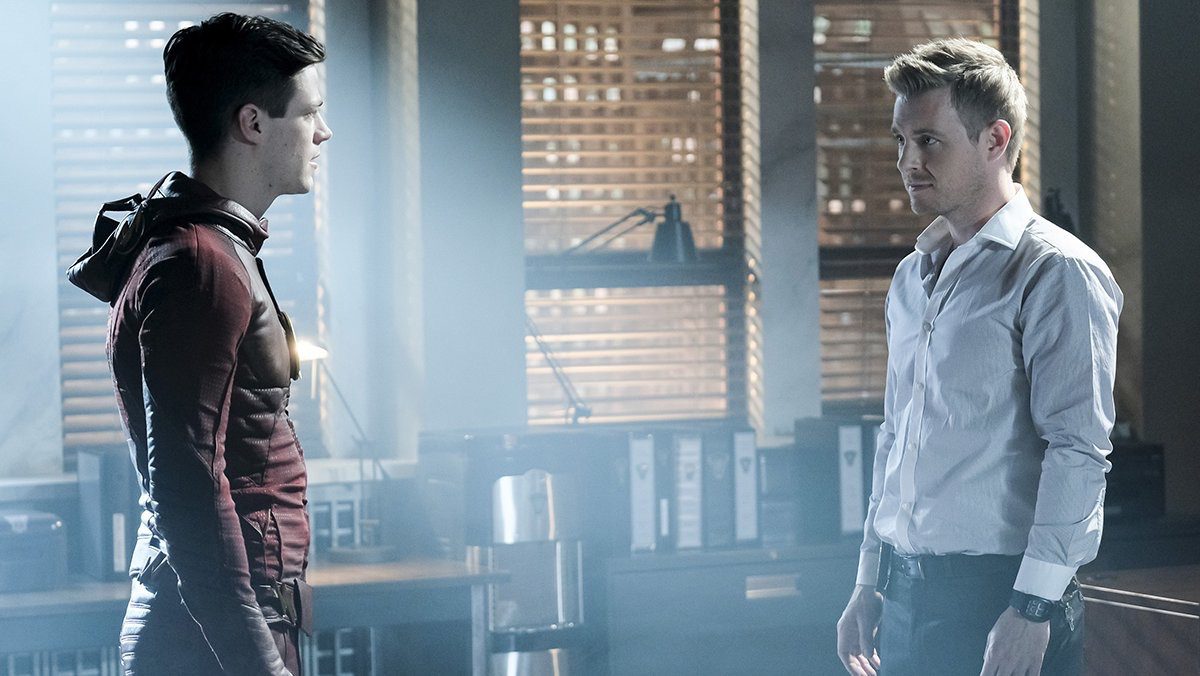 Failing to catch Barry, Barry’s next trip is to STAR Labs, where he see’s Caitlyn singing “Hush, Little Baby”, while holding a … baby? Who’s baby is it !? Ronnie’s, Julian’s or Zoom’s !? Well, we realize it is in fact Ronnie’s baby. 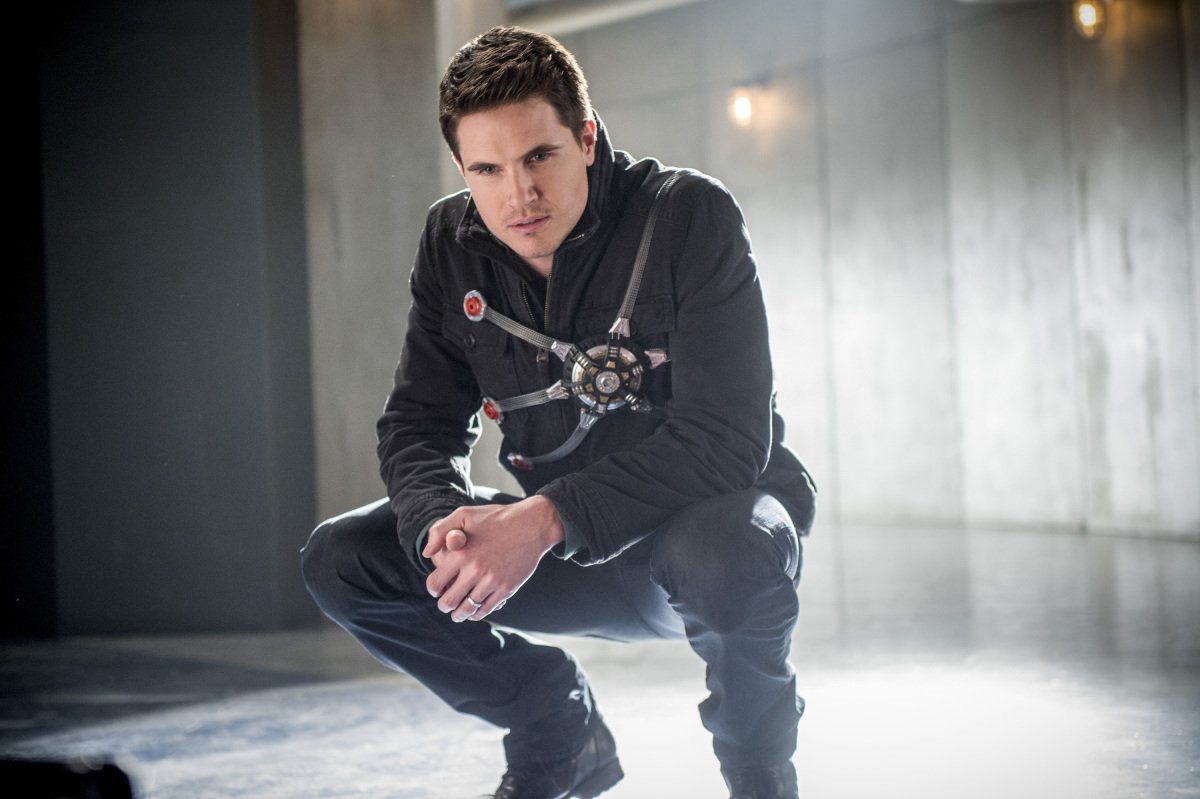 Ronnie returns (as the Speed Force of course) , showing to Barry that this is what life would’ve been like if he never sacrificed himself to help Barry and the city; primarily Barry . That’s what we do on The Flash, we blame everything on BARRY.

After an emotional conversation, Barry is then stopped by BLACK FLASH. 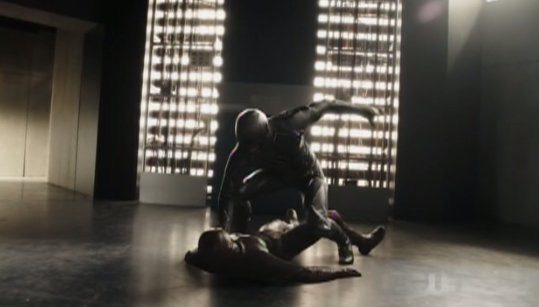 This is technically Barry’s first confrontation with Black Flash; besides seeing him being ripped apart by the Time Wraith’s in the season 2 finale. After a quick brawl between the 2, Barry stops Black Flash and that’s the last we see of him in the episode (sad face).

The next trip in the Speed Force is to the hospital. Barry notices Wally in a room, just starring down at an empty bed. We figure out that it’s not an empty bed, thanks to the return of CAPTAIN COLD ! 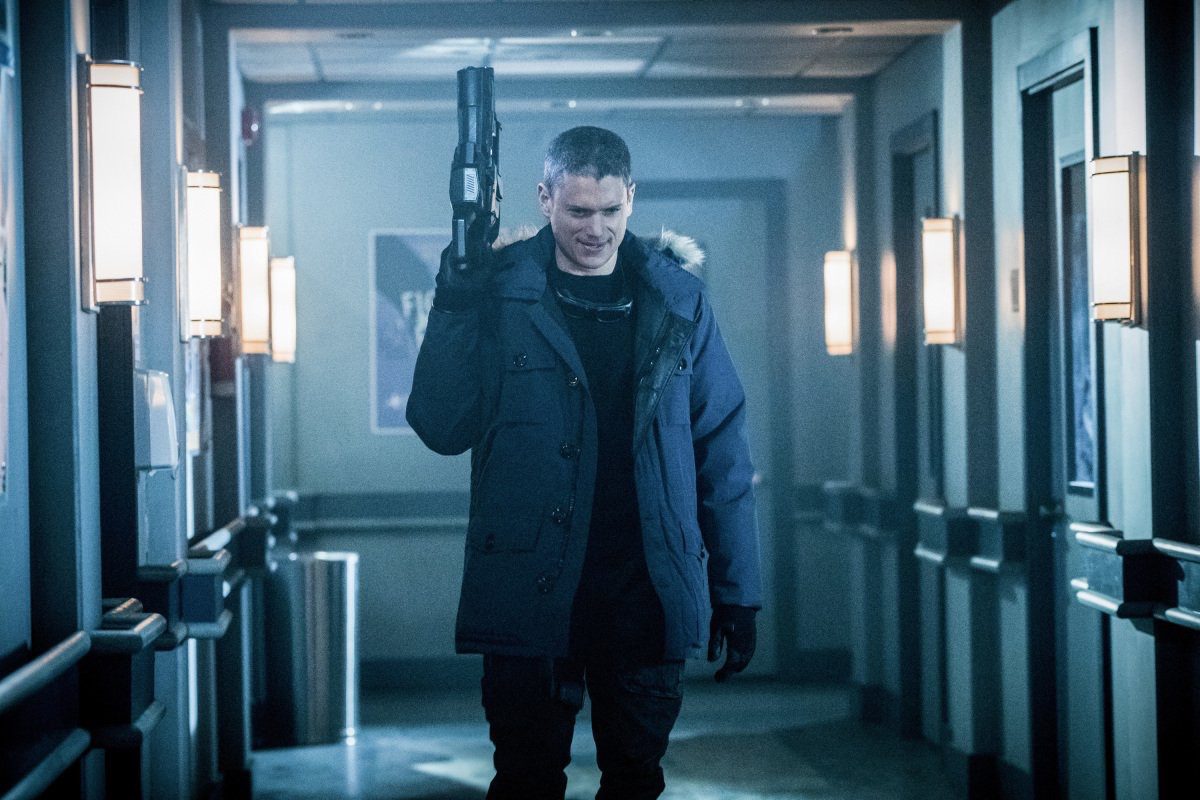 The Speed Force, that is. Snart informs Barry that Wally is reliving the most painful moment of his life; his moms death. He also tells Barry that a member of the Speed Force must take Wally’s place, if Wally is saved. Attempting to break Wally out, Barry is quickly stopped by Snart’s freeze gun. Snart is ready to finish the fight and pull that trigger one more time, but he’s stopped by someone else. Our 4th return in this episode, JAY GARRICK! 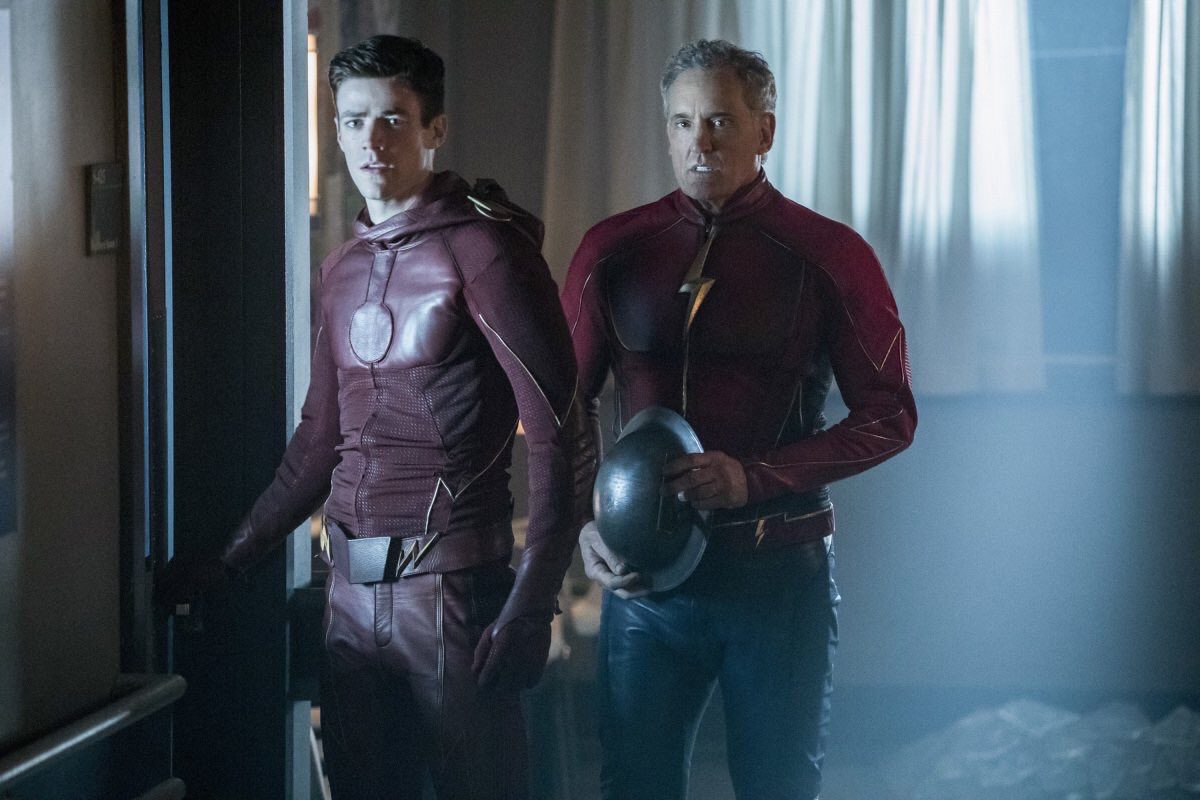 Jay GARRICK RETURNS and saves Barry from evil Speed Force Snart (as if he wasn’t evil enough before). Garrick let’s Barry know that he was sent by Cisco.
Barry finally comes in contact with Wally, saving him from the vision of his mothers death. Before leaving the room and the Speed Force, we get an emotional scene between Barry and Garrick. Instead of Barry taking Wally’s place in the Speed Force, Jay decides to stay because he feels he owes Barry for the time he was saved from Zoom.

Returning to Earth 1, things don’t seem to be so exciting. Jesse decides to leave Earth 1 and be the Earth 3 Flash ; due to Jay Garrick’s absence. Of course, Wally isn’t so happy about this, but the 2 of them admit that they love each other - leaving off on a good note. On another note, thanks to the sub-plot in this episode, team Flash now proved that Savitar is not a god, but a human. But as always, good news comes with the bad news. Barry and Iris have a little venting session. Iris gives us fans hope that she and Barry will get married, but then Barry low blows us. HE BREAKS UP WITH HER! Saying for the 100th time, “We need a break”.

Final Verdict
‘Into the Speed Force’ was one of The Flash’s more serious, but lazy, episodes. It was great seeing the returns of fan favorites, but I felt they could’ve done more with the episode itself. After last weeks end, I thought Wally was going to be in the Speed Force for awhile, having a dramatic story throughout the remainder of the season, but they discredited that episode with this weeks. On top of all that, I felt the sub plot was more important than the main! Jesse confronting Savitar, stabbing him with his own armor and proving that he is a human, that was some effective information! I personally feel like the sub plot deserved its own episode. Basically, I felt this episode was pointless.