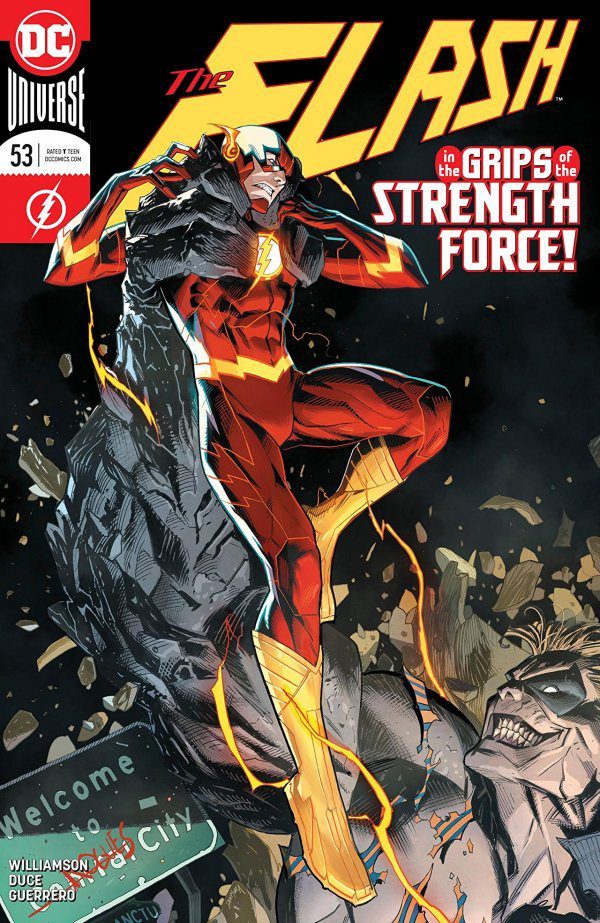 Barry Allen is about to learn that trusting anyone named Cold is a bad idea. After getting a look at the back story of the 25th century officer named Commander Cold, we are given an insight into how he dispenses justice in his time. After dealing with a tragic event involving an unlikely villain, Cold finds himself working with the Flash to try and take down a Strength Force infused Trickster. As the pair tries to bring him down, Iris finds herself at the local library trying to find some clue to the forces herself. It’s nice to see Iris getting back to being a reporter in this issue.

It’s gratifying to see her use her skills and take on the issue from a different perspective. It helps to give her character more purpose in this title. As the fight spills out into the city, Flash finds himself dealing with a Trickster who’s powers are unstable and Barry is forced to make a deal with Warden Wolfe to find a way to extract the Strength Force from Trickster before it’s too late.

This issue of The Flash is fun but feels a little too familiar in places. I enjoyed the story for the most part, but the plot points that get touched on in this issue are ones that keep getting put on the back burner essentially. I like bringing Wolfe back into the picture, but his story was developing before Flash War and my interest in it is starting to wane as it keeps getting pushed aside with no resolution. Frankly, if the artists on the book wouldn’t draw him with such menace, his story wouldn’t be so compelling.