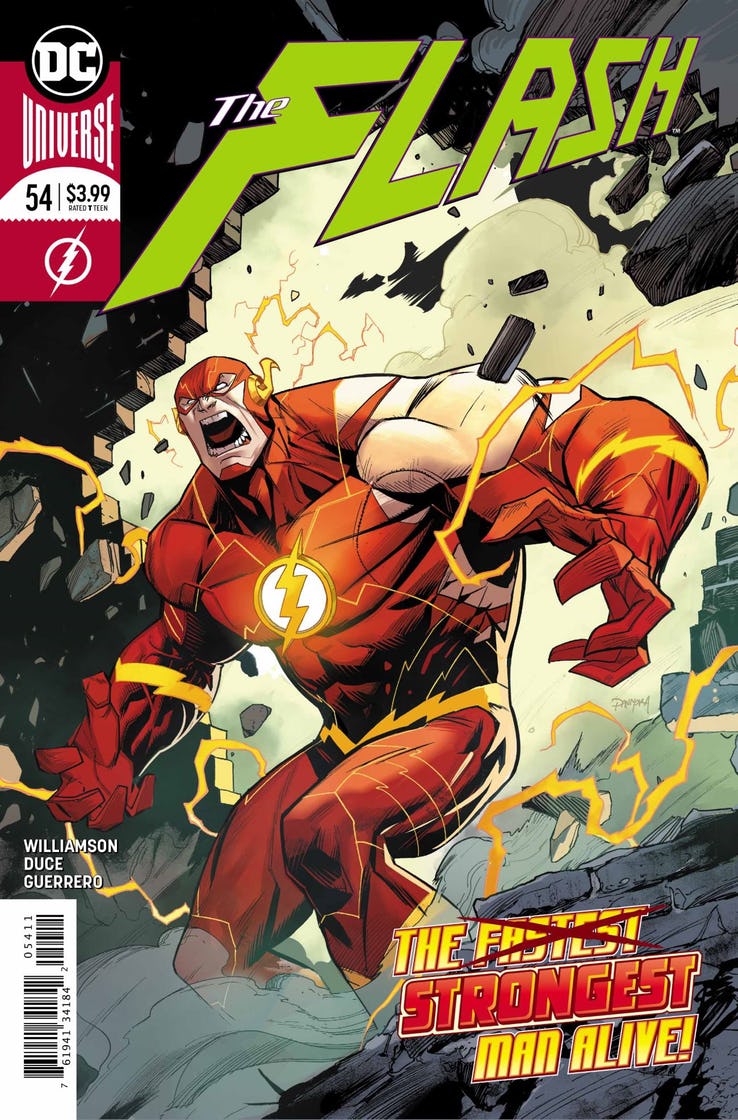 With time running out and Axel’s anger towards the warden increasing, Barry must find a way to stop the kid from becoming a monster as well as protect everyone in the prison, including the Rogues.

This was a good issue. Unfortunately, if I said anything more about the plot, it would spoil it because the action and pacing of this issue was really fast. There weren’t many moments that were reserved for things other than the plot and that worked in its advantage because it gave Barry a sense of immediacy in both his planning and actions. It allowed the reader to see Barry solve a puzzle in real time with stakes that were high for both himself and Trickster. Williamson does a great job of keeping the story moving quickly without losing the thematic thread or tension between the characters. This becomes even more effective when Barry confronts Cold and in his argument with Iris.

The art by Christian Duce is well done. I liked the details in the fight scenes, but some of the character moments didn’t really mesh with the tone of the scene and some of the facial expressions looked off in those moments.