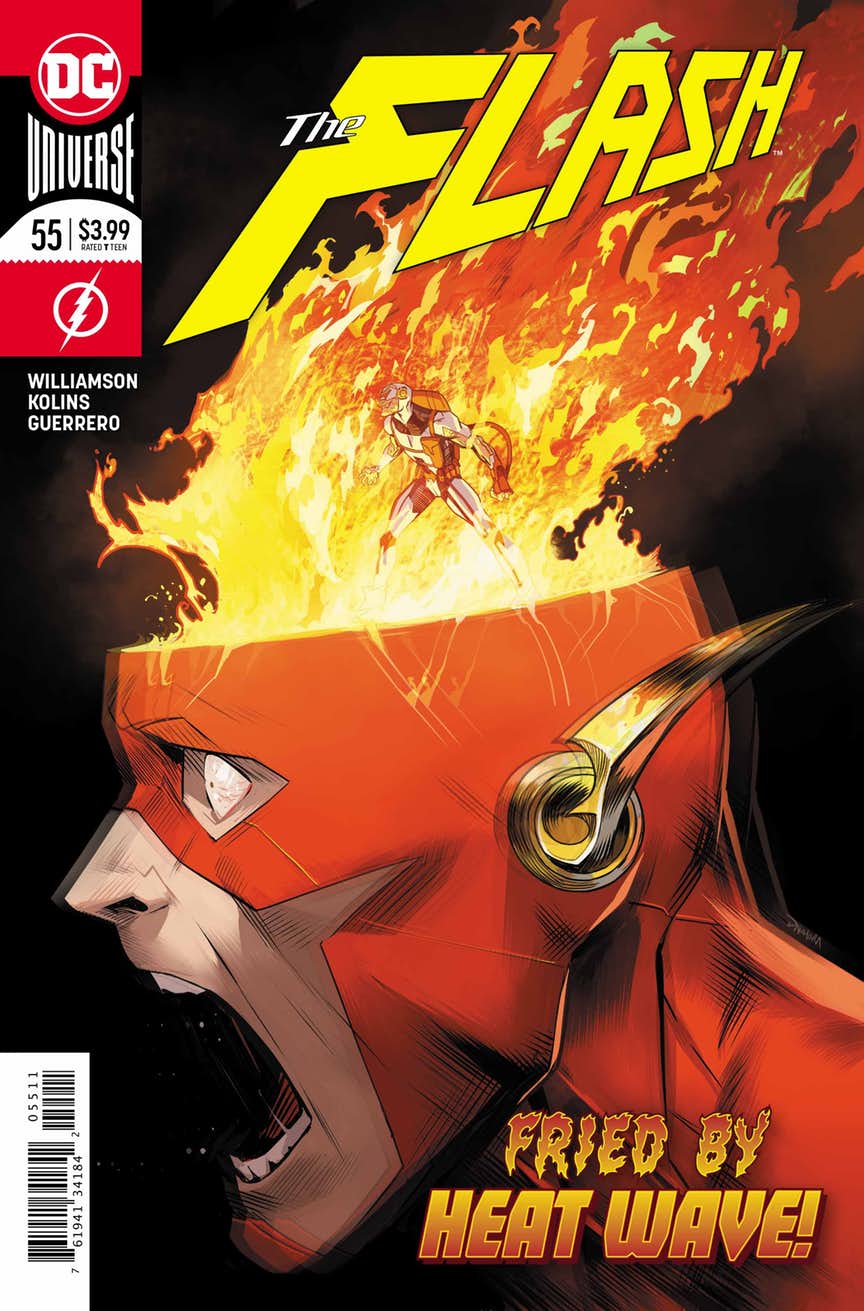 Barry Allen is thinking about his memories of Halloween and where he would like to be spending it with Iris and battling Solomon Grundy alongside Justice League Dark was not on the list. After taking the creature down, Barry attempts to return to a place of normalcy which includes a few drinks with his work friends and Iris. Unfortunately, the life of being a superhero calls when Mick Rory suddenly bursts into flames at Iron Heights after a session with his therapist.

When Barry and the rest of his team begin to investigate the incident, Barry is convinced that the warden has something to do with it, but that suspicion goes away with the thought that another mystery force might have attached itself to another Rogue. When a horde of fire based creatures begin attacking the prison on a course to Rory’s hospital room, Flash finds out that he might be right and that he might also be too late.

Williamson is able to hit the right beats with this story. He shows the reader the internal and external pressures Barry puts on himself. He shows the difficulty with maintaining the dual nature of his identity. He also allows for the characters to grow and evolve from previous arcs and the story that he is crafting with Heatwave seems to be going in an interesting, personal direction.

The art was good in the issue, but it didn’t stand out as much as the art in previous arcs. It looks really good in the action portions of the book but looks flat when dealing with the more personal, character-driven scenes. A good start to an arc that looks like it’s going to be more character driven.