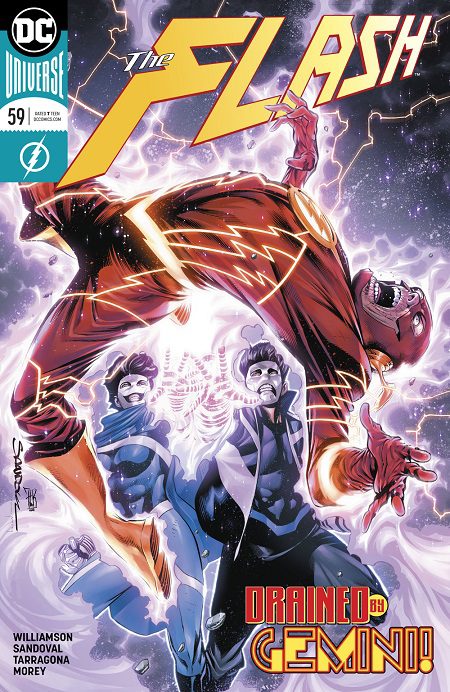 The slaughter at Gorilla City will lead Flash to the next stop in his Force Quest.

Flash and Iris find themselves in the midst of a massacre in Gorilla City and Flash is convinced that Grodd is responsible. As he thinks back to his past with Solivar, the fact that the former king of the city was trying to teach him about the Speed Force, is weighing on him. His regret catches Iris’ attention and she finally tells him something that he has needed to hear about the motives behind his biggest mistakes.

When a trio of surviving scientists in the city finds Flash, they take him to a hidden lab where a message from Solivar gives the pair information about the Forces that Barry is searching for. Iris takes the information and transmits it to Cold who finds a signal that sends the pair to Corto Maltese and a run in with a new Force user.

Have you seen this:
Batman: Urban Legends #7 (REVIEW)

Williamson is doing some great work with this storyline and the Force Quest is something that Flash has needed as a character to take him out of his recent history of cleaning up his own messes as a storyline. It’s nice to see Barry back in the role of a student as well as see the evolution of Iris’ role. The introduction of Gemini as a threat is also an interesting addition to this story.

Sandoval has great art in this issue. So many of the panels show some beautiful details and powerful angels.