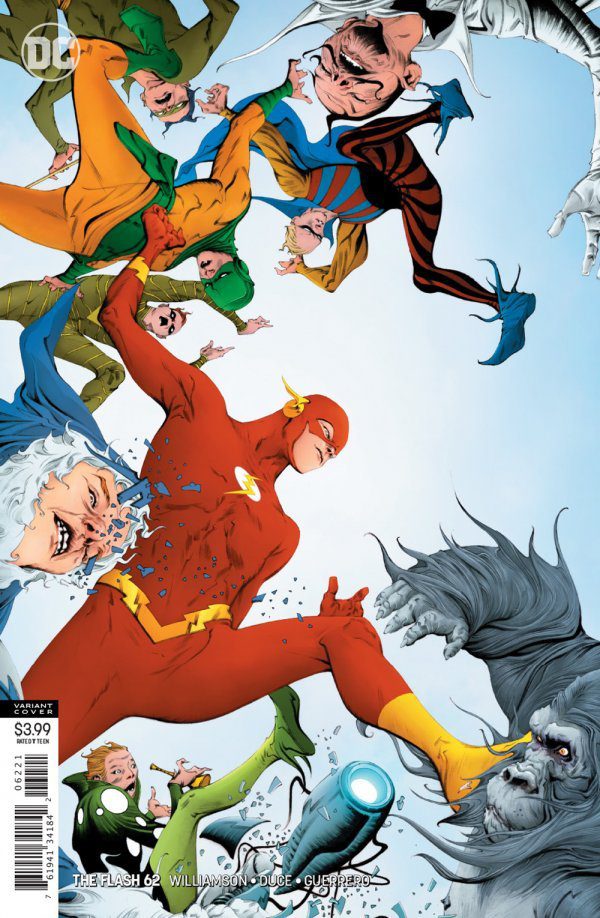 Barry and Iris team up with a new hero in a lawless town to take down Roulette.

Barry, Iris and Psych are staking out one of Roulette’s casinos because the Sage Force user is convinced that the master criminal is planning something big. After relaying his story telepathically to Barry and Iris, Psych tells them what his plan is. Barry is willing to help, but Iris is skeptical and it turns out that she has a reason to be.

When Psych dismisses her help, Iris takes a seat at the casino bar and strikes up a conversation with Magpie about their new teammate. Information that sheds new light on Psych and his actual mission. Unfortunately for all three of them, it might be too late.

As much as I enjoy The Flash as a character, Barry is starting to annoy me. Maybe that’s Williamson’s goal with the character in this arc and if it is, it’s effective. Barry’s inability to slow down and really observe the things that are going on around him is becoming a liability to keeps putting he and Iris in situations that are unnecessary. Falling for some cheap hero worship act is beneath the character and just felt like a way to advance the story along to the end reveal. What I worry about is that there will be no growth in the character despite twice now where his quest has put him on a path that almost got him killed.

There was a lot that I wanted to enjoy in this issue, but it was too predictable and Psych turned out to be nowhere near as compelling as his introduction was last issue.

Christian Duce’s art saves the day in this issue. Everything looked great. Hopefully, there will be something in the next issue that is worthy of the great art.