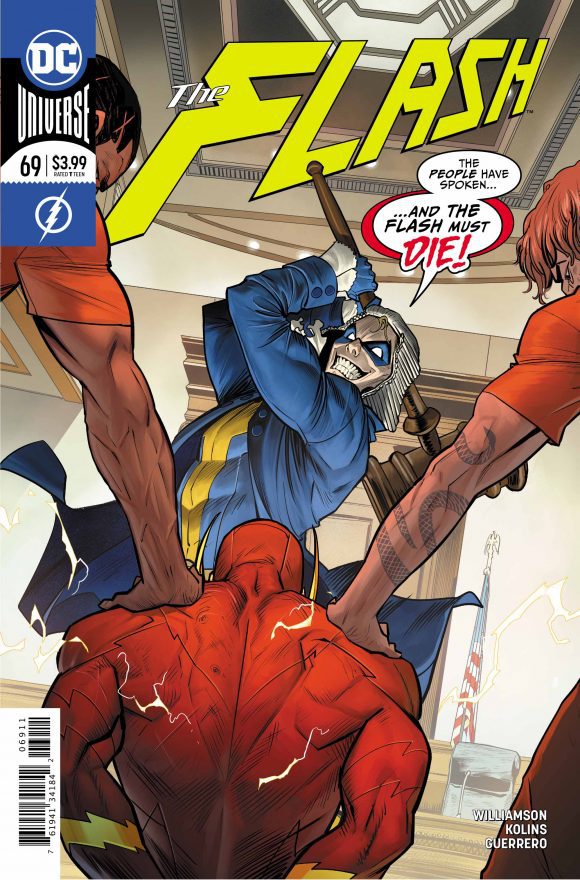 The Trickster is triumphant and all of the Rogues are winning right alongside him.

After tricking the citizens of Central City to attack each other, Trickster has released the Rogues from Iron Heights to rob the city blind.

Meanwhile, the Flash is dealing with the fact that he’s been made to believe that his legs have been cut off. Unable to act, he turns to Commander Cold for help and convinces the man that he needs to snap out of the trance Trickster has him under. As Trickster tries to get the approval of his grifter parents, Flash breaks out and goes after the villain. When he catches up to him, he’s given a choice. One that will force him to lose either the city or the Rogues.

Everything about this story felt predictable. There weren’t any surprises in either the character responses or the ultimate end of this particular plot. Trickster had to bring in his parents to show off and that would have to be a part of his undoing. As a reader, I was always in step with where this story was going and that didn’t make it compelling or entertaining. The introduction of a new character and his connection to the forces in interesting and the fact that he starts Barry on a new mission in his past is definitely more entertaining. I am interested in seeing where this part of the story goes and how it connects Barry to other events.

Scott Kolins art is great and there are some brilliant visual moments. I just wish the story were better.

The Flash
Did you miss breaking news?We publish new content every day.