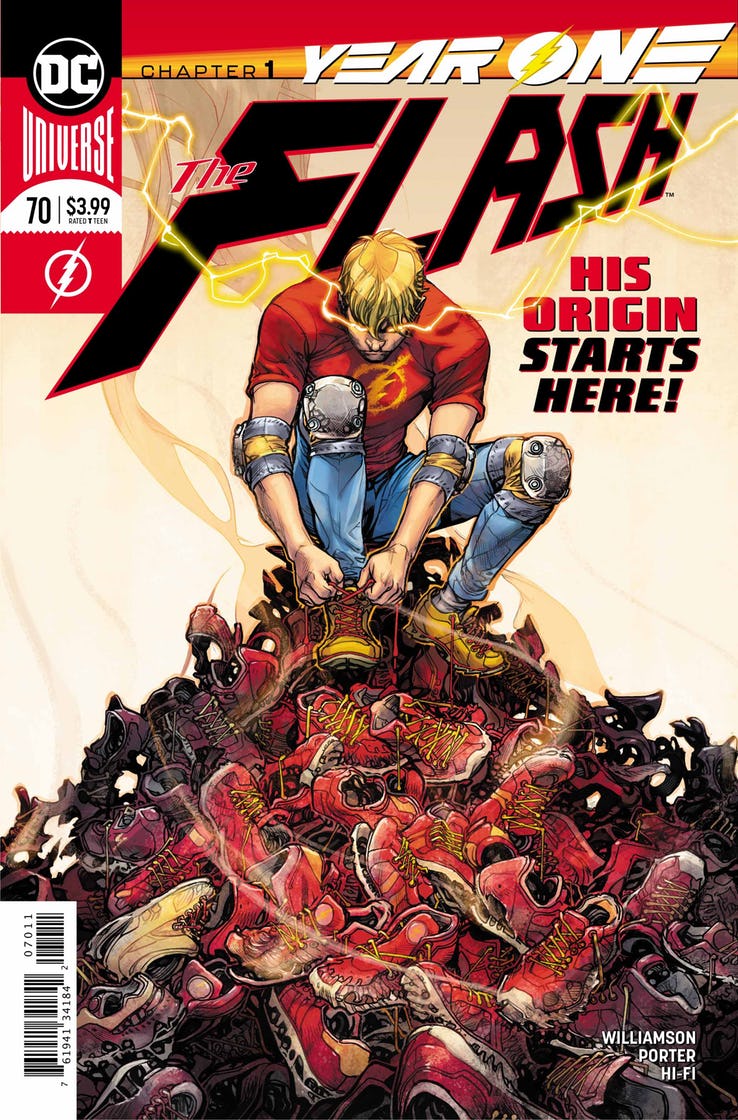 Barry Allen has always been the type of kid who believes in doing the right thing like the heroes in the comic books he reads. Even his mother knows that there is something special about him and she never wants him to lose that hope that drives him to do the right thing.

When Barry becomes a CSI to find out who really killed his mother and framed his father for it, he dedicates his life to the pursuit of justice even if that means sacrificing opportunities like time with reporter Iris West. After the accident that gave him his powers puts him in a coma, Barry emerges with a desire to find out what happened to him. He investigates his powers and pushes himself to the limit while learning about them.

Unfortunately, as he becomes more adept at them and at pushing them to their limits, Barry makes a huge mistake that lands him in the center of a new mystery to for him to solve; when is he.

Joshua Williamson is taking Barry back to the beginning to tell a new story for the hero. It’s a fun and engaging exploration of the mythology while adding a time travel twist to the narrative. I always enjoy seeing Barry be the scientist that he is. It’s always been an endearing contrast with his role as a hero. It’s going to be interesting to see how Williamson threads this story and what it ultimately is trying to reveal about the character.

Howard Porter’s art is fantastic. All of the details in both the characters and backgrounds are amazing and the story and art move fluidly.