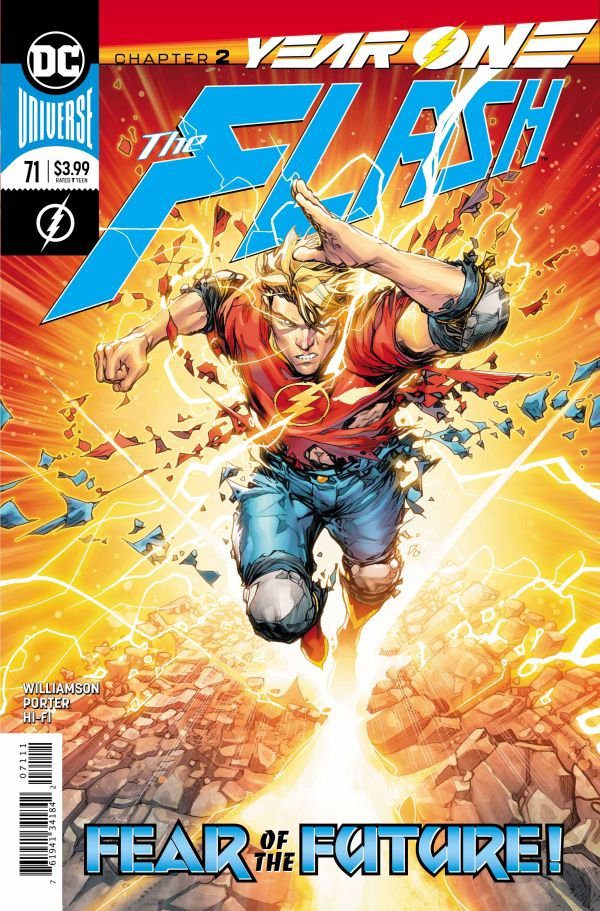 Barry Allen has taken a long strange trip in his first foray out as a speedster and it has landed him in a dystopian future where the Turtle rules over Central City with an iron fist.

After narrowly escaping a roving patrol, Barry and his future self must navigate through the city in order to find the one thing that both of them need, the Cosmic Treadmill. As future Barry works fast to get the device back together, younger Barry desperately wants answers. Answers that include who murdered his mother.

Older Barry warns him about that along with giving him some friendly advice about his personal life before sending him back to face a familiar threat in his own time.

Joshua Williamson delivers an exciting and fun interlude for Barry Allen in this issue. Not only does the story work for both the character and the action, but the attitude and demeanor of future Barry add a quirky charm to the issue and make the moments between the two of them more compelling.

Howard Porter brings some beautifully detailed and amazing art to this issue. Every page is filled with energy and movement that culminates in some great action-filled panels.