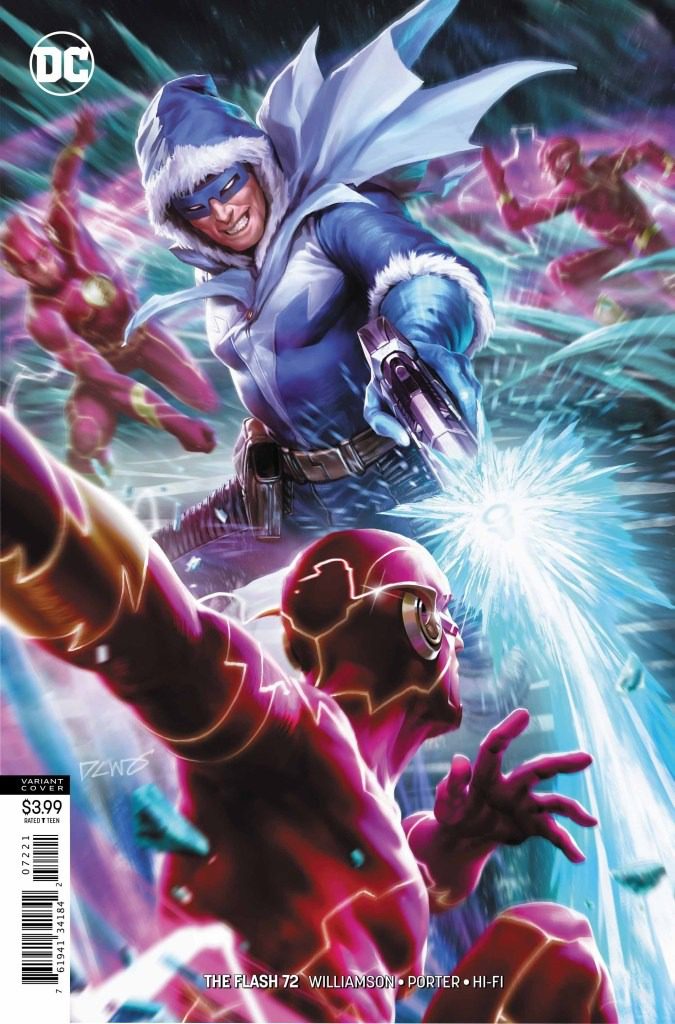 Barry Allen is back in the present and face to face with the man who will take over the city in the nightmare future he came from, The Turtle.

After some intense on the job training and trial and error, Barry manages to get the upper hand and take down the Turtle. Confident that he’s prevented the future he came from, Barry dives back into his personal and professional life starting with asking Iris out. As he begins to make his presence known in the city through his heroic acts, Flash feels good about making the decision to help others with his powers.

When Iris leaves to confront a murder suspect she’s been tracking, Barry finds himself racing to stop an armed gang who have Iris in their sights. Barry is going to learn a harsh lesson about the limits of his powers and the learning curve necessary to becoming the fastest man alive. Unfortunately, it might be the last lesson he ever learns.

Joshua Williamson does a great job of bringing the reader a version of Barry that is refreshing. Unsure of himself, but determined to do the right thing, Barry is presented as a work in progress and we get to cheer his struggle as he does the right thing. This is an entertaining and engaging issue both in its setup of Flash’s Rogues, but also in how it treats the Barry/Iris relationship.

The art by Howard Porter is beautiful. The action scenes are amazingly detailed and Porter captures the speed force and movement in the character perfectly.