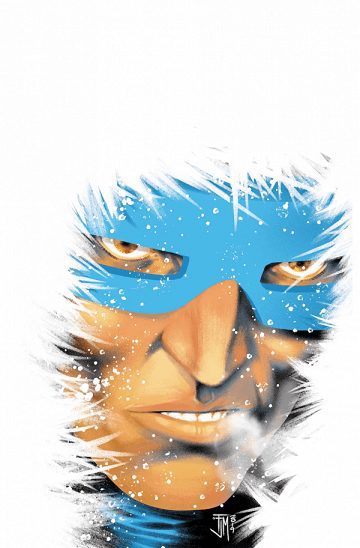 The Flash must confront two Turtles with the fate of the future in the balance.

The Turtle from the future has teamed up with his present-day self to steal Flash’s speed and control the world. After being told to run by his future self, Barry decides that the best way to stop the threat isn’t to run from it, but to run right into it fueled by the hope that he can win. His selfless act of heroism inspires the people of Central City to fight back, but will it be enough to stop both villains from slowing him down to a snail’s pace?

In the aftermath, Barry is confronted by a new wielder of the Still Force who has a story to tell him which will help him prepare for an even bigger threat coming on the horizon for the fastest man alive.

At the same time, Captain Cold has become disillusioned by the prospect of working for Waller and being the only one coming home from Suicide Squad missions. His survival instinct will attract the attention of Lex Luthor who will make him an offer.

Joshua Williamson gives readers the Barry Allen they want. The first two stories in this anniversary edition bring the character back to the roots of who he is as a hero and they not only culminate in a satisfying conclusion to the storyline but also lean into something even bigger to come. The final story with Cold is a great side story that showcases Snart’s motivations and what’s been holding him back. I can’t wait to see what he does with Lex’s offer when Year of the Villain begins.

Howard Porter, Christian Duce, and Scott Kolins deliver some great artwork in this issue. Porter’s work is the standout because he encompasses the action and movement of the character to great effect in his part of the story.