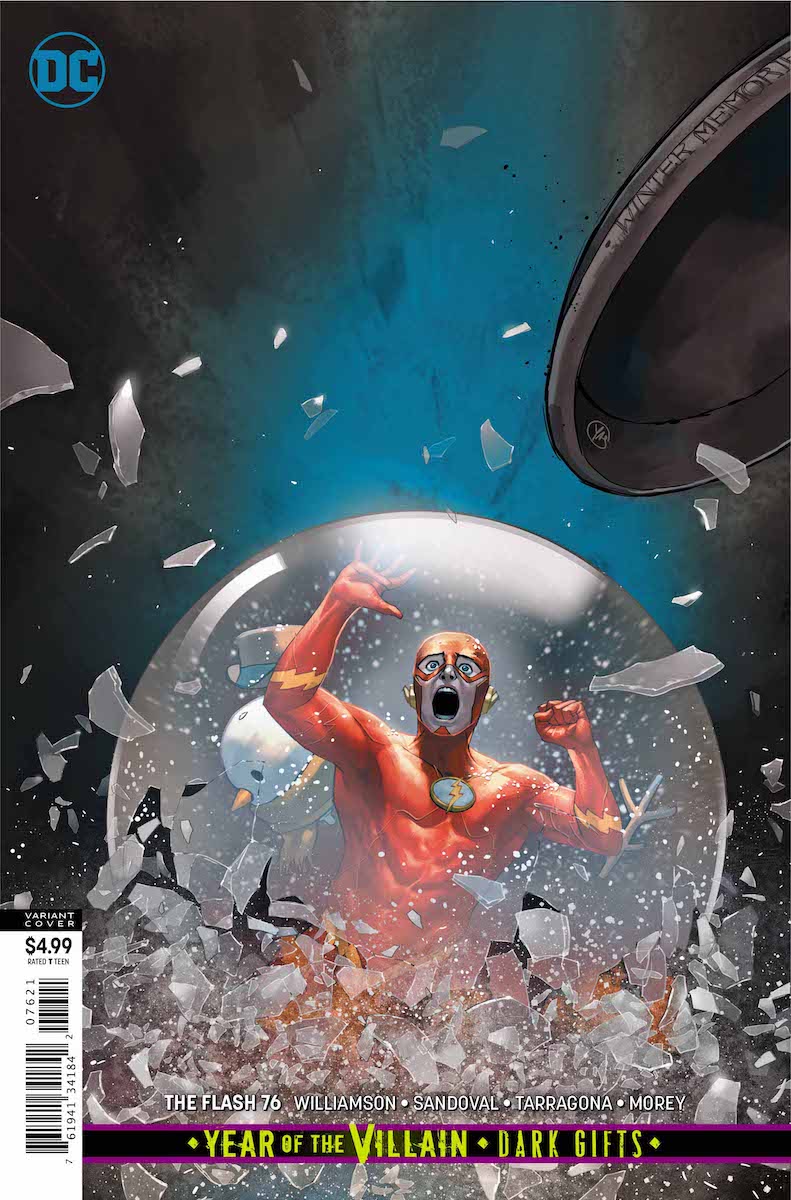 There’s a change in the speed force and the youngest speedsters are going to learn some harsh lessons.

When Barry shows up to save Wallace and Avery, he takes them to the new and improved Flash Museum. When he shows them the new Speed Force lab, he confesses that he hasn’t been the best mentor and vows to be better. Unfortunately, the appearance of the Black Flash puts a quick end to their touching moment.

At the same time, Heatwave gets recruited by Captain Cold to rebuild the Rogues with the technological gifts given to him by Lex Luthor.

Having Barry work to mend fences with the people he hurt is a welcome moment that Williamson handles beautifully by adding the Black Flash at the right time to add to the drama of Barry’s return. It’s a great moment that comes out of nowhere and surprises the reader at the end. The addition of the Captain Cold side story queues up some intense and intriguing drama to what comes next for the speedsters, Barry especially.

Rafa Sandoval delivers some amazing art in this issue. Everything is filled with a sense of speed and movement in the visuals. A great looking issue.