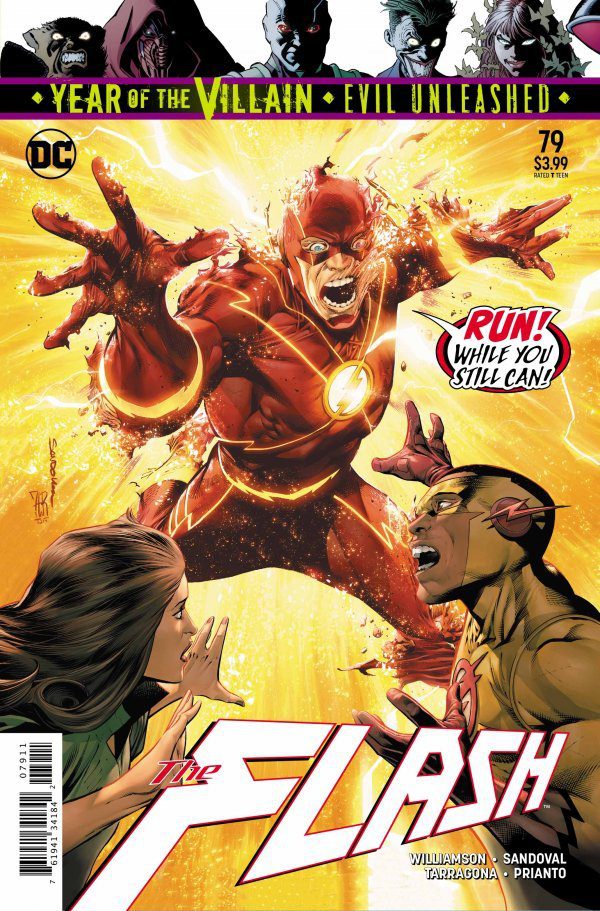 With Psych gone, the Speed Force is stronger, but the price is too high and will attract an even bigger threat to Barry.

Barry was too late to save Psyche and the consequence of his death is an increase in the Speed Force. Barry and Cold have to find a way to keep the last two force users alive and part of the plan will include keeping them from using their powers and hiding them from the Black Flash.

As Barry gets ready to move Steadfast, he gets an unexpected visitor; Iris. Her return has the unexpected consequence of bringing back Hunter Zolomon who attacks.

At the same time, Kid Flash and Avery have been tracking down and stopping the Rogues, but they have no idea that Snart has reassembled his team and is upgrading them with gifts from Lex Luthor.

Williamson nails everything that has been working with this storyline and these characters in this issue. Every part of this story feels relevant and none of it feels wasted. The plot is tight and moves at a great pace that is both ominous and exciting. I like the dynamic between Steadfast and Barry. Their interactions are engaging and reveal more about Barry’s thinking and motivations. Bringing back Iris and including the situation with Wally was well done and everything with Snart and the gathering of the Rogues has been executed perfectly.

Sandoval has some impressive and dynamic art in this issue. The art pops off the page and is filled with action and movement.