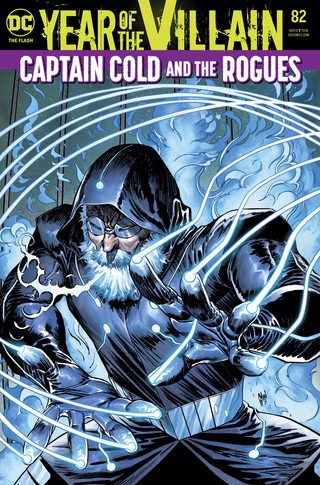 The Rogues reign over Central City and resistance formed to stop them will find that prospect next to impossible.

Cold and the other Rogues are in control. From his new headquarters, Cold rules over the city as small pockets of resistance are stamped out one by one. With everything under his control, Cold finds himself bored with the burdens of leadership and uninterested in the petty robberies popping up in his city. When he confronts the rest of the Rogues with the crimes, they scoff at him. That’s when he realizes something else might be going on under his nose.

At the scene of another robbery, Cold decides to intervene personally and finds himself in a confrontation with Avery, Wally, and Commander Cold. A confrontation that not everyone will survive.

Central City is under siege again. The Flash is missing again. As well as Joshua Williamson writes this character and his world, I can’t escape the fact that this story doesn’t feel new or innovative. It isn’t the fact that we’ve been here before. It’s the fact that we’ve been here before several times recently. From Grodd to The Turtle to Trickster, this same scenario seems to keep playing out incessantly and it becomes a relentless wheel of the same plot and the same themes. I couldn’t find anything in this issue that was surprising or engaging and even the twist at the end fell flat.

Rafa Sandoval delivers on the art and the issue is visually interesting, but the story is an exercise in “been there, done that”.