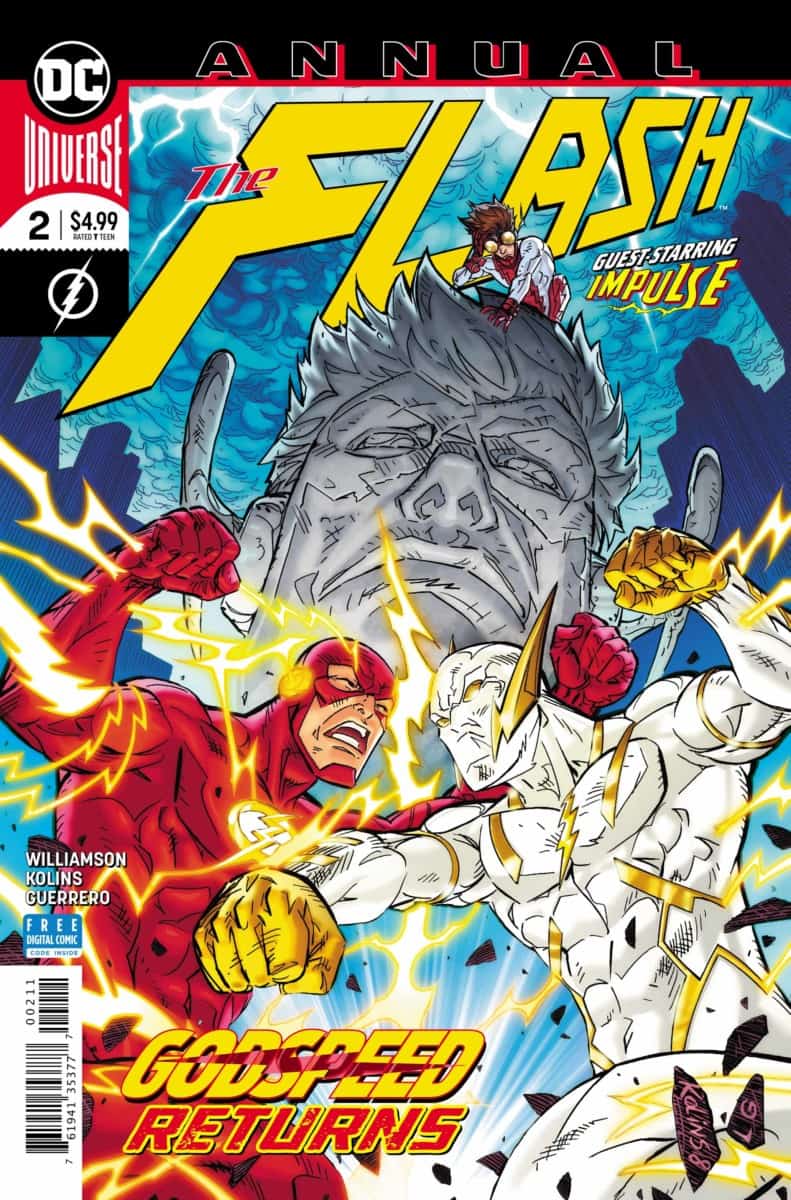 The death of one speedster is the catalyst for the return of two more.

Connecting to the events of Heroes in Crisis, Wally West is dead. As Barry mourns his loss and takes off to work through his feelings, Bart Allen manages to find his way to the present in search of his family. Things don’t go well for him and he’s forced to look for someone he can talk to.

Barry finds himself in the Speed Force trying to find answers. He’s confronted and attacked by Godspeed and the two of them race throughout the city as the villain targets Meena, Wallace and Avery. Barry and Godspeed battle throughout Iron Heights and it begins to dawn on Barry that something is different about this attack. Something that he deciphers from a clue Godspeed gave him during the attack.

After Godspeed is driven back to the Speed Force, Barry has to take the hard step of telling Iris what happened and his priorities drive a deeper wedge between himself and Wallace.

Williamson does a great job of tying all of these storylines together in this annual and all of the seeds being planted for what is to come make this issue worth reading. There is a lot to unpack in this issue, but the pace of the story allows those revelations to manifest clearly for the reader. The tone is dark and somber, but it continues to be entertaining on many levels.

Scott Kolins’ art is dynamic. Every panel with one of the speedsters gave off a sense of motion and speed through the visuals. A great looking issue.