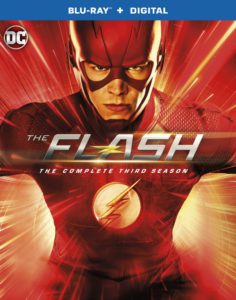 The fastest man alive returns in the third season of CW’s The Flash. This time around, Barry has created an alternate timeline called “Flashpoint,” but he and Reverse Flash are the only ones who know the difference. Nobody seems to be happy with Barry’s decision to change their histories. One by one, they all learn what he did and how it affected them. The start of this season is unique in that it almost makes The Flash into the bad guy. Of course, you have his normal rogue gallery of villains, but they are a very second place to Barry trying to fix what he broke. This season runs like a roller-coaster in a couple different ways. The most important being the emotions it sends you through.

There are characters that you do not know if you can trust, then you trust them, then you question it again. Along with that, there is the relationship of Barry and Iris (which I will go into more detail in the spoiler section) and the “will they, how will they?” dynamic they have going. Then you have the filler episode problem that a lot of comic book themed shows have. There are 23 episodes in season 3 and we might need 18, 20 at the most. I know they have a quota to fill, but the plot could have been a lot tighter if they would have chopped a few hours. That being said, even the filler ones have at least one event or line that you will need to remember for later.

Two things that I really enjoyed about this season are the same things I hated from the previous one. First, the big bad, Savitar, kept me guessing and the reveal actually surprised me. This is a nice contrast from season 2 when we learn who Zoom really is. The other thing that season 1 and 2 were missing was a consequence for Barry’s actions. Assuming that the production photos for season 4 are either lying or being misinterpreted, The Flash is going to have to pay for the times he has used his powers for more selfish reasons. I have a healthy skepticism that season 4 will let this play through. They do not seem to want the Scarlet Speedster to suffer for too long. Thankfully October is only a couple months away! 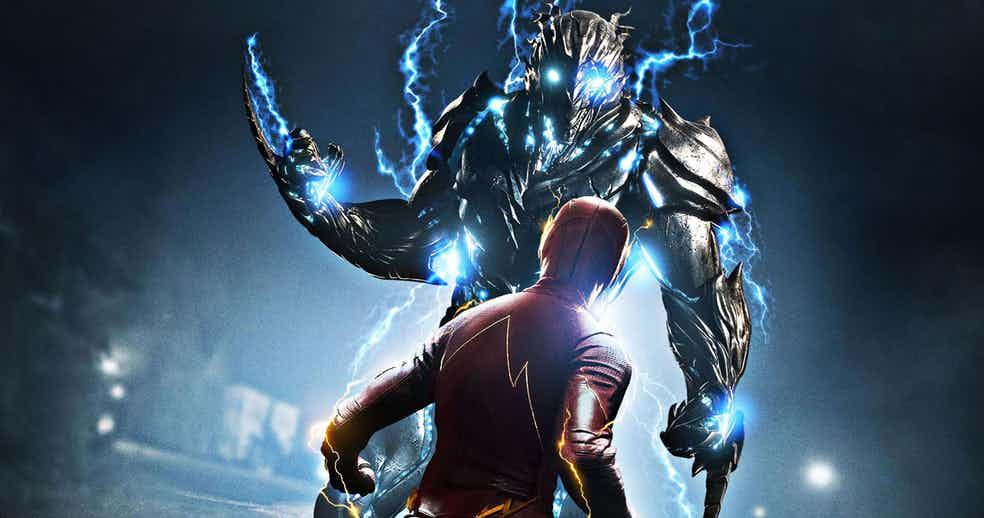 Speed down to my rating to avoid spoilers!

By now we all know that Barry became The Flash due to a series of life events starting with the death of his mother. Yet, the writers keep finding ways to remind us of this fact. I understand that Barry misses his mother and most of us with the power would do what we could to bring back a loved one. The problem with our hero is, he has messed with the timeline and speedforce before and things did not go well. So why does he do it again? My guess is that the writers felt that they had to use the Flashpoint idea from the comics in their show. Once I got over my main gripe, the season turned out to be a little predictable, but very enjoyable. 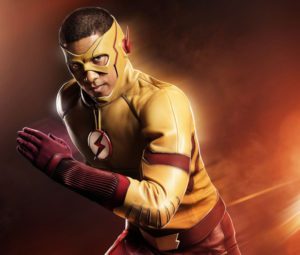 The Flash Team basically writes out the events that will happen throughout each episode. Because of this, when Grodd shows up, and we get a musical episode, it is not a shock. As I stated above, I wish this season would have been shorter. If they would have taken that route, we could have combined the two gorilla episodes and focused more on the Savitar story. If you are going to have a big bad that ends up being an evil version of the hero, take the time to flesh it out. By the time the secret is revealed, there is very little time left to have the two Barrys fight it out. Everything gets pretty rushed by the end. The things that this season does very well is character development.

Characters like H.R. and Julian become the ones you hate and then love. I do think that says more for the acting of Tom Cavanagh, who has played the same character in multiple ways now, and Tom Felton, who still radiates Draco Malfoy. I did shed a few tears when H.R. took Iris’s place and literally died for her! The other stand out performances came from Danielle Panabaker and Keiynan Lonsdale, Caitlin Snow/Killer Frost and Kid Flash respectively. I enjoyed seeing the growth of Wally West into Kid Flash, Lonsdale did very well both in and out of costume. Panabaker, on the other hand, plays Snow very wooden and dry, while making me really believe in the emotions of Killer Frost. Since they left her story-line open ended, I am hoping to see more Frost and less 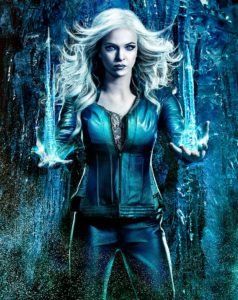 I want to talk about people having to pay for their actions. One of the things we are supposed to learn from superheroes is that actions have consequences. When a bad guy does something, they have to serve their time, it happens again and again. But what happens when a good guy messes up? Are they supposed to get a slap on the wrist and then everything turns out alright? Besides Iris breaking off her engagement with Barry, he gets no punishment for his lies and manipulations. Then the final scene of the last episode ends. The speedforce wants Barry to serve his time. It would seem as if The Flash will be no more, with Barry doing the bidding of the powers he abused for his own benefits.

My bet is that Barry will somehow get out of his purgatory and return to Central City. It is no surprise to me that he never learns his lesson. Do you agree or disagree with me? Did I leave out something you would like to talk about? Leave a comment below or message me on Twitter!