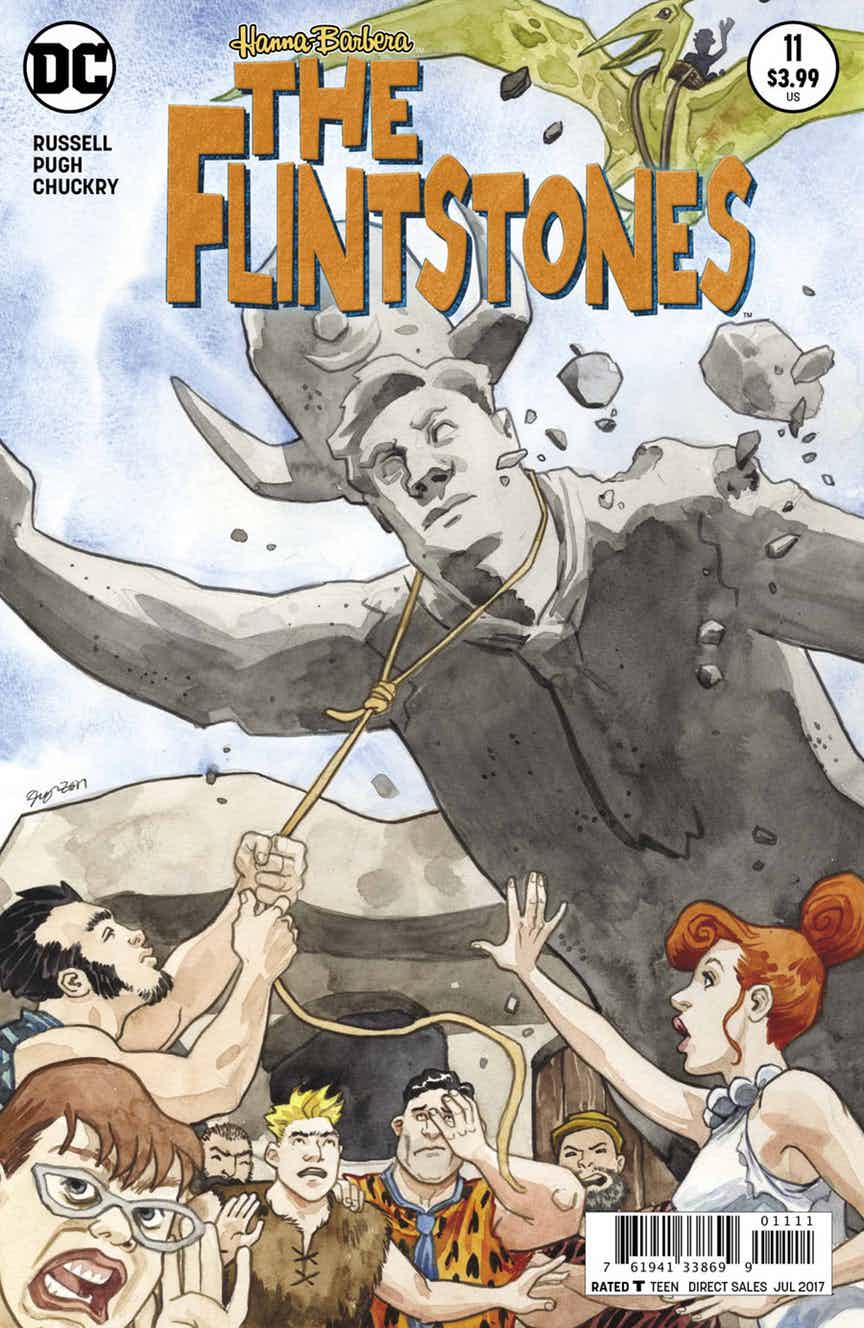 The Flintstones remains one of the most socially relevant titles on the market. After 11 issues, Mark Russell continues to find meaningful and biting ways to reflect the current American culture back at readers. The Flintstones #10 contained poignant criticism about racism mixed into one of the four plot lines of the issue. Russell scales back the plot lines in this issue and the book flows better for it. Issue #11 contains two central plot lines that both coalesce around the judgmental nature of groups.

Fred and Barney are faced with a growing number of new BedRock residents trying to gentrify the neighborhood. The suggested changes first come in judgmental side comments, then the new neighbors become more forward and ultimately take action.  When the new residents cannot change Fred’s stance, they take action to isolate him and his house. Over the last ten issues, Russell’s commentary was equally biting toward both liberals and conservatives. Here Russell takes on urban, upscale liberals not looking to object to a person’s lifestyle, but concerned that it hurts their own image.

The second plot involves a group of judgmental aliens. The great Gazoo, the alien observer, is pulled back to his home planet and told that a group of planetary 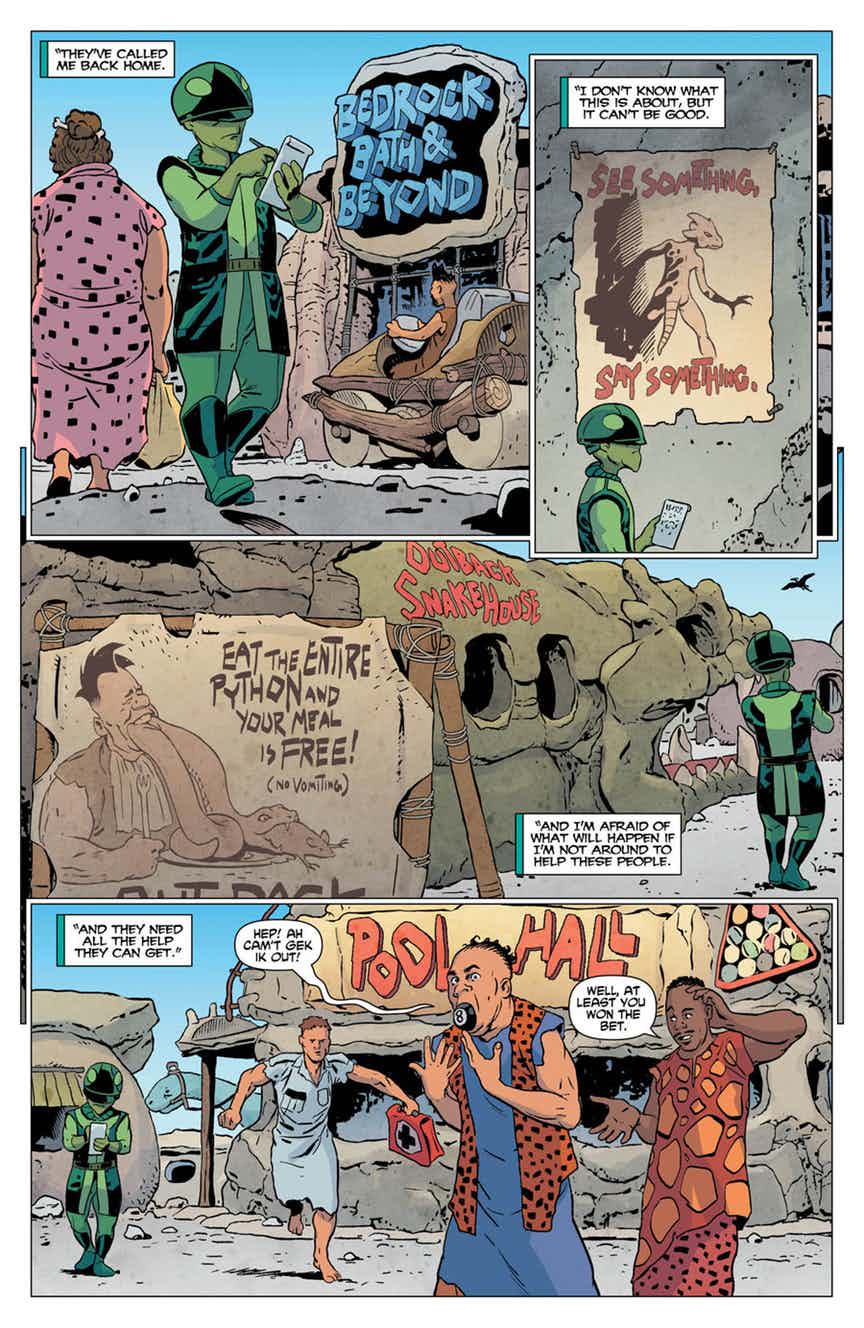 neighbors is coming to judge earth. If the story parallels were not obvious, the planetary neighbors set to judge the worthiness of Earth are called the “Neighborhood Association.” Their duty is to determine if new planets and species pose a threat to the existing way of life in the universe. If there is a threat, the Neighborhood Association destroys the planet. Again Russell reminds readers about the costs of judging others and the narrow minded assumptions that humans impose on each other. Gazoo becomes humanity’s advocate, but is aware that human nature is often not to be modeled. Humans are often selfish, greedy, and violence. Gazoo’s solution to the alien judgement is a gently reminder that sometimes the most loving and open are not always the most complex individuals.

Russell has time and again held a mirror up to human nature to reflect back our own ugliness. The Flintstones #11 reminds readers that judging others or groups, based on one’s own set of beliefs, creates more problems than it corrects. Russell reflects that through the abstract world of BedRock, but the criticism for modern day is relevant. To say it in stone aged speak, “No judge, understand.”