We here at The GWW love good movies, especially animated ones. We decided to pick our favorite DC Universe animated ones in honor of Superman: Red Son. We had to pick from a Catalog of 37 films. Most of the movies are part of a DC continuity story and others are standalone films. 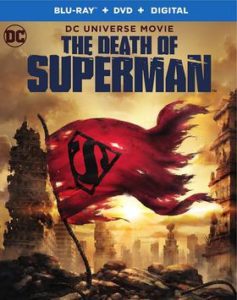 The DC animated film Death of Superman stands out among the string of New-52 styled animated films as it almost perfectly encapsulates the meaning of Superman. The film grasps at what the “Superman” means to the American public as well as characterizes Superman perfectly as a benevolent and caring guardian of humanity. What really causes the film to shine is the little details in which Superman is humanized. At one point during the battle with Doomsday, Superman completely abandons his gladiator match to save a small child and his toy. The child is evidently shaken to which a bloody and beaten Superman smiles and reassures the child. Earlier in the film Superman thwarts an intergang attack on a bank and saves the day as usual. During the cleanup of his scuffle, Superman stops to take a picture with his “buddy” Bibbo bowski, a former fisherman and now restaurant owner. Superman in this film doesn’t carry himself like a god, but a servant of the people. The film understands the very core of Superman as a champion of humanity and a guardian of all peoples. The film fits very well into the established animated film continuity as we’ve seen this version of Superman across multiple films grow and evolve as a character. The film also nails the other Justice League members while keeping the focus on Superman and his life, or moreso his death. This film understands more of what Superman means to the people and his significance. The film encapsulates the beauty and iconicity of Superman that no film live action film has managed to showcase to audiences.  The film is not without its flaws as some characters are much less interesting and come off as rather annoying but over a solid film. If this film could be properly translated to the big screen with the same quality it could very easily join the billion dollar club. 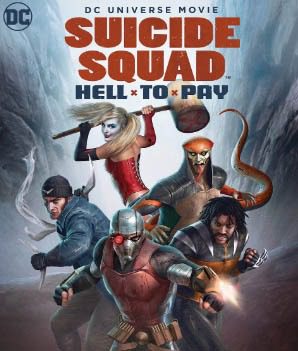 I love the DC animated universe. It really does a fantastic job of adapting some of my favorite DC Comics for the small screen. From Flashpoint, to Justice League DOOM and even Aquaman, The DC animated world has achieved what the live action world seems to struggle with in that they can accurately portray classic comic book tales in a medium everyone can enjoy. But when asked which of these cartoon classics is my favorite the choice was easy. Justice League: Crisis on Two Earths, pits our titular heroes against evil alternate versions of themselves, hellbent on controlling and ruling the world the Justice League protects. The Crime Syndicate as they are called in their home world are led by the ruthlessly vicious and calculated Owlman, whose ultimate plan is not to take over Earth but to eliminate the multiverse. Boasting a stellar voice cast that includes William Baldwin as Batman, James Woods as Owlman and Nolan North as Green Lantern, Justice League: Crisis on Two Earths tells a gripping story, with intriguing villains that give the League a run for their money. I really love the juxtaposition of good and evil it presents and the ultimate question Owlman man poses as she unleashes his ultimate plan “What’s the point?” Owlman is what really sells this movie as we get a villain that mirrors Batman in his determination, planning and execution. Everything about Crisis on Two Earths is so over the top and so inherently DC, I’d argue it’s a must own and watch for any fan of the comics. As cliche’ as it sounds it really does have it all in terms of action, spectacule, the multiverse and DC canon. I fucking love it!

Runner up: Aquaman: Throne of Atlantis, any medium that can make Aquaman look like the ultimate badass next to the likes of Batman and Superman deserves a mention. This storyline is so good they basically ripped out its best elements for the big screen adaptation that has now surpassed 1 billion at the box office. Pretty good for a guy who talks to fish.

Have you seen this:
TLDR FRIARSIDE CHAT: Scott Snyder - Nocterra 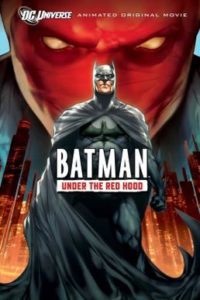 DC does an outstanding job with its animated movies. That only makes their mistakes with the live action movies more frustrating.

Now, I love Batman: Under the Red Hood. Judd Winick did a great job of using the story he wrote, Under the Hood, while making it different. Also, this is Red Hood at his best — back when he always felt his pistols always provided the best answer.

That being said, I think Suicide Squad: Hell To Pay is the best representation of the difference between DC’s animated movies and the live action ones. Hell to Pay was everything 2016’s Suicide Squad should have been. There was a ton of action, no one was safe and, most importantly, nothing was forced — so no unnecessary subplots. 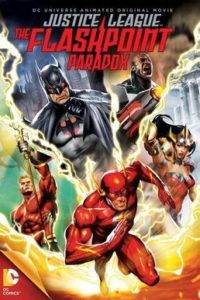 This was the movie I was waiting for DC to make. Outside of the Dark Knight Returns, Flash Point was one of my favorite DC events that has happened recently. It was able to incorporate all the tie ins nicely and tell a coherent story. One of the lasting imprints of this move was when we see Eobard/Reverse Flash still with the bullet hole in in Suicide Squad: Hell to Pay. This movie was one of the more faithful adaptations of the source material and it translated so well into a movie.

Runner Up: Batman the Dark Knights Return. This is an amazing movie just for the first part of Bruce Wayne flipping his sports car and saying “This would be a good death…… But not good enough”. Just hearing Peter Weller say those iconic Batman words, gave me chills.