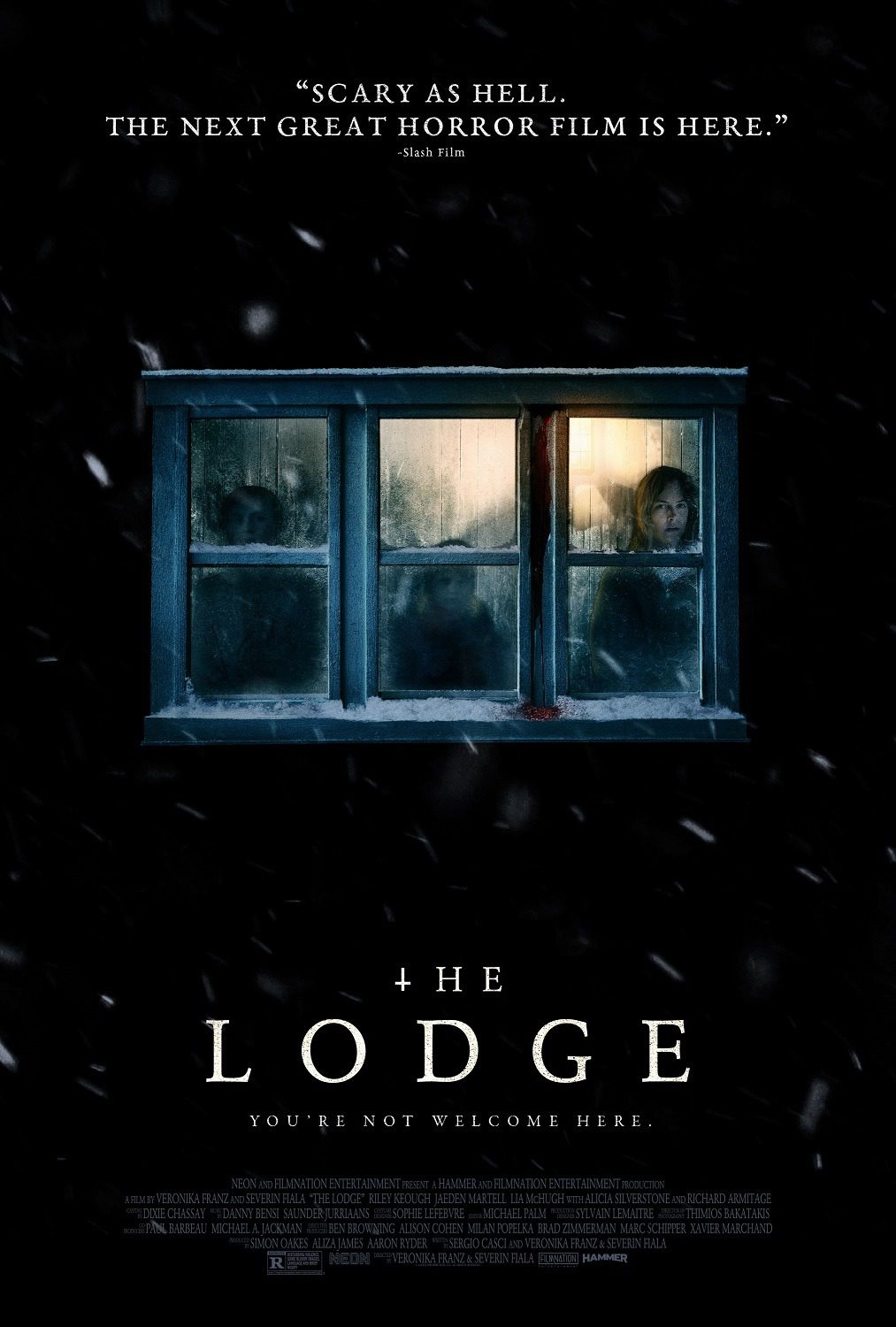 Beginning with horror and ending in tragedy, the miniseries Chernobyl is almost incalculably bleak. The reason it’s so emotionally devastating, however, is not just the terrifying depiction of the reactor core meltdown, or the body horror that comes from the resulting fallout. It comes from the people it happens to. The men and women who handle the disaster have humor, grace, and courage. It makes it all the more riveting when they attempt to stave off the damage from an event that has never occurred on this Earth. We don’t only want them to succeed because they will save Europe. We want them to succeed because we also like them.

“The Lodge” is another overwhelmingly bleak work, but in this case, the mood works against it. Everything else is up to par. Its filmmaking is satisfactory, its cinematography is absolutely beautiful, and the central performance of Riley Keough is a great one. Finally, it may be a cliche statement, but the setting truly is one of the main characters here. The titular lodge is equal parts cozy and eerie. It looks like a perfectly nice spot to spend a Christmas vacation, but as the stakes continue to grow and grow with each passing minute, it takes a more ominous quality. A quality that’s highlighted by the blinding whiteness of the snow outside. A whiteness that starts to feel alien. While the darkness brings its own set of terrors, the light scares us here as well.

Its main problem, then, comes with its human characters. They are an unbearably miserable bunch who I never found myself wanting to connect with. As the cast’s circumstances grew increasingly dire and desperate, I didn’t find myself hoping for them to survive. I wasn’t frantically hoping for some miracle to save them from the cold world around them. Instead, I consciously kept myself at a good safe distance. No characters in The Lodge do anything to make you support them. So why would you root for them to survive? Where the film was seeking emotional devastation, I found myself shrugging my shoulders. Are the circumstances unpleasant and depressing? Certainly. But it matters very little when it’s happening to characters you don’t like.

Which brings me back to my original problem with The Lodge. It’s fine to pursue a tone that is so depressing. The technical craft of this film suggests that filmmakers Veronika Franz and Severin Fiala intentionally made their characters so difficult to empathize with. But as a result, they hold the audience at a distance. If these characters were meant to be as unsympathetic as we see them, it’s something that should have slowly been revealed rather than made so obvious from the outset. What we’re left with is a beautifully shot, well-acted film with several moments of genuine intensity, but leaves us feeling antipathy rather than empathy. Which isn’t to say that The Lodge is a bad film. Merely that, as far as horror goes, it could have been much better.